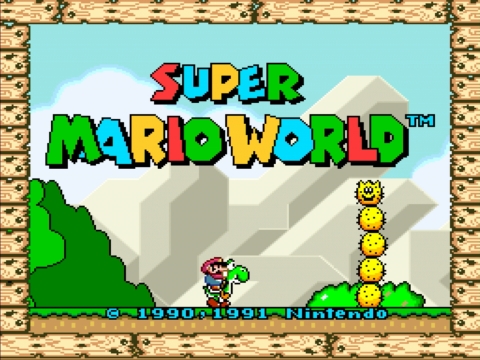 I got home this morning to find that my Wii U was ready to perform an update. I’ve been playing with it for months now and haven’t seen an update for a while but this is a major update and it adds a bunch of new features and sets up some other features that are coming soon. I’m excited for the virtual console games that can be played on the gamepad. For nostalgia’s sake I’d enjoy playing excite bike, Metroid and Ice Climber once again. While I do still have those actual games in a box somewhere along with my NES, which I’m saving so that I can torture my kids some day and show them what I had to play as a child as opposed to the amazing games they will have available to play. We played with dots and blocks and liked it! Here’s more info on the update.

REDMOND, Wash.–(BUSINESS WIRE)– The next major system update for Nintendo’s Wii U home console after launch is now available for download. The update delivers a host of new services and enhanced features, such as improved stability and performance, as well as faster load times when switching between applications. The update also lays the groundwork for the imminent launch of the Wii U Virtual Console service. Wii U owners also will soon see the launch of Wii U Panorama View.

“Wii U continues to grow and evolve with new features that make it a better experience for everyone,” said Reggie Fils-Aime, Nintendo of America’s president and COO. “Now owners can navigate to their favorite games and services even faster, or play some of their favorite classic games.”

Here’s what the system update delivers:

As previously announced, additional features are scheduled to be rolled out a short time after the update goes live. Wii U owners can soon expect to find:

Each game in the Wii U Virtual Console library has been developed to include off-TV play on the Wii U GamePad controller, customizable controls, Miiverse community support and the ability to instantly save game progress. NES games will cost $4.99 to $5.99, while Super NES games will cost $7.99 to $8.99. People who have already downloaded these games to their Wii System can transfer them to their Wii U consoles and play them in Wii Mode at no charge. To upgrade and take advantage of the improved Wii U features, they can purchase them at the special discount price of just $1 for NES games and $1.50 for Super NES games.

Wii U Panorama View opens a window to the sights and sounds of some of the world’s most exotic destinations. Wii U owners use the GamePad controller to look in every direction to control an immersive 360-degree video guided tour as these destinations come to life from the comfort of your living room. Imagine catching all the sights during a tour of London on a double-decker bus or exploring the streets of Rio de Janeiro during Carnival. Wii U Panorama View will be available as a free downloadable demo from the Nintendo eShop and includes a sample of different experiences the application has to offer. The full versions of each individual video tour can be purchased for $2 each.

Remember that Wii U features parental controls that let adults manage the content their children can access. For more information about this and other features, visit http://www.nintendo.com/wiiu.

About Nintendo: The worldwide pioneer in the creation of interactive entertainment, Nintendo Co., Ltd., of Kyoto, Japan, manufactures and markets hardware and software for its Wii U™ and Wii™ home consoles, and Nintendo 3DS™ and Nintendo DS™ families of portable systems. Since 1983, when it launched the Nintendo Entertainment System™, Nintendo has sold more than 4 billion video games and more than 651 million hardware units globally, including the current-generation Wii U, Nintendo 3DS and Nintendo 3DS XL, as well as the Game Boy™, Game Boy Advance, Nintendo DS, Nintendo DSi™ and Nintendo DSi XL™, Super NES™, Nintendo 64™, Nintendo GameCube™ and Wii systems. It has also created industry icons that have become well-known, household names such as Mario™, Donkey Kong™, Metroid™, Zelda™ and Pokémon™. A wholly owned subsidiary, Nintendo of America Inc., based in Redmond, Wash., serves as headquarters for Nintendo’s operations in the Western Hemisphere. For more information about Nintendo, please visit the company’s website at http://www.nintendo.com.