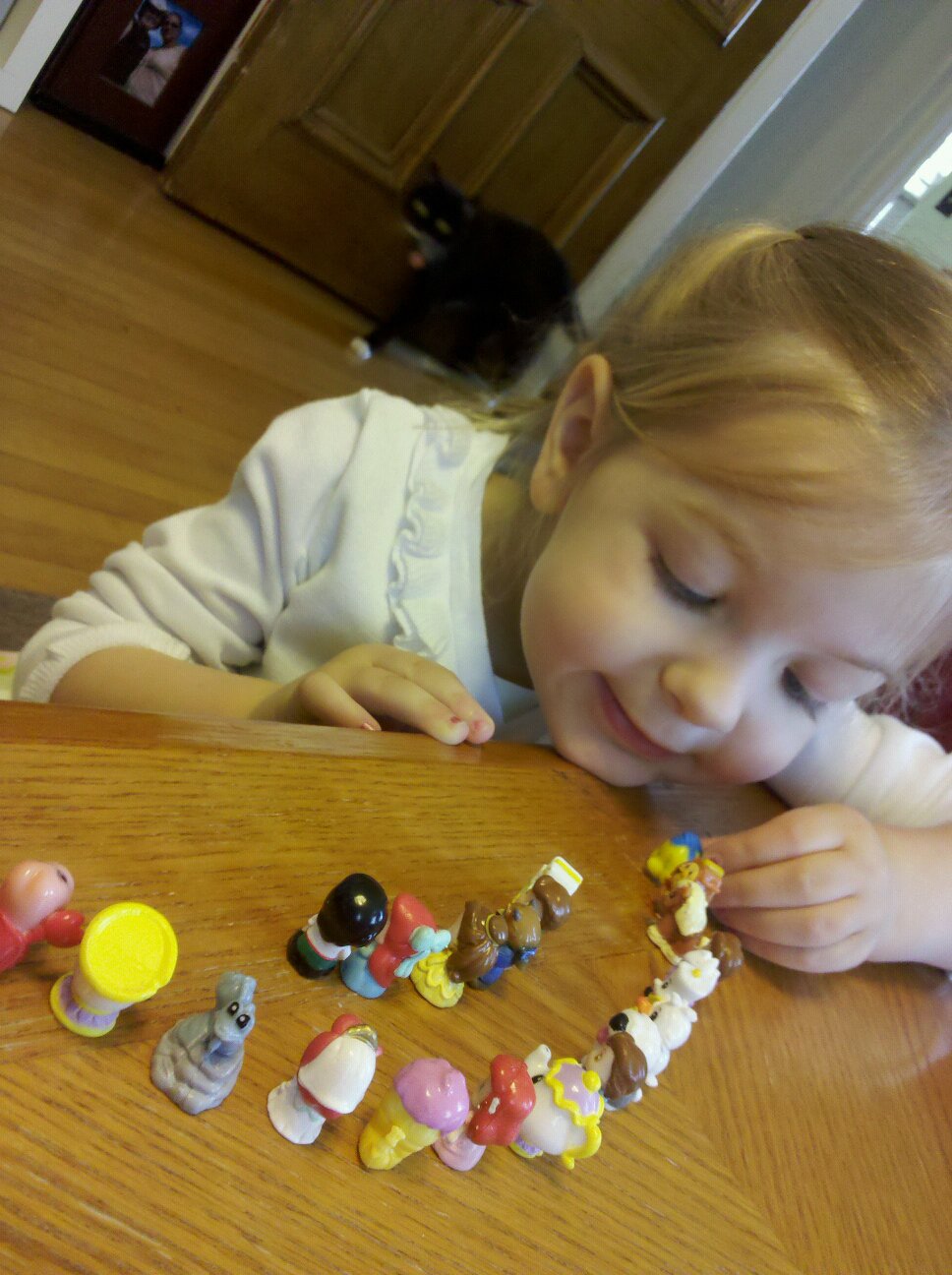 I collect stuff. I always have. When something comes out that is collectible I feel an insatiable need to get everything in a whole collection. I know that it is nearly impossible to keep up with something that gets very popular. Take for instance the Die Cast cars from the movie Cars. When they came out originally I tried to buy all of them. I thought, naively, that only the main stars of the movie would be made into die cast figures. So I figured that this would be relatively inexpensive for me. WRONG! The case above is of the main characters of the first Cars movie. I thought that they looked great and so I picked them up. Then a bunch of new sets came out and then nearly every car in the Piston cup was released and then people in the background and more. It is insane how many cars have been released. Keeping up was not an option especially when you can pick up a Hot Wheels car for under a buck and these went between $2.99 and $5.00. So I stopped collecting Cars. Of course the new movie is being released soon and a whole new wave of temptation will be coming.

The thing that I collect most consistently has been Transformers. I’ve got boxes and boxes of them. I’ve done so since 1984. I still buy some. I don’t try and get them all. I hate the movie related toys because they are terrible but I do like the toys inspired by the Generation 1 toys. There is a whole new wave of them soon to be released and I’ll look into picking them up but I’m not completely crazy with the collecting of these toys, in that I don’t have to have them all.

Comics, Stickers, Books, LEGO, Transformers, Action figures, Trading Cards, Disney Pins (which were stolen), Harley-Davidson (I traveled all over the country buying these) and more. I’ve got collections. Now that I have a daughter I’ve got other things to collect. My Little Pony, Strawberry Shortcake, Disney Princesses and their related paraphernalia. The latest thing that entered our lives has been Squinkies. 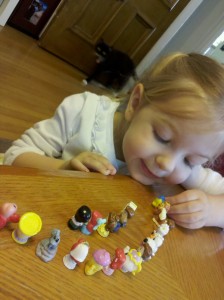 Squinkies are cheap rubberized little figures that are cute versions of things you know. Squinkies have licences for Marvel, Barbie, Hello Kitty, Cars, Hot Wheels and Disney Princesses. They are collectible in that they have a ton of them, there are so many sets of these things. We picked up two of the Disney Princess sets for Eva for Easter (They fit in the eggs perfectly). I looked at the Squinkies site and saw that there were Squinkies Marvel characters. 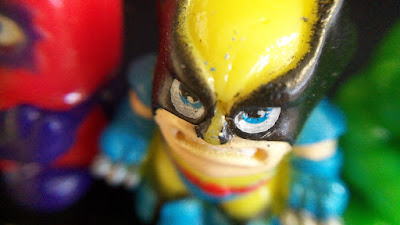 I’ve been consuming the DVD series The Avengers: Earth’s Mightiest Heroes. There are two series of the Marvel Squinkies (2 12 figure Bubble sets) and they had The Hulk, Captain America and Thor. I went and picked up the Series 1 set. I did not get the Series 2 set because every character was exactly the same as the Series 1 set. Only difference was that the characters were made in a more translucent rubbery substance that may or ma not have hard glitter. The only character in that whole set that was any go was The Human Torch. The Human Torch is in his “Flame On” mode. The rest of the characters have a sort of translucent color but nothing else is different. This is how a collector can get sucked into completely wasting extra money to complete a set. I’d much rather have the “Flame On” Human Torch than the Johnny Storm Figure who looks like he is holding a yellow Marshmallow peep. 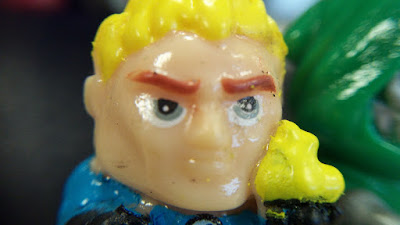 I figure that by this time next year there will be over 100 Marvel Squinkies but only 50 molds.

I’m not sure what the next sort of collection will be. I’m not sure if I will be thinning out my collections either. We’ll be moving in a couple of months and I’m excited because we will have an attic where I can store much of my collections. I might even document all my collections in my spare time. Hmm. Might make for a new series for the blog.