Tonight I was an officiant of my cousin Carissa’s wedding vow renewal ceremony to her husband Sam. They were married in California back in April but wanted a ceremony here for the East Coast family. And they asked me to be the officiant of the ceremony. It was a very nice honor to be asked and I hope that I performed adequately.

More than five people asked if I was a JP and when they found out that I was not and it was my first time as an Officiant I was told that I should be a JP, so I guess I did okay.

Eva was the flower girl and my cousin Shaun’s son was the Ring Bearer. I snapped this cute photo of the two kids before the ceremony. 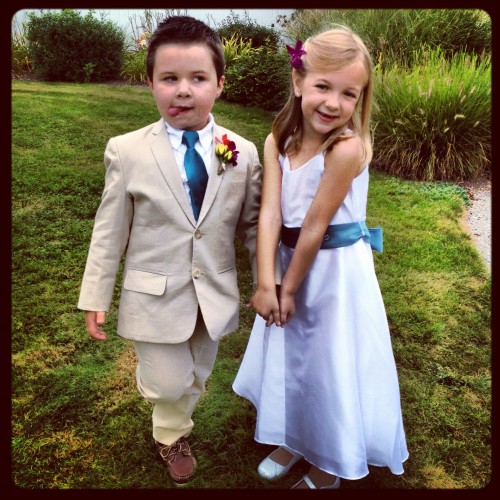 It was a very nice night and the kids had a great time. Andrew was running all over the place and Eva found a friend about the same age and they spent the whole night dancing and playing together. Lots of running and glow sticks were involved in the fun. I’m so happy seeing Eva make friends and have such a good time. 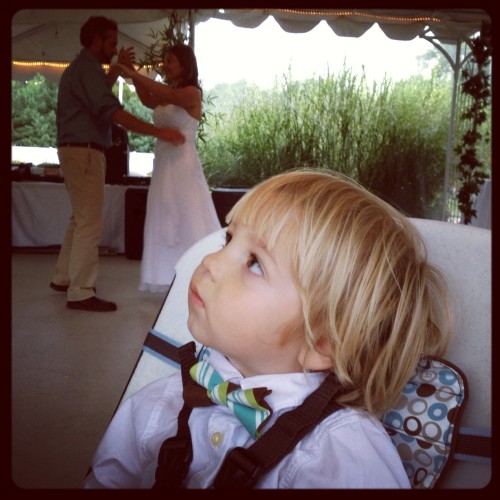 This photo struck me as funny. Andrew was looking at the ceiling during the first dance. If I drew a though bubble and put Carissa and Sam in it, it would look like Andrew was thinking about them or something like that.

2 thoughts on “I Performed a Wedding Vow Renewal Ceremony”