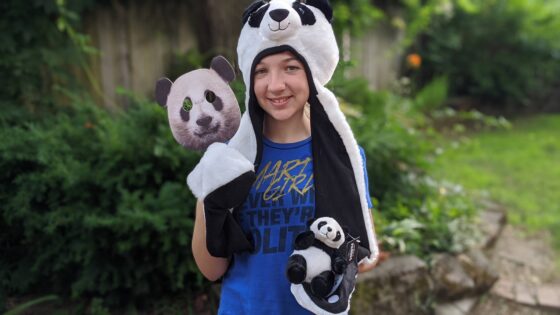 Thank you IMAX® for the promotional materials that you sent me for free for several of your documentaries now airing on HULU.

I’ve found that my children love to learn about the world around them. It is natural that children are explorers and they want to know so much about the world. For the past four decades IMAX® has been creating incredible documentaries of our world. What with the world being as it is right now and everyone being unable to get out and enjoy an IMAX® in its full glory people can still view these amazing stories on the streaming service HULU.

I do not have HULU and so I have not see these movies on the service. I have, however seen some of the movies in the theaters. Seeing an IMAX® movie at the New England Aquarium or Boston Museum of Science of ever over at Providence place is always a treat. I do hope to go back to an IMAX® theater soon with the kids to see some of their spectacular movies.

When the kids came home today they were thrilled to find the promotional materials that IMAX® sent me. They loved the Panda hat and stuffed animal as well as the activity book and stuffed animal for Superpower Dogs. I may have to start a HULU free month so we can watch these together. 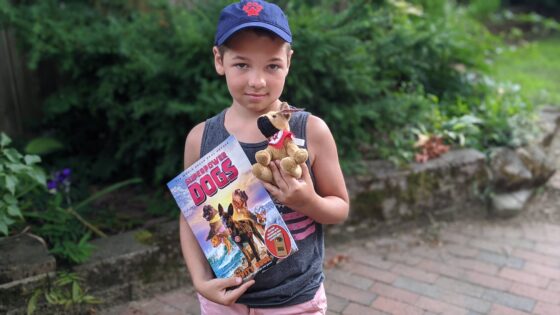 Below is more information on all the movie that will be on HULU. There are several IMAX® documentary films now on HULU stretching back to 1982.

NEW YORK AND LOS ANGELES, [June 18, 2020] – Today, IMAX Corporation (NYSE: IMAX) announced that several titles from its celebrated catalog of critically acclaimed, eye-opening documentary films will be available to stream exclusively on Hulu in the U.S. beginning this summer, kicking off with “A Beautiful Planet,” “Pandas,” and more. In total, at least 16 IMAX® documentaries will roll out on Hulu over the next several weeks and months, with over four decades of the most powerful and daring explorations humankind has ever embarked upon becoming available for subscribers and their families.

“With people at home there is an immense and growing desire for discovery, particularly for students, families and children. For years IMAX has helped share the power of the natural world and the potential of human existence, and now, together with Hulu, we can bring those incredible, enlightening experiences to millions more,” said Megan Colligan, President of IMAX Entertainment.

Since the first IMAX film “Tiger Child” debuted at Expo ’70 in Osaka, Japan, IMAX has helped transport audiences into the most fantastic moments in human and natural history across more than 75 documentaries and counting. Documentaries using IMAX technology have been nominated for Academy Awards® (“Fires of Kuwait” 1992) and traveled to the depths of the sea (“Journey to the South Pacific” 2013), while IMAX® cameras have ventured into space 24 times – more than any human being. Hollywood’s biggest stars have also repeatedly lent their voices to IMAX documentaries, including narrations from Tom Cruise (“Space Station” 2002), Jennifer Lawrence (“A Beautiful Planet” 2016), Kristen Bell (“Pandas” 2018), and more. The next documentary film from IMAX will be “Asteroid Hunters,” narrated by Daisy Ridley.

Hulu subscribers will now have the opportunity to discover the ends of the earth and beyond with IMAX, all through the eyes of legendary cinematographers, heroic scientists, rarities of the animal kingdom and more. Many of the IMAX documentary films headed to Hulu have also been filmed or digitally remastered with brilliant, proprietary IMAX visual and audio technology.

The IMAX documentary films coming to Hulu include: 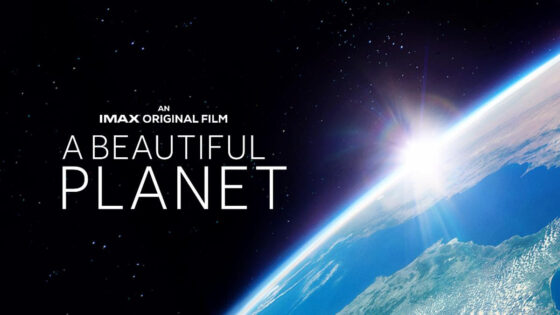 “A Beautiful Planet” (2016)
A Beautiful Planet is a breathtaking portrait of Earth from space. Made in cooperation with NASA, the film features stunning footage of our magnificent blue planet — and the effects humanity has had on it over time — captured by the astronauts aboard the International Space Station. Narrated by Jennifer Lawrence and directed by acclaimed filmmaker Toni Myers, A Beautiful Planet presents an awe-inspiring glimpse of Earth and a hopeful look into the future of humanity.
Available now on Hulu 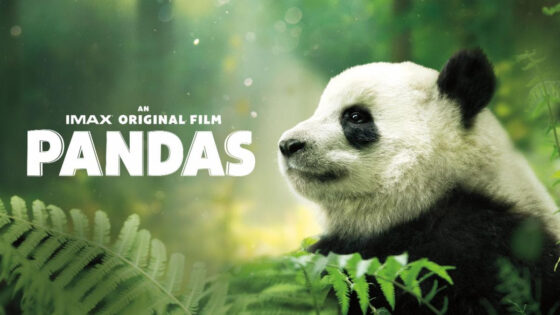 “Pandas: An IMAX Original Film” (2018)
Join narrator Kristen Bell in Pandas, a heartwarming story about the adventures of Qian Qian, a captive-born giant panda cub who’s destined for life in the wild. A cross-cultural collaboration brings American and Chinese scientists together for an adorable experience that will delight the entire family.
Available now on Hulu 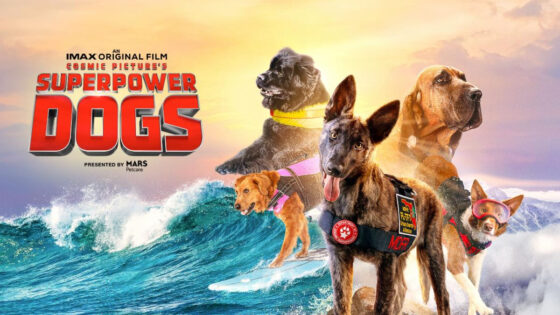 “Superpower Dogs” (2019)
Join an immersive adventure to experience the life-saving superpowers and extraordinary bravery of some of the world’s most remarkable dogs. As we discover the astonishing science behind their amazing abilities, we’ll never look at our best friends the same way again! Narrated by Chris Evans.
Coming to Hulu in 2020 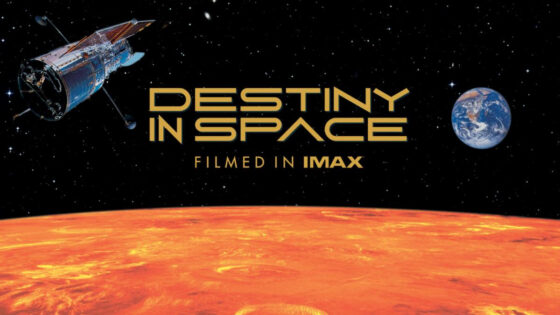 “Destiny in Space” (1994)
Destiny in Space offers an exciting glimpse into the future of space exploration. Featuring images of the space shuttle in orbit around the Earth and thrilling flyovers of Mars and Venus, the film focuses on the dramatic partnership of humans and robots working in space. Witness rare views of the shuttle, in its entirety, orbiting 200 miles above Earth. Join the astronauts as they maintain the Spacelab and work outside the shuttle in the hazardous vacuum of space, performing a spectacularly successful servicing mission of the Hubble Space Telescope.
Available now on Hulu 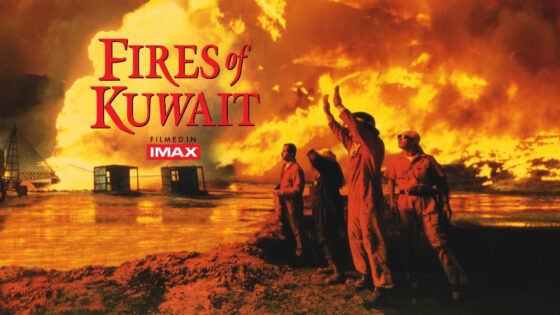 “Fires of Kuwait” (1992)
Fires of Kuwait is an eloquent visual testimony to the remarkable resourcefulness and heroism of the men and women who extinguished and controlled over 600 burning and gushing oil wells sabotaged by retreating Iraqi troops in the aftermath of the Gulf War. Following teams as they attack and extinguish oil well fires using different techniques, the film takes you to the very center of blazing fields of oil fires, shoulder-to-shoulder with the firefighters. Nominated for an Academy Award® – Best Documentary, 1992.
Available now on Hulu 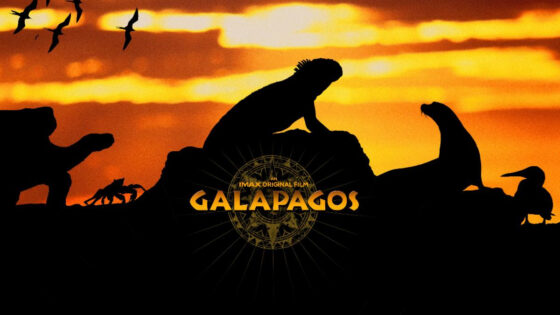 “Galapagos” (1999)
Journey with marine biologist Dr. Carole Baldwin on an adventure to the famed Galapagos Islands. Galapagos delves deep into the largely unknown waters surrounding the volcanic archipelago to explore the natural wonders of a realm that is truly a living natural science laboratory.
Available now on Hulu 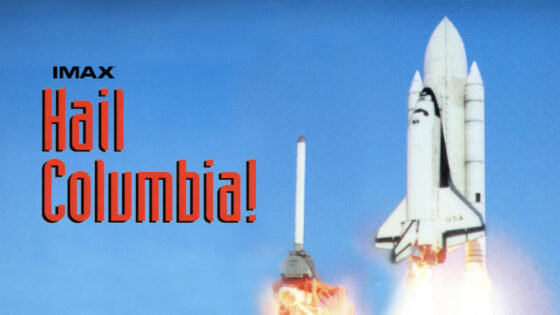 “Hail Columbia!” (1982)
Experience one of humankind’s crowning achievements — the inaugural voyage of the world’s first space shuttle. Hail Columbia! goes behind the scenes with astronauts John Young and Robert Crippen as they prepare for their historic launch of the shuttle Columbia. Witness the thunderous liftoff, the breathtaking flight itself and the dramatic re-entry and landing.
Coming to Hulu June 2020 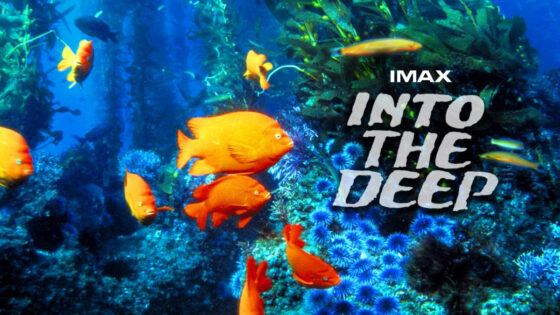 “Into the Deep” (1994)
Into the Deep takes you on a spectacular exploration of the undersea world. The film captures unique marine life and magnificent underwater vistas. Dive under the sea to the kelp forests off the southern coast of California and discover a living, breathing kaleidoscope.
Available now on Hulu 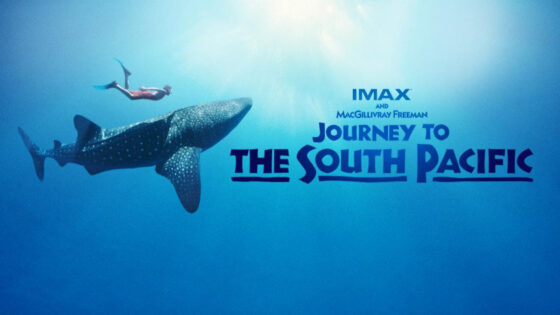 “Journey to the South Pacific” (2013)
Narrated by Cate Blanchett, Journey to the South Pacific will take audiences on a breathtaking adventure to the lush tropical islands of remote West Papua, where life flourishes above and below the sea. Home to more than 2,000 species of sea life, this exotic locale features the most diverse marine ecosystem on earth. Encounter whale sharks, sea turtles, manta rays and other iconic creatures of the sea.
Available now on Hulu 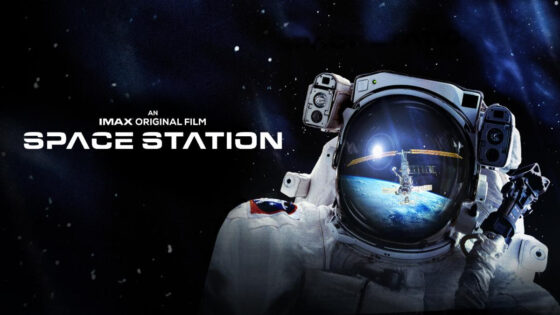 “Space Station” (2002)
Travel 220 miles above Earth at 17,500 mph to experience the greatest engineering feat since landing a man on the Moon. Space Station is the story of a unique partnership of 16 nations building a laboratory in outer space — a permanent facility for the study of the effects of long-duration exposure to zero gravity and the necessary first step towards the global co-operative effort needed if man is to someday set foot on Mars. Narrated by Tom Cruise.
Available now on Hulu 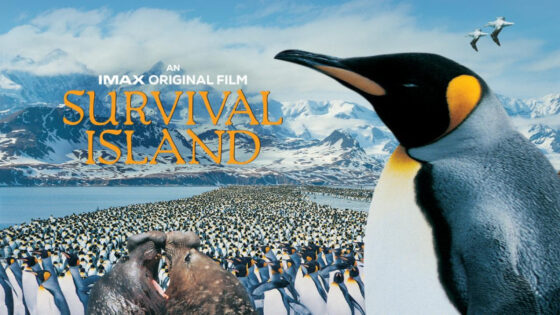 “Survival Island” (1995)
In the Southern Ocean, South Georgia is a majestic, barren and remote land. Yet in the spring and summer months, this small island plays host to some of the largest concentrations of animals anywhere on Earth. Survival Island is the story of the vast animal cities of penguins, albatrosses, fur seals and elephant seals and the order that lies beneath their seeming chaos. Written and narrated by Sir David Attenborough.
Available now on Hulu 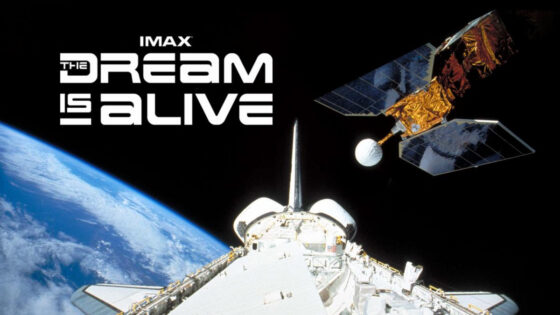 “The Dream is Alive” (1985)
You’re invited to a window seat on board the space shuttle and an inside look at the astronauts living in space. Shot by 14 NASA astronauts on three shuttle missions, The Dream Is Alive includes footage of launches and landings, satellite capture and repairs and space walks. Experience the sensation of weightlessness and the splendor of Earth from 250 miles up.
Available now on Hulu 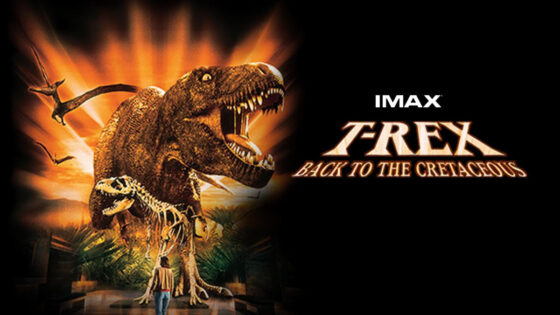 “T-Rex: Back to the Cretaceous” (1998)
Follow a paleontologist’s daughter on a wondrous pre-historic adventure as she is magically transported back through 65 million years to the Cretaceous Period. As she encounters the 20-foot tall, 15-ton Tyrannosaurus Rex, discover how these incredibly majestic and fierce animals lived during a time that is almost impossible for us to imagine.
Available now on Hulu 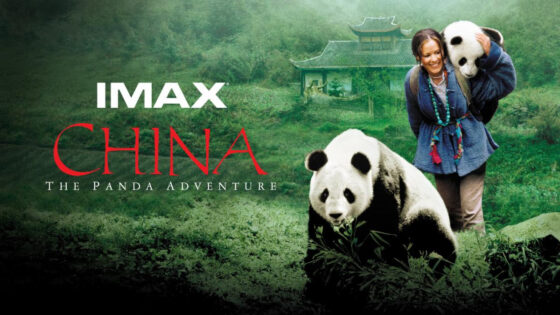 “China: The Panda Adventure” (2001)
China: The Panda Adventure is the true story of Ruth Harkness, a fiercely independent woman who travels to the mysterious forests of China to follow in her late husband’s footsteps and achieve his dream of bringing the first live giant panda to America. Starring Maria Bello, the film features spectacular images of China and giant pandas and delivers a story of hope, courage and triumph of the human spirit.
Coming to Hulu July 2020 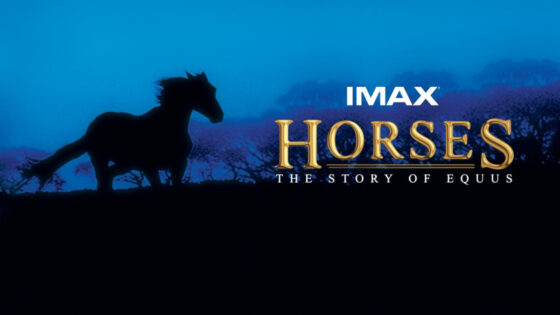 “Horses: The Story of Equus” (2002)
Horses: The Story of Equus is the story of three horses born on the same day whose lives take very different paths. One becomes a racehorse where his overwhelming instinct to run is highly valued. The second is trained as a stunt horse where his capacity for learning and individual nature triumph. The third horse joins the herds in the wild. Undisturbed by human contact, this horse reverts to natural herd behavior, offering insight into a horse’s nature prior to domestication.
Coming to Hulu July 2020 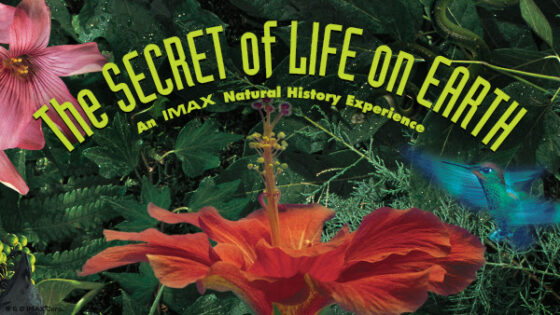 “The Secret of Life on Earth” (1996)
Discover the interdependence between plants and animals and the key developments that made possible the web of life – since evolved and now endangered. Brilliant use of micro, macro and time-lapse photography delivers stunning close-ups of special relationships between plants and animals: barnacles feeding, microscopic plankton, tiny grasses flowering and pollinators at work.
Coming to Hulu July 2020

About IMAX Corporation
IMAX, an innovator in entertainment technology, combines proprietary software, architecture and equipment to create experiences that take you beyond the edge of your seat to a world you’ve never imagined. Top filmmakers and studios are utilizing IMAX theatres to connect with audiences in extraordinary ways, and, as such, IMAX’s network is among the most important and successful theatrical distribution platforms for major event films around the globe.

IMAX is headquartered in New York, Toronto, and Los Angeles, with additional offices in London, Dublin, Tokyo, and Shanghai. As of March 31, 2020, there were 1,616 IMAX theatre systems (1,526 commercial multiplexes, 14 commercial destinations, 76 institutional) operating in 81 countries and territories. Shares of IMAX China Holding, Inc., a subsidiary of IMAX Corp., trade on the Hong Kong Stock Exchange under the stock code “HK.1970.”

IMAX®, IMAX® 3D, IMAX DMR®, Experience It In IMAX®, An IMAX 3D Experience®, The IMAX Experience®, and IMAX nXos® are trademarks of IMAX Corporation. More information about the Company can be found at www.imax.com. You may also connect with IMAX on Instagram (https://www.instagram.com/imax), Facebook (www.facebook.com/imax), Twitter (www.twitter.com/imax) and YouTube (www.youtube.com/imaxmovies).