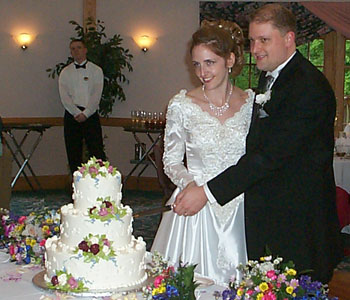 This Sunday was James and Danielle’s wedding. What a nice day. The wedding was a lot of fun and the reception was a great time. The weather held off so the wedding could be held inside. The DJ was very good with the crowd and the photographer was also very good. James and Danielle are now on their honeymoon. Thanks for making us part of your special day. Good luck to you and to your life together.

8 thoughts on “James and Danielle’s Wedding”