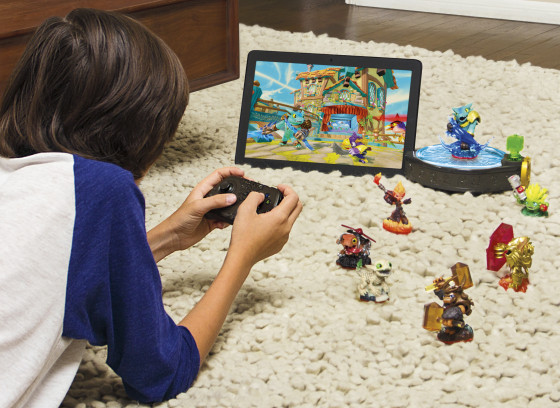 I am very excited about the news that Skylanders Trap team is going to be coming to Tablets on the same day that the console version is being released. This news came out of nowhere for me. I had no idea that this was going to happen and it is pretty cool. The tablet version comes with a special bluetooth controller and a special bluetooth traptanium portal. Players can buy the Tablet pack and then download the app from their respect app stores. This really opens up the game to even more players. It is a great strategy for Activision because they’ll get all those causal tablet gamers, those folks who do not have a console but rather like to play on their iPad, Samsung Galaxy devices and even Kindle Fire.

I’m looking forward to playing this version. More details below.

SANTA MONICA, Calif. – AUGUST 12, 2014 – Activision Publishing, Inc., a wholly owned subsidiary of Activision Blizzard, Inc. (NASDAQ: ATVI) announced today that it will bring the complete Skylanders Trap Team videogame to tablets[i] at launch, marking the first time a full Skylanders® game will be available on iPad®, Kindle Fire and Android tablets day-and-date with the console version. The tablet version of the game delivers the same experience with console-quality graphics[ii] and comes with its own high performance controller, delivering yet another significant technological leap to the Skylanders franchise.

The Skylanders Trap Team Tablet Starter Pack will include a Bluetooth® Traptanium PortalTM; an embedded Bluetooth® controller to provide the best gameplay experience possible; a built-in tablet stand; two Skylanders characters; two Traps and a display tray that lets Portal Masters keep track of the Traps they’ve collected and which villains they have trapped.

“Skylanders has become an incredibly appealing brand and franchise for kids around the world. And the tablet has become an incredibly appealing gaming platform for kids around the world. But we haven’t been able to bring the full Skylanders experience to the tablet until now,” said Eric Hirshberg, CEO of Activision Publishing. “We always want to deliver breakthrough experiences, and we also always want to be wherever gamers want to play. This is a chance for us to bring the magic of Skylanders to a whole new platform and audience. Whether you want to sit on the couch and play with the wireless controller, or play on the go using just the tablet itself, this provides a great experience for gamers.” 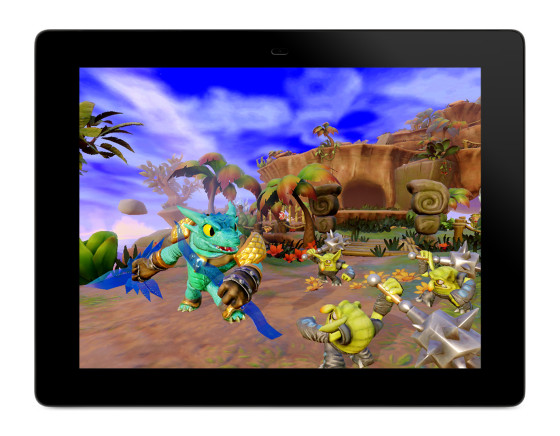 Skylanders Trap Team brings a ground-breaking innovation to the Skylanders franchise by reversing the magic of its signature Toys-To-Life™ play pattern to let kids bring life to toys. Skylanders Trap Team allows Portal Masters to seek out the most wanted villains in all of Skylands, defeat them and pull them out of the game into their living rooms by capturing them in magical Traps. Fans can then play as both heroes and villains who join the forces of good in an all-new adventure. Now, for the first time in franchise history, fans can experience a full Skylanders game on the go, wherever and whenever they want.

The tablet version of Skylanders Trap Team upholds the same gameplay-driven adventure as the console version with console-quality graphics,[ii] complete with lush, expansive environments that push the technological boundaries of select tablet devices. Like the console version of the game, all toys will be cross-platform compatible, with all skills and upgrades intact. 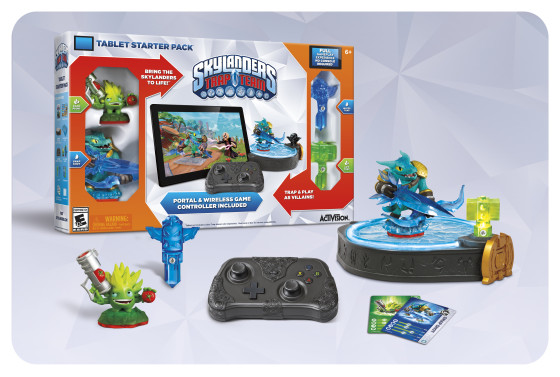 The Skylanders Trap Team Starter Pack will be available on October 5th in North America, October 10th in Europe and October 2nd in Australia on the following platforms: a variety of iPad®, Kindle Fire and Android tablets; Xbox One and Xbox 360 games and entertainment systems from Microsoft; PlayStation®4 system; PlayStation®3 system; Nintendo’s Wii™ system and Nintendo’s Wii U™ system. A different, unique adventure also will be available on the Nintendo 3DS™ hand-held system. 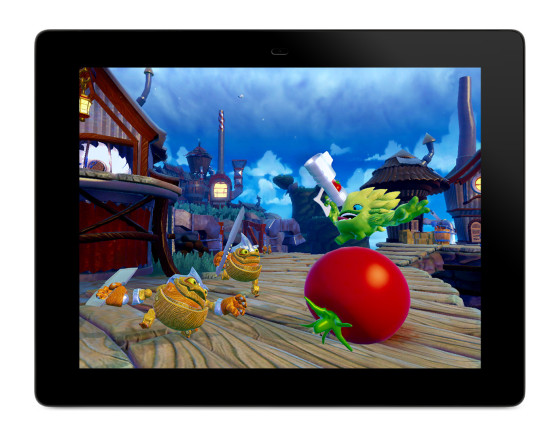 About the Skylanders® Franchise
The award-winning, $2 billion Skylanders franchise pioneered the Toys-to-Life category in 2011 with the debut of Skylanders Spyro’s Adventure®. The game originated a new play pattern that seamlessly bridged physical and virtual worlds across multiple platforms. In October 2012, Skylanders Giants™ further evolved the genre and added the mega-sized Giant Skylanders and LightCore® characters to the collection of interaction figures. Skylanders SWAP Force launched in October 2013 and introduced an all-new play pattern – swapability. The Skylanders franchise was the top selling kids’ videogame of 20131, and is now one of the top 20 videogame franchises of all time2. Skylanders Trap Team, the newest installment due out in North America on October 5, 2014, reverses the magic of bringing toys to life – incredibly letting kids pull characters out of the digital world into the physical world. For more information, please visit: www.skylanders.com