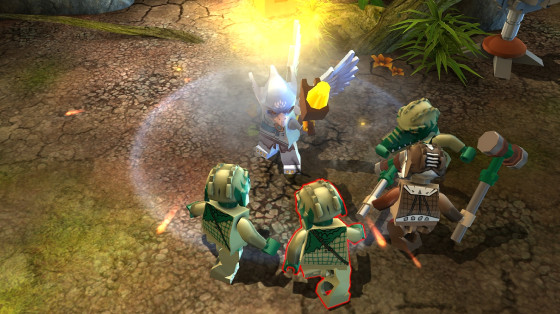 I have been familiar with the LEGO Legends of Chima sets of toys and last year when I went to Toy Fair and actually got to go inside the LEGO booth I learned that LEGO Chima was a major cross platform initiative. There would be the toys, a cartoon and also video games. One of those games was LEGO® Legends of CHIMA™ Online. I personally never played the game on my computer but have been enjoying it very much on my iPhone. 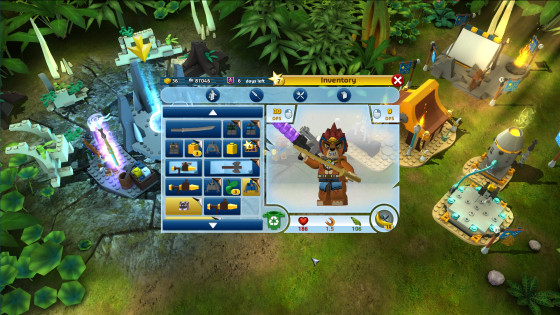 I choose to be from the Bear tribe in the game and am having fun going on missions to create my outpost, search for bricks and studs as well as other items. I like how the game interactions with other players are limited only to select phrases so there is no sharing of personal information. This is very important as a parent looking for a game for their kids to play.

That being said, this is a free to play model game but you can buy memberships or gold bricks which help you get ahead in the game faster. You can also earn gold bricks from missions but you accumulate those slower than if you were a member or you flat out bought a bunch of gold bricks. I personally don’t think that you need them to enjoy the game. There are always things to do whether you have all the fanciest equipment or not. 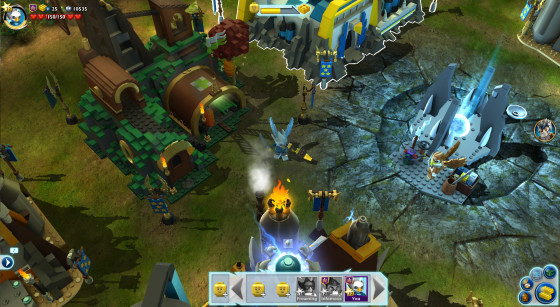 Online PC and Mac Game Now Playable on the iPad, iPhone and iPod Touch Devices;
Young Warriors Can Now Play Together and Partake in Epic Battles Across All Platforms

BURBANK, Calif. – February 27, 2014 – The battle for CHI builds on in the world of CHIMA™! Warner Bros. Interactive Entertainment, The LEGO Group and WB Games Montréal today announced the launch of LEGO® Legends of CHIMA™ Online for the iPad, iPhone and iPod touch devices, playable with a WiFi connection. LEGO Legends of CHIMA Online, already available for Windows PC and Mac, is an immersive and interactive free to play online game that extends and complements the popular LEGO Legends of CHIMA universe of products, including construction sets, vehicles, TV shows and more! The online game officially moved out of Beta last month with game enhancements and new features including parent accounts and chat, and this enhanced experience is now available for download on the App Store.

“We are very excited to bring the expansive world of CHIMA Online to iOS players,” said Louis Lamarche, Creative Director for LEGO Legends of CHIMA Online at WB Games Montréal. “Now players can seamlessly pick up and play right where they left off in the game from their PC or Mac to any of their iOS devices.”

In CHIMA Online, players take on the role of an animal warrior in the Lion, Eagle, Gorilla or Bear tribe, and set forth on missions to help protect the vast and magical world of CHIMA. After creating and customizing their character, players explore massive environments from the cartoon series like the Forest of Falling Leaves. They will uncover hidden secrets and treasures, build weapons and gadgets, and collect studs and gold bricks that will help expand their Outpost. Players will also be able to team up with their friends in epic battles and unleash the power of CHI, giving them extraordinary strength and power against their enemies. With creative missions, side challenges, and action-packed battles, CHIMA Online offers hours upon hours of building, puzzle solving and exploration.

Developed by WB Games Montreal in conjunction with TT Games, LEGO Legends of CHIMA Online is rated “E10+,” appropriate for everyone 10 and older. For more information, please visit www.CHIMAOnline.com.

About the LEGO Group
The LEGO Group (www.LEGO.com) is a privately held, family-owned company, based in Billund, Denmark. It was founded in 1932 and today the group is one of the world’s leading manufacturers of play materials for children. The company is committed to the development of children’s creative and imaginative abilities through its products, which can be purchased in more than 130 countries. Visit www.LEGO.com.
LEGO, LEGENDS OF CHIMA, their logos, the MiniFigure and the brick and knob configuration are trademarks of The LEGO Group. © 2014 The LEGO Group.

About WB Games Montréal
Since its launch in 2010, WB Games Montréal has more than 300 employees and continues to grow and recruit additional talent. Working with some of Warner Bros. Studios’ biggest brands, including DC Entertainment, the studio is focused on the most cutting-edge approach to games for the digital space as well as current and upcoming video game consoles.