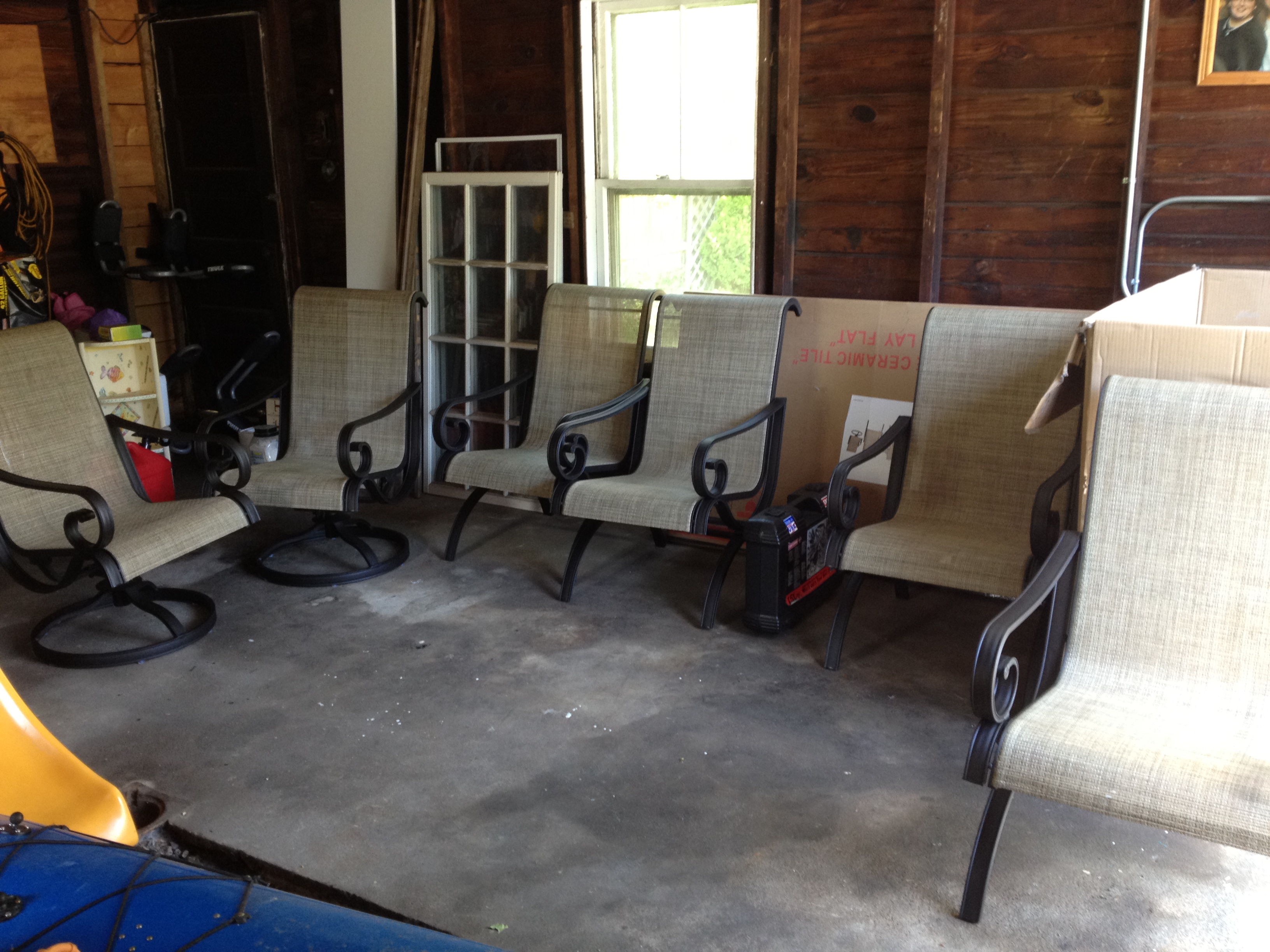 I got home today without a headache and so I was ready to go to finish with the chairs before sleeping for the day. Allison made us a nice breakfast and then I went out to the garage. Working on things first thing in the morning was great because the garage was cool and I could get right down to assembling the chairs. I was joined by Eva who wanted to watch. So I had her sit on one of the chairs told her that she could ask me questions and I’d answer them but I could not concentrate on assembling things and coming up with questions and jokes for her. She seemed okay with that for a while and then got out a workbench toy and pretended to be building as well.

I assembled the other two regular chairs and then called it a morning. If I assemble the other two chairs tomorrow and also the table then so be it. While I was assembling the chairs Eva was also doing some chalk drawings. Allison came out to see how we were doing once Andrew fell asleep. Eva asked Allison how to spell “LOVE”. Allison and I were in the garage and Eva was outside in front of the garage door chalking away. When I finished the fourth regular chair I called it quits, it was time to sleep.

We exited the garage and saw that Eva had written “LOVE” on a concrete block with two figures. One had “ME” over its head and the other had nothing. I remarked to Allison that it was of her and Eva. Allison said that it was me and Eva. So we asked her, it was of Allison and Eva as I had suspected. She’s getting more creative with her chalk drawings and getting better overall at drawing figures and recognizable things. I am glad I relented on the no chalk till after the pre-Father’s Day Patio Party decree. I figure that if I’m doing a post to celebrate fathers then I’d better have a house that looks like happy kids live there. So Our patio is covered in Eva’s chalk drawings. It makes her happy.

I went to sleep and again woke up at 1:45. I went out to the garage to finish the last two chairs. The last two chairs are the two end chairs the rocker chairs. They have a round base and allow the person sitting upon them to rock as well as swivel from side to side. These were much easier to assemble than the other ones because they had less bolts. They did have bigger bolts for one piece and that required a 13mm socket and a larger socket wrench. 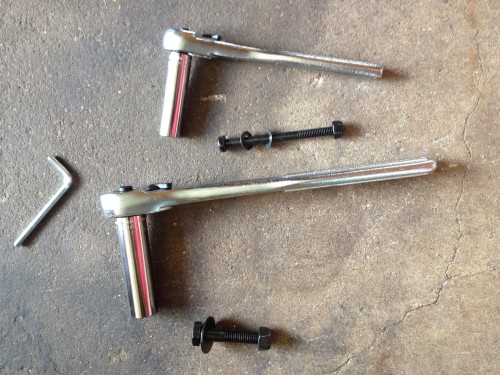 It took me about an hour and much of that time was unwrapping the parts, they were wrapped really well to prevent damage and scraping. Assembly was pretty quick once all that was done which was good because the garage was sweltering by this time. It was worth it though, one less thing to complete tomorrow before the dinner party. 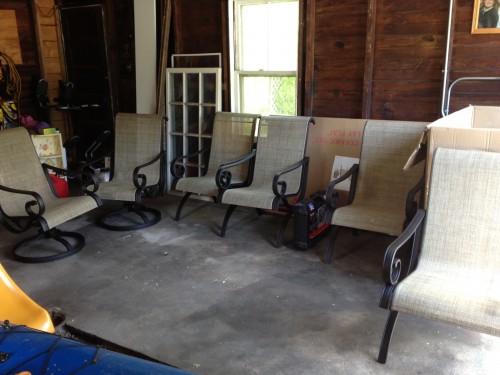 I got back to bed, read some Game of Thrones book 2 and finally drifted back to sleep. Got up, had dinner and it was back to work for my last night this weekend. Patio Party Tomorrow.

Disclosure: If you’ve been reading along then you know that I was compensated for buying the table and chairs at Kmart as part of a shopper insight study for Collective Bias. Opinions are 100% my own.