A couple of weeks ago Eva earned herself a trip to Build-A-Bear Workshop® and I had been sent a $25 gift card so that I could make a My Little Pony plush and review my trip on this blog. Well, I had my heart set on Rainbow Dash but she was not there. I gave my number to Megan who helped us with Eva’s bear and she called me last Thursday to let me know that Rainbow Dash was back in stock. I couldn’t get there until today so after school Eva and I ran over to Build-A-Bear Workshop®. She used some of her spending money to get Villia a new outfit. 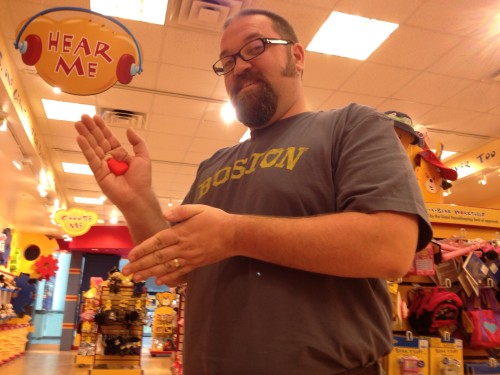 Since Rainbow Dash was going to be mine I put in the stuffing and also gave her a heart. Megan helped us again and I only had to do the clapping thing but all the things that Eva did with the heart for Villia. Eva did have the final word on how much stuffing to put into Rainbow Dash. I wanted to make sure that she could stand up. I bought the My Little Pony theme song to put in Rainbow Dash’s right hoof, too. 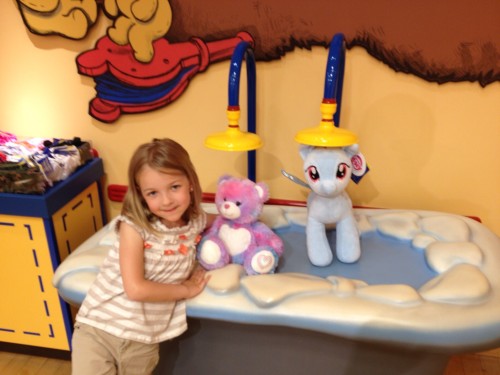 When it was time for me to clean and wash Rainbow Dash Eva gave Villia a clean and wash as well. I mean, she was here to get a new outfit so she had to look her best. 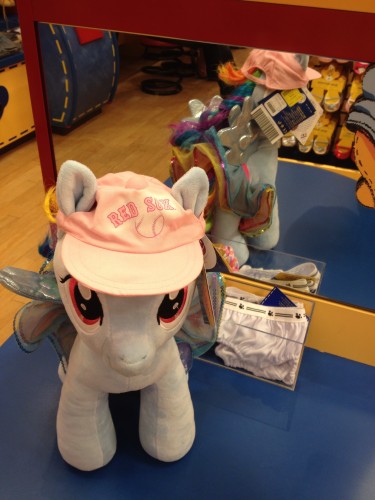 I was going to get Rainbow Dash some Sketchers but I didn’t like how they looked on her hooves. That and I would have had to get two sets of them. I tried a bunch of options and settled upon a Pink Red Sox hat as the accessory I would buy for Rainbow Dash. I got a sneak peek at what clothes shopping with Eva will be like in a few years and I am not looking forward to that. She picked up tons of things for Villia to try on and she didn’t like any of it. I think that she just likes having Villia try stuff on. 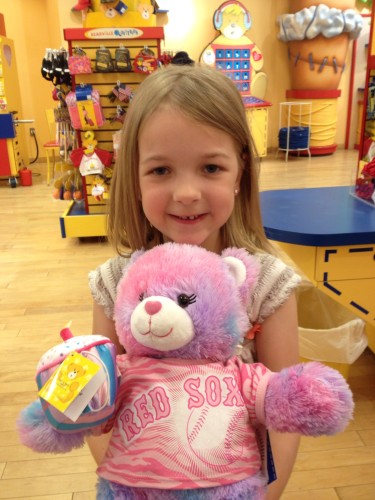 What she did finally decide to buy was a birthday cupcake and a pink Red Sox shirt. For some reason she thinks that it is Villia’s birthday each time we go to Build-A-Bear Workshop®. It was her money so she could pick out the cupcake if that is what she wanted. 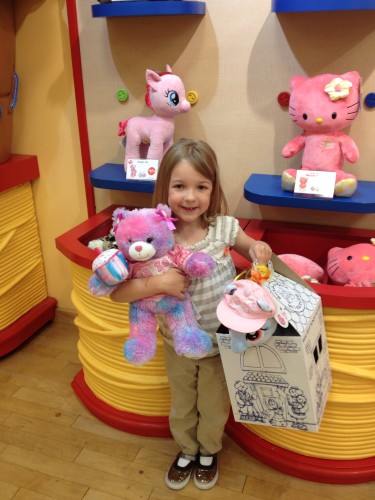 We had a nice time and Megan was once again very patient and helpful. 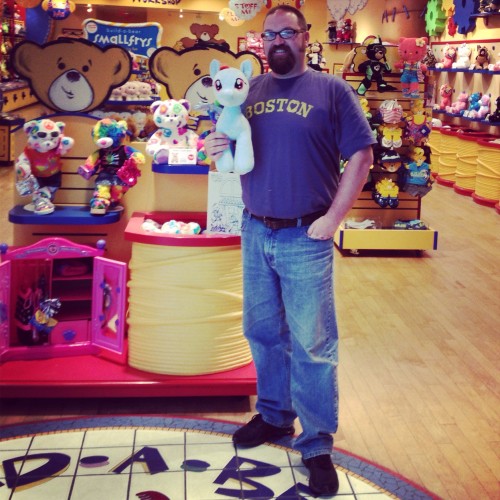 Build-A-Bear Workshop® has done a very good job of creating these My Little Pony plushes. They are well designed and things like wings and hair look right. The wings are even stiff enough on Rainbow Dash to stand up and not flop over.

I learned that Twilight Sparkle and Fluttershy will be next arrive at Build-A-Bear Workshop®. Who knows, we might just be going back.