Tonight we went for a trip on the Train to Christmas Town. I was invited for this Media Event to experience the Dress Rehearsal before the actual shows begin on Friday the 22nd. This was a themed train ride out of Buzzards Bay on Cape Cod Central Railroad. The Train to Christmas Town is a book about a young girl’s trip to Christmas Town to visit Santa. The kids had a fantastic time and really got into the magic of the whole trip. Allison and I enjoyed it, too. We especially enjoyed seeing the kids interact with the actors on the train. 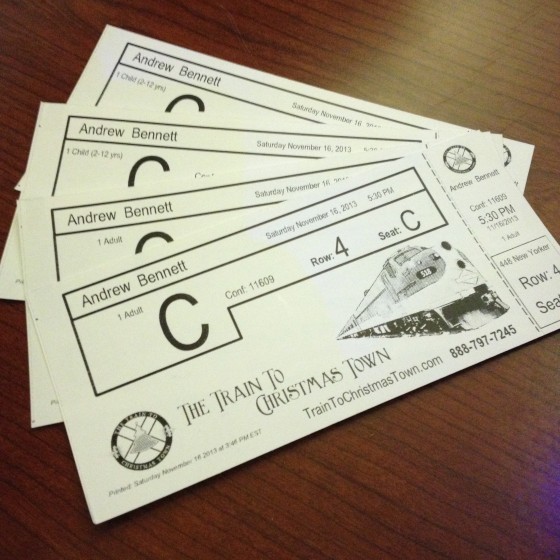 We headed down to the Cape fairly early and caught dinner at Red Robin in Wareham. I thought that we would have had more time but the service was slow and we pretty much had to eat and run. The nice thing about showing up pretty much right at boarding time, though, is that we didn’t have to wait too long in the cold. There is plenty of parking there and you are directed to back into spaces. We figure that it was a safety precaution because there will be many people with children leaving at the same time when the train pulls back to the station. 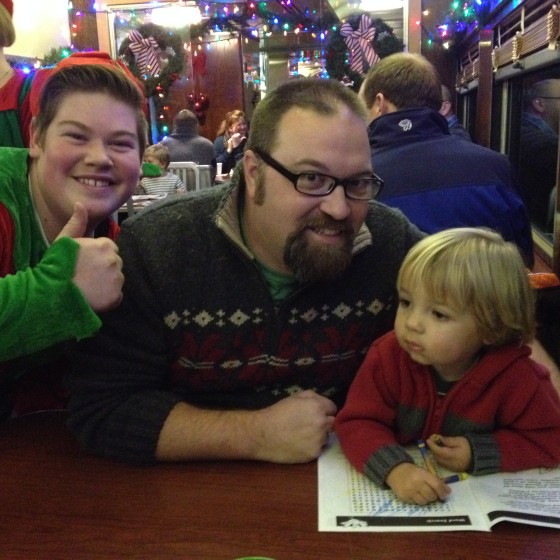 I went off to get our tickets and the depot is all decorated for Christmas. I got our tickets, a couple of coloring books on train safety, some crayons and some stickers on train safety. We regrouped and got onto the train. One thing that we did not know prior to boarding the train and there is no information about it anywhere on the website is that there are no bathrooms on the train. There are Porta-Potties by the depot. We didn’t know this until we got on the train. This was after we had just had dinner and Eva had two lemonades. I had two speckled lemonades but luckily didn’t need to go. They let Allison take Eva off the train and go to the potty and get back on and we were off. Andrew needed a change so Allison changed him on the floor quickly. So, try and go before you go on the trip, it is a 90 minute trip. 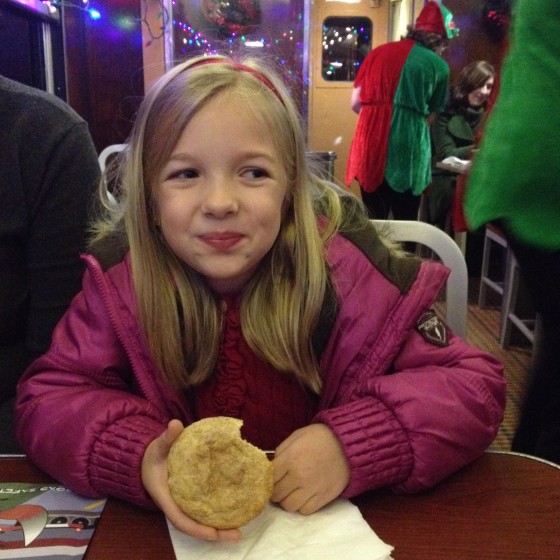 We were seated at a table with four chairs. Andrew did really well not being in a high chair. I did have to keep him from standing up over and over but for the most part he did well. There were people dressed as Elves and they talked to the kids. Eva was a bit of a grump at first. For some reason she thought we were going to be on the train all night and she missed the cats. I have no idea. Eventually she loosened up and had a nice time. I think the cookie helped. Andrew devoured his. 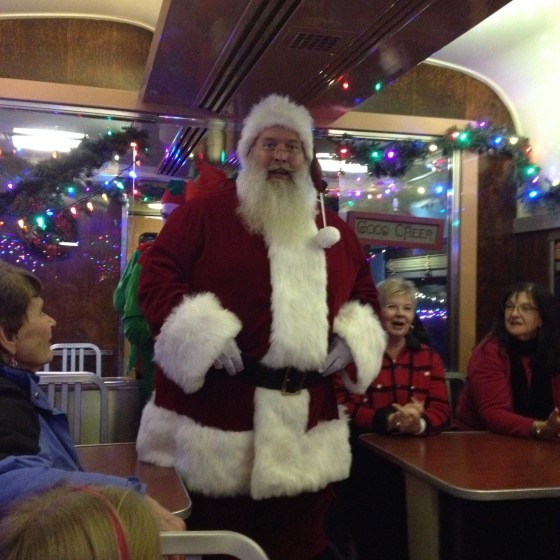 So the train drives off for about 30 to 45 minutes and heads to Christmas town. Christmas town is a place where we stop and look out the windows to see some lighted buildings and Santa and a couple of elves waving to the passengers. We pick up Santa and then he comes and visits with all of the children on the train. He also gave all the kids wooden train whistles. 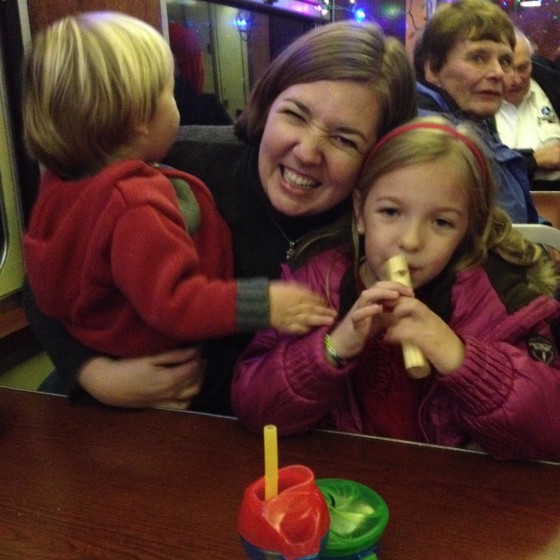 There are also people in costumes, a Cat, a Polar Bear and a Squirrel. These are friends of the little girl from the story. Andrew got hugs from each of them and High Fives. Andrew was funny because he was practically leaping out of my arms to get to the characters and he let Santa pick him up and take photos. He even gave Santa his signature ROAR! 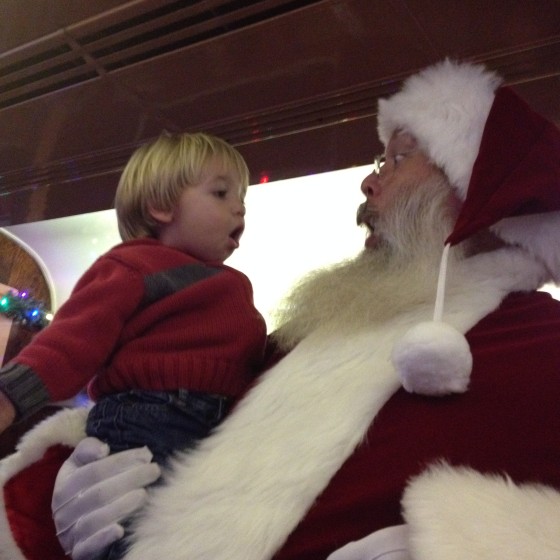 The trip was a nice one. The songs got a little repetitive and the story wasn’t loud enough while the songs were too loud. This was a dress rehearsal so there are still kinks being worked out. The performers did a very nice job and the kids enjoyed the ride. They especially liked the train whistles. Not sure the parents were as thrilled about those. 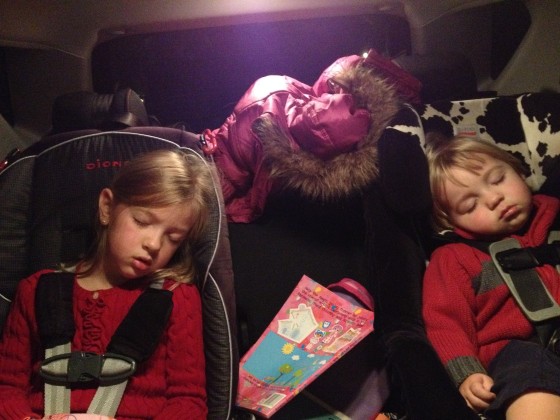 A good sign of a fun night out is the two kids snoring away in the back seat. Such a lovely sound. No doubt they are dreaming of Christmas.

11 thoughts on “Meeting Santa on the Train to Christmas Town”