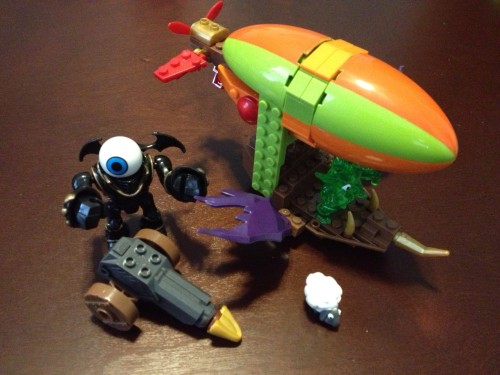 We continue our series of MEGA Bloks Skylanders Giants reviews with a fun mid sized set, the Zeppelin Air Ship Assault. This set was sent to me for review and opinions are 100% my own.

The Zeppelin Air Ship Assault is one my favorite sets from MEGA Blocks. I love that it comes with a Translucent Green Troll and the giant Eye Brawl. This was a quick build and here is what we though of it on the video.

Eye Brawl is one of the best parts of this set. This figure looks great and what’s even better is how pose-able he is including the ability to pop off his winged eyeball like the character can do in the game. I think the story of Eye Brawl is a fun one where you have two mortal enemies who come together as one in order to fight the evil Arkeyan Army. 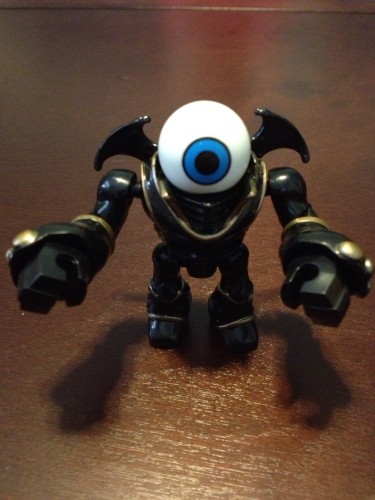 The Zeppilen itself was a fun build. As I showed in the video there are actually a lot of pieces used to make the Zeppelin look right. Rather than just making one big balloon shaped piece and tacking it on to the platform there was some real engineering features to the set. There were soem decent examples of sideways building as well as locking and making the zeppelin strong. I also liked the gold accents and how it is a monsterfied vehicle with fangs and claws and the leathery looking wings. 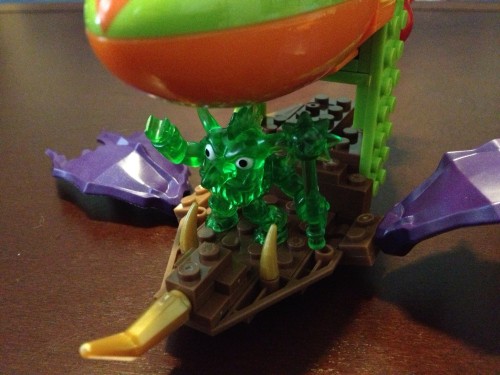 The Zeppelin Air Ship Assualt is another nice addition to your overall MEGA Blok Skylanders Giants collection that allows you to take to the air in the fight for Skylands.