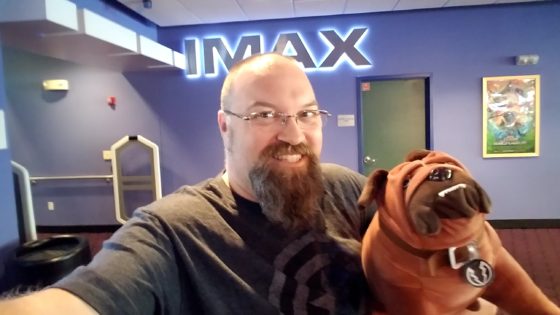 Yesterday Allison and I went to the Providence Place IMAX to see the first two episodes of the upcoming ABC show Marvel’s Inhumans which will premiere on September 29th. Marvel’s Inhumans is bringing the Inhuman Royal family to life on the small screen and this story will intersect with the Agent’s of S.H.I.E.L.D. story later this year or next when the shows cross over. If you don’t know about Marvel’s Inhumans then take a look at the description. 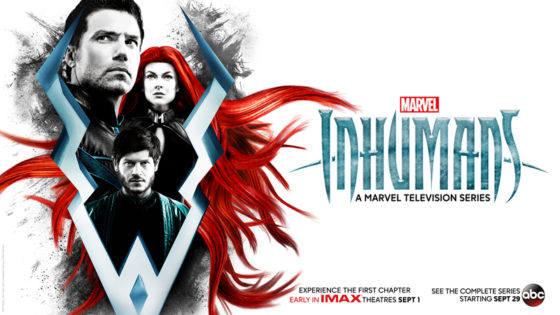 Marvel’s Inhumans explores the never-before-told epic adventure of the royal family including Black Bolt, the enigmatic, commanding King of the Inhumans, with a voice so powerful that the slightest whisper can destroy a city. After the Royal Family of Inhumans is splintered by a military coup, they barely escape to Hawaii where they are greeted with surprising interactions with the lush world and humanity around them. Now they must find a way to reunite with each other and return to their home before their way of life is destroyed forever.

The legendary comic book series will be brought to life in a way that has never been done before, as a version of the first two episodes will be shown globally in IMAX theaters for a two-week period beginning September 1st. ABC will then air the entirety of the series on the network, with additional exclusive content that can only been seen on ABC, starting FRIDAY, SEPTEMBER 29.

So, what did I think about the episodes? I enjoyed them. I really did and seeing it in IMAX was really cool. I brought along the Lockjaw stuffed animal that was sent to me and took a few silly pictures with him. Lockjaw looked fantastic in the show. While he didn’t have antennae his forehead light up with the antennae symbol. The CGI on him was good, too. 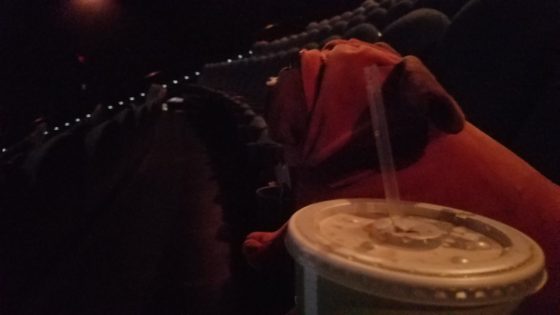 Lockjaw at the theater

Prior to watching The Inhumans I binged on Hell on Wheels, a show that Anson Mount starred in. Anson Mount is Black Bolt, the king of the Inhuman of Attilan. In this story Attilan is located on the moon. In the comics that is where Attilan was located for a while and then it moved around a bit. For now it is on the moon. Marvel’s Inhumans takes place in the same word and timeline as Marvel’s Agents of S.H.I.E.L.D. because there is an acknowledgement of the humans on Earth being exposed to the Terrigen that transforms latent inhuman genes into fully realized inhuman people.

Getting back to Anon Mount, his performance as Black Bolt is excellent especially since he cannot utter a single word or the power of his voice would be catastrophic.

Another great performance was by Iwan Rheon as Maximus. You might know him as the sadistic Ramsey Bolton on Game of thrones. He is a villain on this show, too but much less of a sadist. He stages a coup and overthrows the royal family to elevate all the people of Attilan and force a move to Earth where the Inhumans can be free to live whatever life they want rather than have a caste system. Also Maximus is human and did not change when he underwent terrigenesis. He is, however very persuasive and uses that talent to his full advantage.

The humor can, surprisingly, from Ken Leung who plays Karnak. Karnak can find the flaw in anything and sees all sorts of probabilities before they happen. His devastating take-down of a would be admirer was brutally honest and also a moment of humor in the show. Later during a fight scene his talent is shown more clearly. I liked how they did that.

I enjoyed Serinda Swan on the TV show Graceland. She does a nice job as Medusa, wife of Black Bolt and Queen of the Inhumans. It was interesting what happens to her in the first two episodes. I did not see that coming. I don’t want to say what it is because it is a spoiler.

Overall the show was good I am looking forward to seeing the last 6 episodes and I hope that it will continue beyond that.