On Tuesday Night Allison and I were treated to a wonderful dinner at Myers+Chang in Boston. We were treated to that dinner by MyBlogSpark as a thank you for the work that I have done with them this past year. Thing is, I haven’t done anything yet but will be doing something soon. Let me tell you a little about the night.

Allison picked me up at work and we drove in to the city. Myers+Chang is an easy stop off the highway with plenty of on street metered parking around. I’m not a fan of going into the city and paying for parking at garages so I was happy that our parking only cost $1.75 in quarters (a good start). We were early but we went in and were greeted by the folks from MyBlogSpark as well as Myers+Chang. We were seated right away and our drink orders were taken. While we were waiting for other bloggers to arrive I took a few shots of the place and some of Allison. I already posted one photo of my beautiful wife but wanted to post this one of her giving me one of those, “You’re taking a lot of photos” looks. 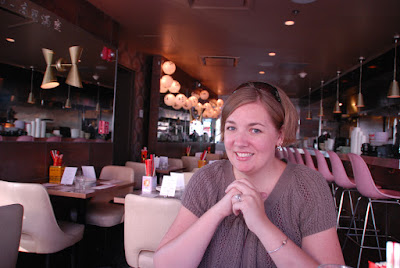 We found on our tables a printed card with the selections of meals for the night. We could each choose a starter, second course, entrée and a dessert. The cards were placed in these cute little silver fortune cookie shaped holders. 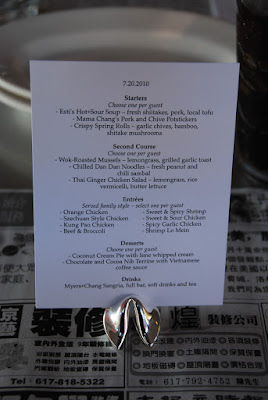 The server came over and took our whole meal order at once so that she could bring things as they came out. Allison chose the “Mama Chang’s Pork and Chive Potstickers” and I chose the “Crispy Spring Rolls”. Both starters were excellent. 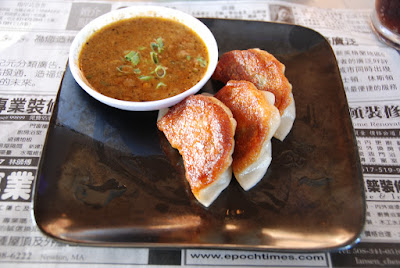 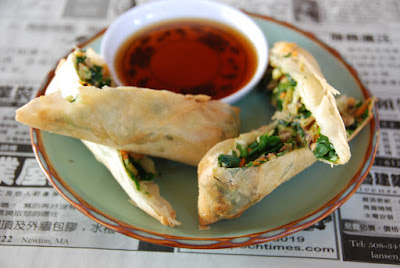 We enjoyed those very much and next we had our second course. Allison chose the “Thai Ginger Chicken Salad” and I chose the “Chilled Dan Dan Noodles” and they were also very very good. I don’t normally like anything like cold noodles but I was pleasantly surprised when I stepped from my comfort zone. 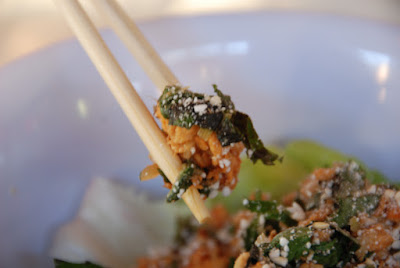 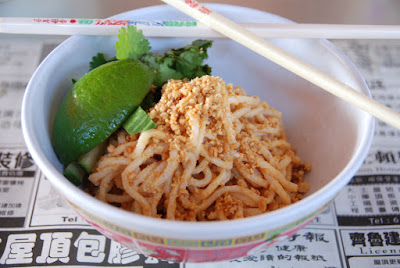 While we were eating our second course I was checking with foursquare and I noticed that one of the people who was at the dinner was one of the moms from the Sonicare Challenge program, Jodi Grundig (@JodiGrundig). We chatted for a bit and also I met Kate Hayes (@BostonBlogMom). It was nice to run into people that I knew and also meet some new people. My friend and former co-worker Megan Capone (@megancapone) was also there at the dinner, it was nice to see her and for Allison to meet her too.

Dinner was our next course and I chose the “Orange Chicken” while Allison opted for the “Spicy Garlic Chicken”. The main entrée was good, not of the same caliber as the rest of the meal but enjoyable none the less. I liked Allison’s meal more than my own. Her’s was much more flavorful. 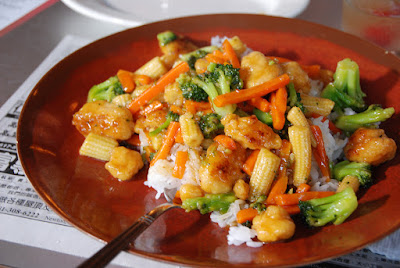 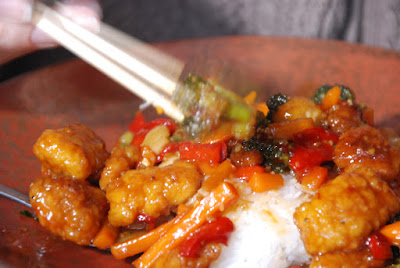 By this time I was getting stuffed and I had had a Mai Tai. 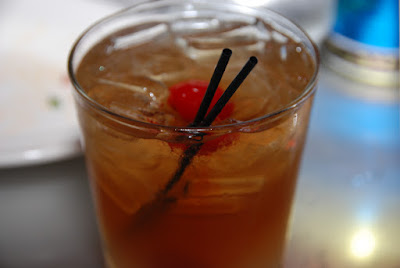 But I wasn’t so stuffed that I couldn’t fit in a delicious dessert. We ordered both of the desserts and split them. I loved the Coconut Cream pie with Lime Whipped Cream almost as much as I loved the Chocolate and Cocoa Nib Terrine. They were superb. 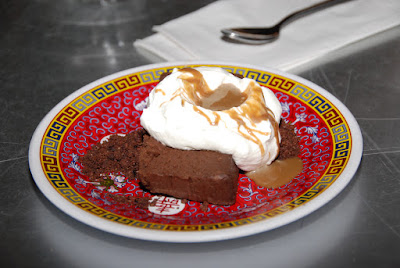 I didn’t get a good shot of the coconut cream pie. :-(. After the entire meal was complete we were given fortune cookies. I opened mine up and found this note. 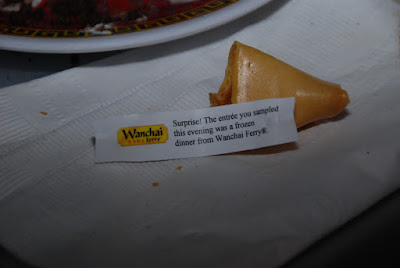 Yes, the entrée was a frozen dinner. I was completely surprised at that. I don’t know why I was but I didn’t suspect a thing. I ate my meal and sort of felt that one piece was a little cold but thought nothing of it. Also we asked for brown rice, which we got on the side but the meal itself had white rice on it too, I thought that was strange but again didn’t think frozen meal. The Wanchai Ferry meals were good, I enjoyed Allison’s more than my own and would probably chose Wanchai Ferry if I was buying a complete frozen dinner.

As we left the restaurant we were given a small red take our box and inside were 3 coupons for free Wanchai Ferry meals. 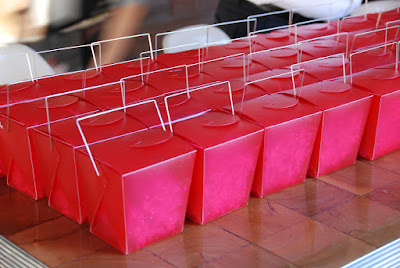 We also enjoyed seeing some of the buildings in Boston from this neighborhood. 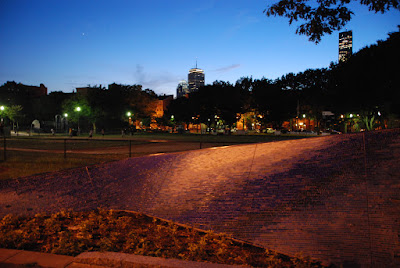 I’ve decided to hold a giveaway for the next week for anyone in the US who would like to win a free meal on me and Wanchai Ferry. To enter is simple. Leave a comment letting me know which flavor of Wanchai Ferry you would like to try. I’ll randomly select 6 winners next Friday at Noon. (July 30th 12:00pm). If you win you will need to provide me with a valid US postal address within 48 hours of being notified that you have won.

Disclosure: We were provided with the dinner, gift card (To cover parking, gas and babysitter), product and information through MyBlogSpark.

7 thoughts on “MyBlogSpark Thank You Dinner and Surprise Giveaway”