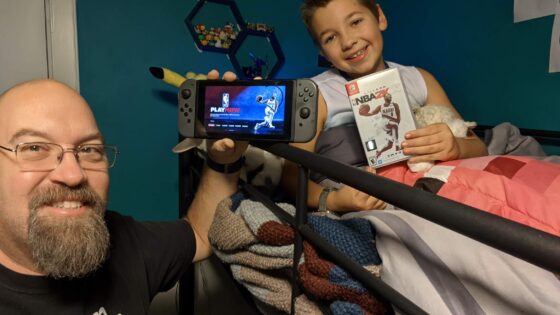 Nintendo sent us a free copy of NBA 2K21 to play with and review. Opinions are my own.

It is probably no secret that I’m not a big sports guy. I don’t really have any favorite teams or favorite sports. The reason I agreed to check out the new NBA 2K21 was that I thought it would be a fun game to play with Andy and I could use a dream team of players from when I was interested in basketball, which was the 1980s. NBA 2K21 has an 80’s all star team and I was able to play guys like Larry Bird, Michael Jordan, Kevin McHale and Moses Malone against the current players. I couldn’t even tell you any of their names other than Lebron James. However, I knew I wanted to be able to play a game with Andy. I was not prepared for how competitive he was while playing.

Other than watching Eva play basketball last year we’ve had no other real exposure to the game and that is why I was so surprised at how much Andy got into playing. I mean, he got really competitive. In our first game he beat me by 20 points. I played like I had back in the 80s. I fouled everyone and everything and nearly shot at the wrong basket. Andy was doing really well and getting point after point.

The second time we played I choose that 80’s all-star team and I dominated. I was hitting everything and Andy did not like that at all. I had never seen him so competitive before. He loves shooting baskets in the backyard with out basketball hoop (a quarantine present from my in-laws). We go out and play Horse from time to time and he likes making trick shots. Evan then he’s not that competitive. He was not happy that I was beating him so badly. I swear I was not trash talking either. 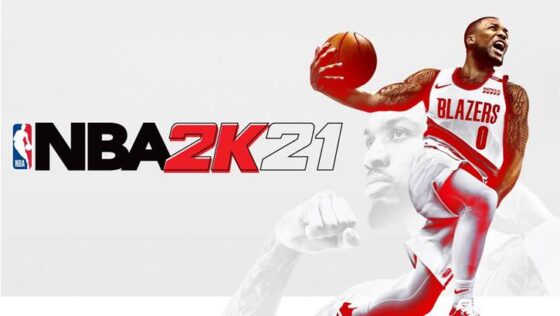 We’re going to have to play with the whole family, too. The game supports up to 10 players and you can play online using a Nintendo Switch Online membership. I definitely need to play this more in order to better understand how to use all the controls. Right now I’ve been finding out how to do things by trial and error. I think with a better understanding of the controls we’ll have a much more fun time playing. I did have so much fun playing with a team with Larry Bird. When I played basketball in grade school I had a tape of Larry Bird and Red Auerbach on how to play basketball. Playing the game transported me back there.

I didn’t even go into how amazing the graphics are. There is so much in this game from sponsors and ads that we can see plus mannerisms of players and a really nice level of detail to the graphics. There are also many different ways to see the court while playing. Different views that you can use depending upon your preference. A fun game for the family to try together. I know that mine will be happy to take me on 3 on 1. 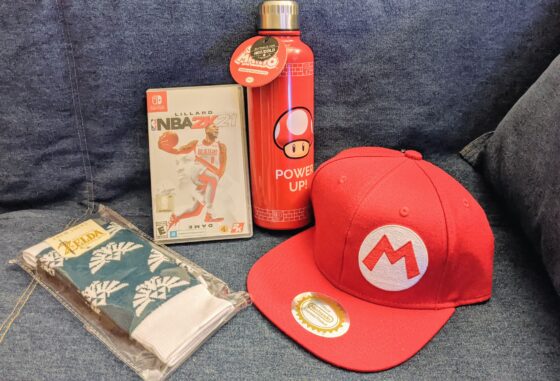 Nintendo sent us this package of goodies along with NBA 2K21.