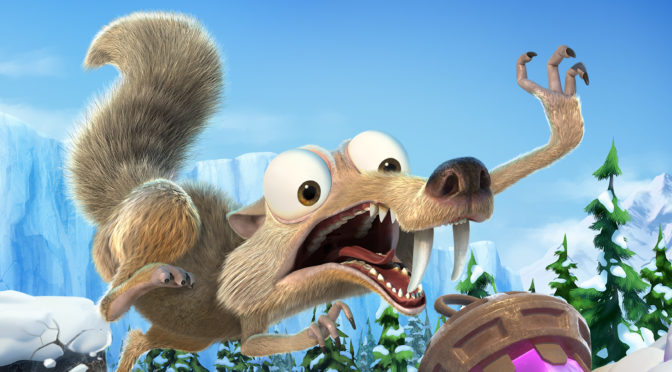 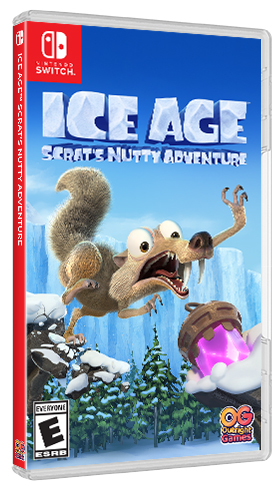 It is no secret that I love playing video games. If I could do that every day as a job that would be crazy fun. I love testing out new games and anticipating the release of others. I should be getting a copy of the upcoming ‘Ice Age: Scrat’s Nutty Adventure’ to try out and review. I’ll definitely have some gameplay videos made about this one. Scrat is probably one of the funniest parts of the Ice Age Movie. This game is sure to be a funny one for us to enjoy. I know the kids are gonna love it. You can check out some game play as well as more information on the game below and when October 18th rolls around be on the lookout for my gameplay video and review. 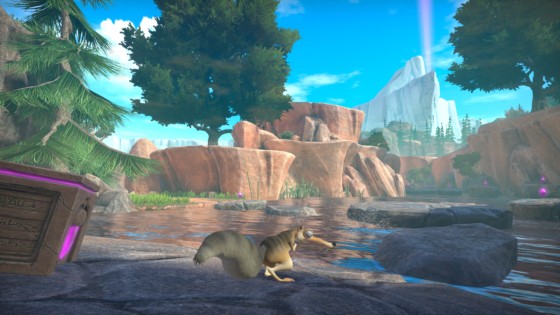 London, UK, August 29th, 2019 — BANDAI NAMCO Entertainment Europe and worldwide family entertainment publisher Outright Games™ are excited to reveal that ‘Ice Age: Scrat’s Nutty Adventure’ will be released on October 18th, 2019. Fans can now check out a new trailer that shows off Blue Sky Studio’s blockbuster film franchise’s sabre-toothed protagonist in action as he leaps across his most visually stunning video game to date, in search of the legendary Crystal Nuts. This brand-new 3D action-adventure will release on PlayStation®4, Xbox One, Nintendo Switch™ and PC digital.

You can view the new gameplay trailer here:

“This is an exciting time for us as we look to expand on one of the biggest properties in kids’ entertainment in a way only video games can,” said Terry Malham, CEO of Outright Games. “Revealing to the world how fun Scrat’s first solo adventure game is, as well as announcing when you’ll be able to play the game itself, is something we hope will delight Ice Age fans of all ages.” 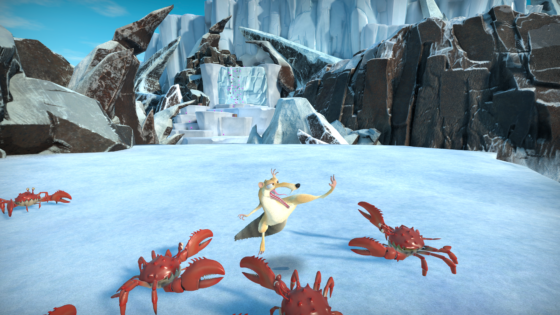 In Ice Age: Scrat’s Nutty Adventure, Scrat, the calamitous sabre-toothed squirrel, will embark on an epic quest through classic Ice Age locations to recover his cherished acorn from the ancient Scratazon Temple. Only the legendary Crystal Nuts can unlock his prized possession, which Scrat will attempt to collect as he faces fierce prehistoric creatures, to return the missing relics to their rightful home. Players will guide Scrat through a perilous journey across icy terrains, raging geysers and burning lava. Explore adventure-packed locations to discover treasures that unlock special powers and help Scrat to jump higher, grab heavier objects and find every last treasure in this all-new Nutty adventure!

Keep up to date with the latest news:

Outright Games is a global video games publisher with a focus on quality family entertainment to a worldwide audience. Founded in 2016, Outright Games has established its place in the market delivering engaging interactive games of beloved entertainment licenses globally. Outright Games brings stories and characters to life with titles including such favourites as Adventure Time: Pirates of the Enchiridion and Ben 10 with Cartoon Network, Hotel Transylvania 3: Monsters Onboard with Sony Pictures and Dragons: Dawn of New Risers with NBCUniversal. With an Outright Games title there will be fun for all the family to enjoy. For more information please visit: www.outrightgames.com