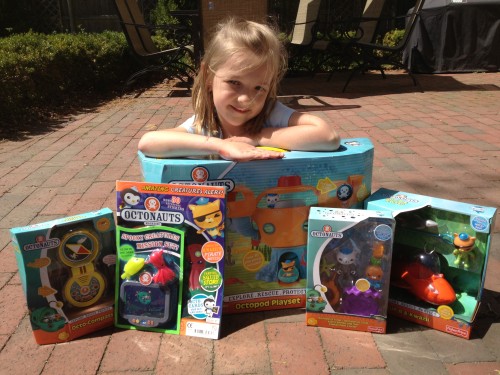 We received a package of Fisher-Price Octonauts toys from Childs Play Communications to test out and review. I gave the toys to my chief toy tester, Eva to see what she thought about them. What is contained in this review is our opinions 100% honest. The package that we received included the Octopod, The Gup-B with Kwazii, Barnacles and Turnip, the Octo-Compass and the Octonauts magazine with special creatures and what Eva dubbed the Octo-pad.

The Octonauts are a group of scientists and explorers who help saving sea creatures. The crew of the Octopod has a fleet of underwater vehicles called Gups and also some fun underwater gadgets. The Octonauts and their adventures can be seen on Disney Junior. You can learn more at http://www.octonauts.com.

I opened each of the packages and was pleasantly surprised to find that it was very easy to open them. The packages were perforated and some of the perforations were built right into the design of the packages. 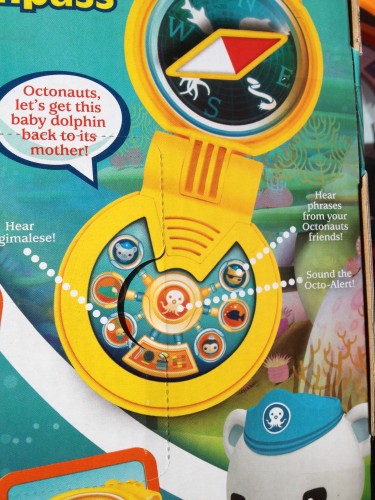 See how the perforation is in line with the curve of the Octo-Companss. 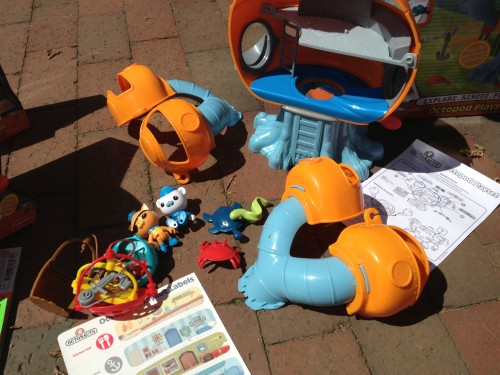 Once the packages were opened it was time for a little assembly. Assembly of the Octopod was easy. The instructions were one page and only two pieces were attached to the main Octopod. Once you attach those two pieces they are on permanently so put them on the right sides. 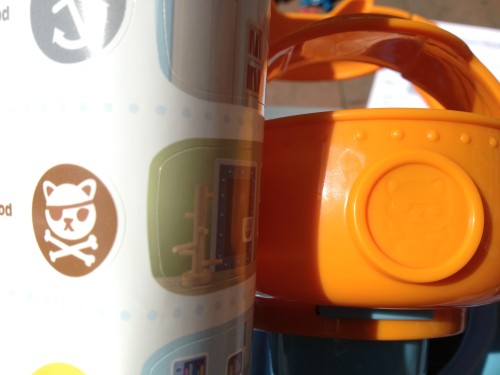 Sticker application was also easy and the Octopod shows you exactly where to place them. There were special details on each of the pods so that you can identify where to place each sticker. 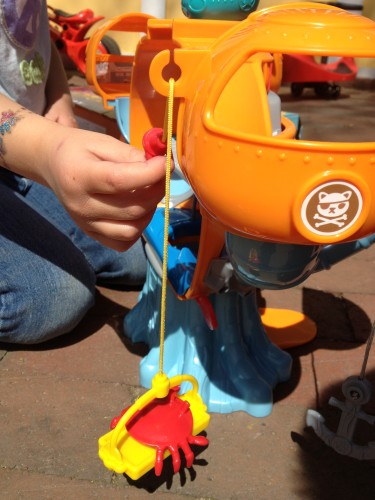 Each individual pod on the Octopod has a little hole for the different accessories like an anchor, a stretcher and more. kids can quickly move the accessory to any pod and make it so that the characters can lift creatures or food into the Octopod. 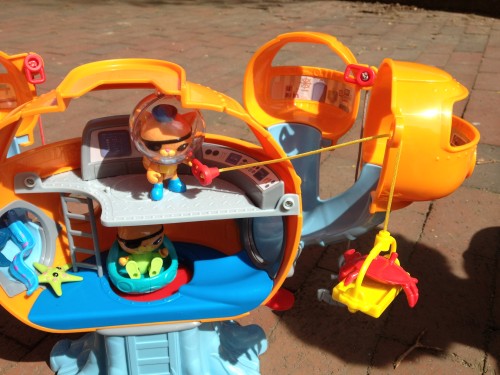 Take a look at the Octopod in the image above. The Octopod has a bunch of great interactive features including the Octo-hatch which when opened launches a character in the Gup-A. The Octo-Hatch opens and the Gup-A slides down the Octo-Hatch and out of the front of the Octopod. 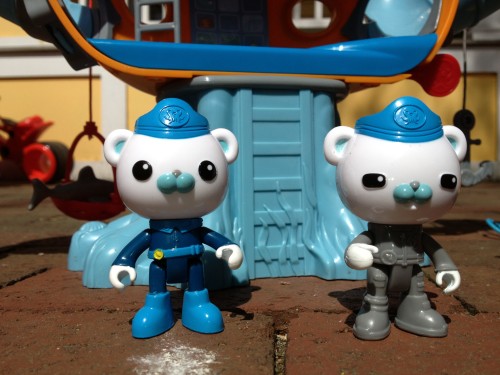 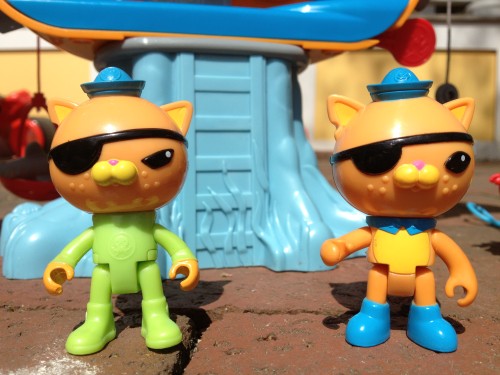 In one of the sets the Rescue Assortment Barnacles & Turnip there was a deep sea suit that fits all of the character figures. Here is the Deep Sea Diving helmet on Barnacles. 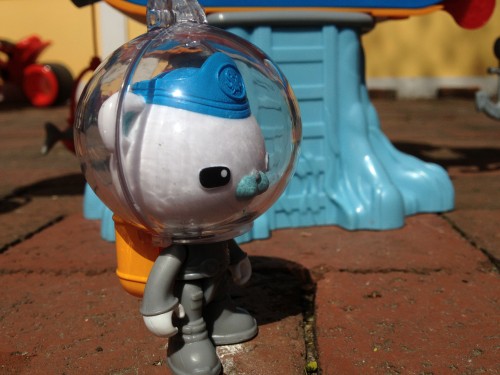 And here is the same Deep Sea Diving Suit on Kwazii. 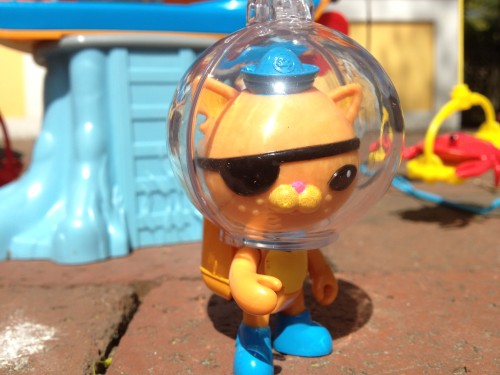 Eva and I played with these toys for the afternoon to get a good idea of how fun they are. I enjoyed the Gup-B which is one of the more fun Gups. This is both a land and sea toy. You can use this toy in the tub and it can squirt water as well. That set came with a color changing shark as well as a rescue tool. The shark’s stripes change from a light yellow to a bright orange. Other sets come with color changing sea creatures also. Eva is looking forward to using those toys that are non electronic and have no stickers in the tubby. She accidentally got water on the Octo-Compass and the sticker on the needle of the compass came off. This was after I had asked her not to get any of the toys with stickers wet. But, what can you do, the Octonauts are characters from under the sea so water is going to be involved. We had a Tupperware full of water for Eva to use to play with each of the figures.
she was real good about it and we dried everything off when we were all finished playing. 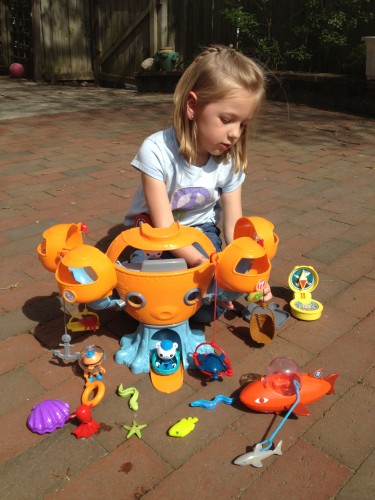 We had a wonderful time playing with the Octonauts. They are fun figures, pose-able and even with the Deep Sea Diving Suit on they stood up perfectly fine. The figures have little holes on their backs and feet so that they can be secured into the Gup-A or the Deep Sea Diving suit. In the Octopod there are pegs on the floor so that the figures can stand in the control room.

In addition to the toys that we received there was also an Octonauts magazine with over 50 stickers and lots of activities. We read the magazine together before Eva went to bed tonight and she enjoyed adding all of the stickers to the different missions in the magazine. It was a nice way to end the day of play with the Octonauts.