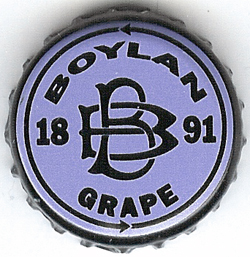 Ellis was being filmed for something, not sure what exactly but I think that is why he was really working the storytelling angle last evening, which is one of the things I really like about Ellis, his stories, so I was happy. END_OF_DOCUMENT_TOKEN_TO_BE_REPLACED

The inaugural Monthly Game Night took place last evening at our apartment. In attendance were Neil and Andrea, Tara and Erik, their friends Brett and Julie, and Allison’s friends Sue and Joe. We started the evening with pizza from North Attleboro House along with some salads and some fine Sam Adams, Light and Winter Lager. After everyone had their fill of pizza and time to get acquainted we delved into the game of Cranium.

Halfway through reading the directions aloud it was noted that Neil and Erik had expressions like that of dogs contemplating the inner workings of a spin dryer. So the instructions were junked and the game board set up.

If you’ve never played Cranium before, it sounds complicated, but it is, in fact, very simple. There are elements of many other types of games and that is what made it interesting, funny and downright frustrating.

We split into two teams of five because it looked like having four teams (2,2,3,3) would take too long, but the game can move quickly. So the groups were split by seating position. Erik, Neil, Andrea, Sue and Joe were on one team while Tara, Julie, Allison, Brett and I were on the other.

We learned some interesting facts about the abilities of our friends. Erik is a closet sculptor (he made one mean sleeping bag), Neil sings better than he hums (his humming rendition of pretty woman would do Barry Manilow proud.) The game brought out the talents of the group, some could act some could draw, some could spell and some had heads full of facts.

Allison and I agree that the evening was very enjoyable and we are looking forward to the next game night. Thanks to everyone for coming, we really enjoyed your company.