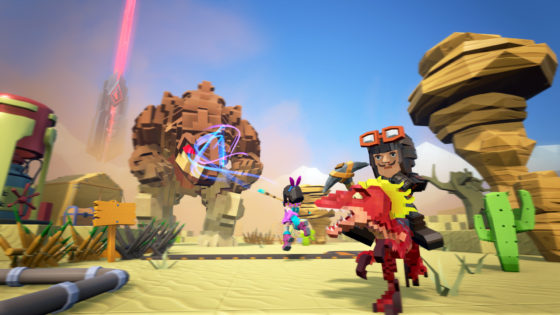 If you are on Steam or Xbox then today you can be playing the all new PixARK. I’m going to be waiting until the game is released on the Nintendo Switch later in the year but that doesn’t mean that you can’t enjoy the action and adventure! Also, if you are a Steam user then you can get the game for 20% off at a rate of $19.99. This offer ends on April 3rd. You folks on Steam and XBox Games PReview are lucky. You will be among the very first to experience PixARK’s world of mystery, danger, ancient dinosaurs, mythical beasts, and cubes! The full details are below. 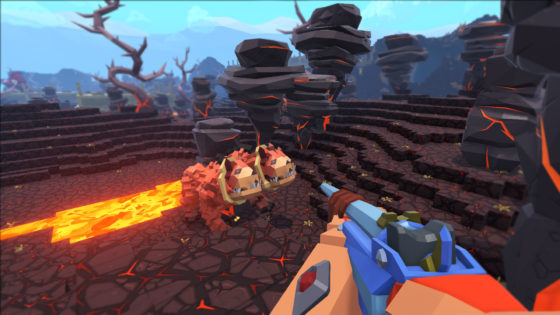 March 27, 2018 — Today, Snail Games announced that open world voxel-based sandbox survival game PixARK has arrived on Steam Early Access and Xbox Game Preview. PixARK will be available for $24.99 during the early access program. For the first week until April 3 however, Steam users will also be able to purchase at a 20% discount at $19.99.

“There is no better feedback than the input we receive from our passionate community of gamers,” said Peter Kang, director of live operations and business development, Snail Games. “It’s really important for us to get players in early to give us important feedback so that we can turn this into a game that everyone will love.” 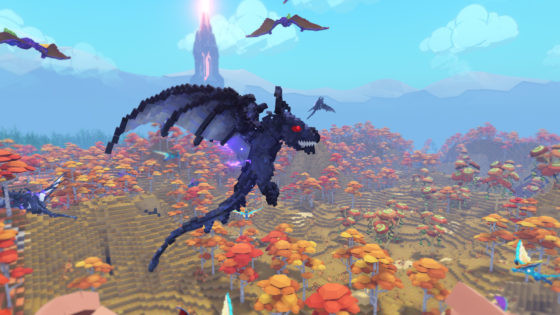 In PixARK, a group of players wake up on a mysterious island, only to find themselves stranded. To survive, they must hunt, harvest, craft items, grow crops and build shelters to protect themselves from dinosaurs, natural hazards and potentially hostile human players. Using skills and the natural resources around them, players must tame or kill vicious creatures and learn to travel between worlds to uncover the mysteries that surround them.

During the early access period, Steam and Xbox One players will be among the first to enter PixARK’s world of mystery, danger, ancient dinosaurs, mythical beasts, and cubes! Key features in the game include:

PixARK will also be coming via retail and digital distribution to PC, Microsoft Xbox One and Xbox One X, Sony PlayStation 4 entertainment system and the Nintendo Switch later in 2018.

To learn more about In PixARK, please visit: http://store.steampowered.com/app/593600/PixARK/

Snail Games has been a pioneer in the digital technology and entertainment industry since its founding in 2000. The company has developed and published over 50 digital products, providing entertainment to 85 million users in over 100 countries and regions. As the mobile era continues to accelerate, Snail Games aims to expand the scope of gaming through innovations in software, hardware, and telecommunications.