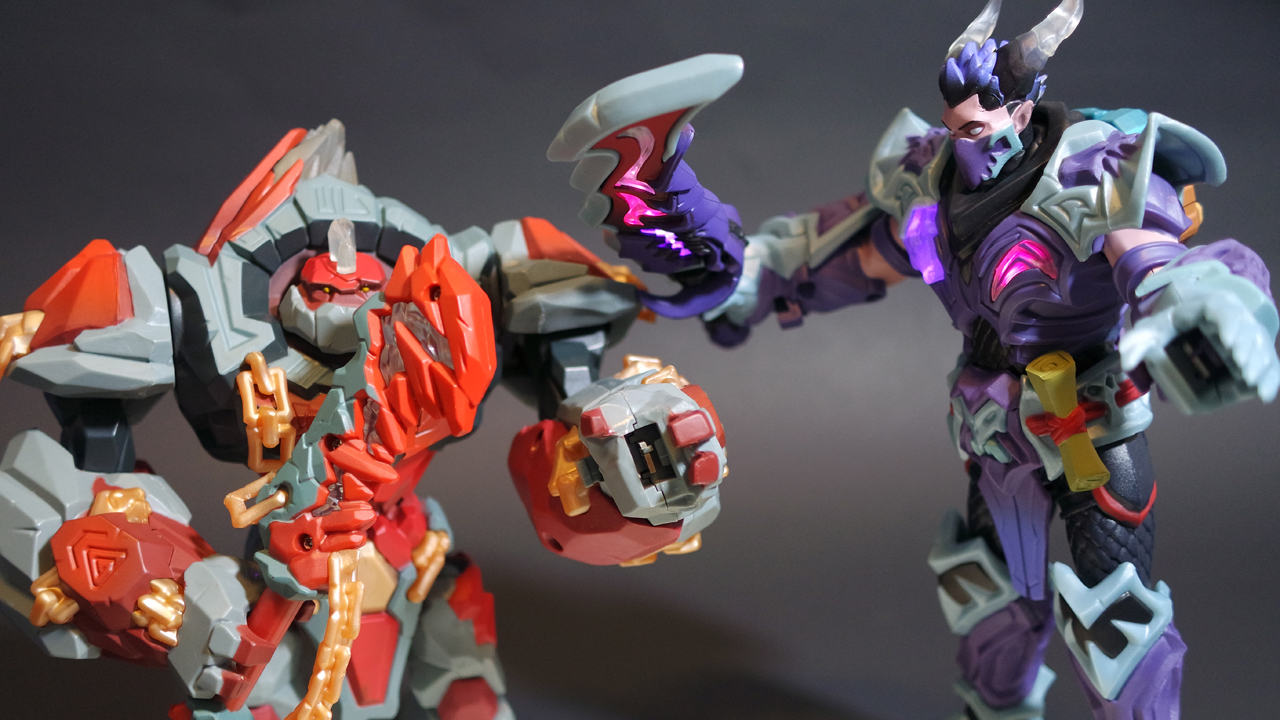 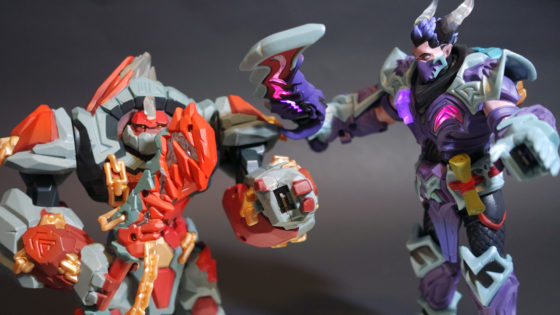 Play Fusion and TOMY sent me a couple of the new LightSeekers Smart Figures for free to play with and review. They also sent me two of their smart weapons, the Molten Blade and Leeching Scimitar. Opinions are 100% my own. I have Amazon.com affiliate links so that you can purchase these characters for yourself.LightSeekers is an incredible game that has so many facets. It is a video game app, it is a series of smart action figures and smart weapons, and it is also a collectible card game. Oh, and the cards are all augmented reality cards that can be scanned into the app to help your heroes. So much is packed into this incredible game.

The two figures that were sent to me were Boulder the Everok and Zyrus the Noxin. Boulder is aligned with Mountain and Noxin with Dread. I think that Boulder is one of my favorite figures for this game. He’s massive and made out of rock. I like the lighted elements to the character, too. His voice is pretty cool, too. Zyrus is intimidating with his armor and his voice as well. Although I think it is hilarious that he keeps saying, “Stop trying to make me dance!” You can see more of each of the figures in the video below.

Did you notice how quickly each character was picked up into the game? That is because they are bluetooth connected and you can also use the character as a controller and when you move the character in the real world it will move in the game. You can use the character to fly as well if you attach a flight pack to them. Each alignment has their own flight packs, too. 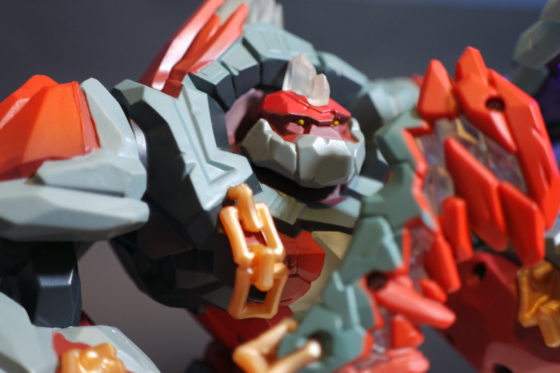 Just look at Boulder! He’s made out of hot lava and solid granite. It is such a cool design. Then you add those golden chains and it completely makes the look. 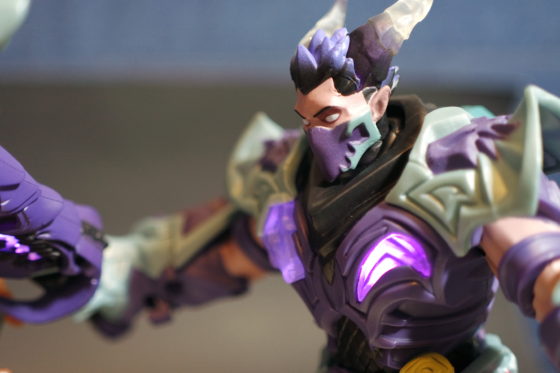 Zyrus has incredible armor. And the way the light effects happen with this character make him even more intimidating. He is a hero but looks like a baddie. I like that. 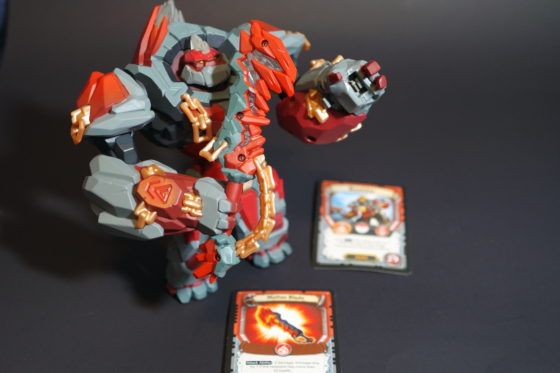 Boulder and his weapon, the Molten Blade each came with AR cards that can be used in the app and also in the collectible card game. The are exclusive to having these the physical character and weapon. 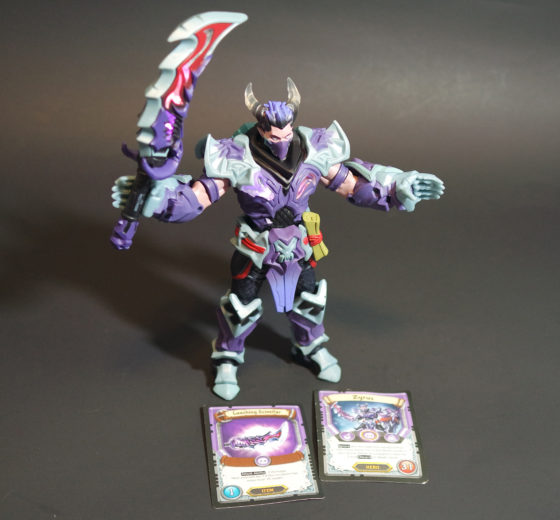 As we saw with the Boulder Figure above, Zyrus and his weapon, the leeching Scimitar also come with AR cards that are exclusive.

The characters are not just models, they can move and pose and stand seven inches tall. The weapons that each character uses can also be swapped and shared. Weapons increase in level the more they are used, just like the characters.

You can get the characters at a pretty decent discount through Amazon.com. I’m thinking of picking up some additional items as well, plus decks for Mountain and Dread alignments or elements, I can never remember what they are called.