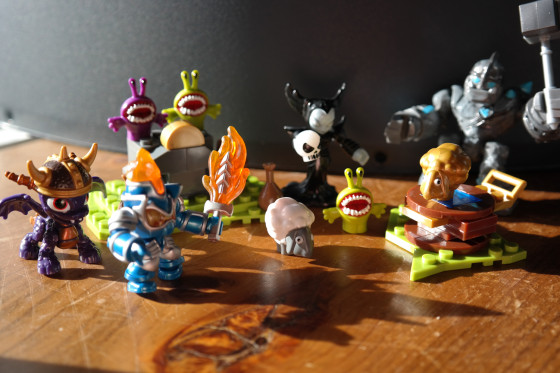 I was in Target and saw that they had an exclusive set of MEGA Bloks Skylanders figures so I picked it up. The set contained a Granite Crusher, Hex, Spyro with a Viking Helmet and Ignitor. It also came with a purple chompy, green chompy and two sheep, one white and one gold. I was excited for Granite Crusher because he is my favorite figure from Skylanders Giants and I hadn’t seen Hex or Spyro with the Viking Helmet before. 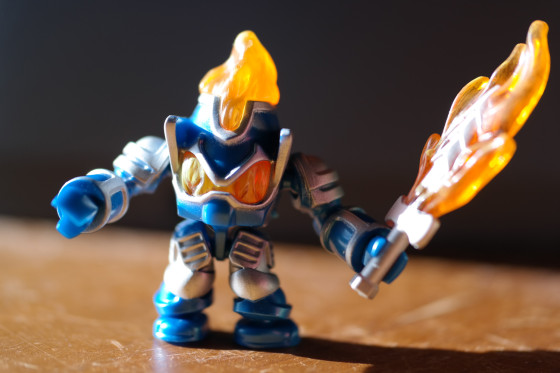 The set comes with yet another Ignitor. I now have three of this very same figure. I got him in the battle portal and also in the Dark Castle Conquest. There is no difference at all between all three of them. There really is no reason to add Ignitor to another set. I was disappointed in this choice. 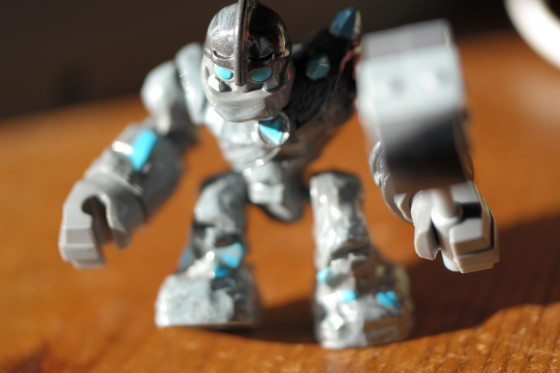 Granie Crusher is nice but he could be better. He should be darker. He’s pretty much the exact same color as regular Crusher (See picture below) and the Granite Crusher figure for the game was black. I really would have liked this character much more if he had been a black but even if he was a couple of shades darker than regular Crusher would have been better. 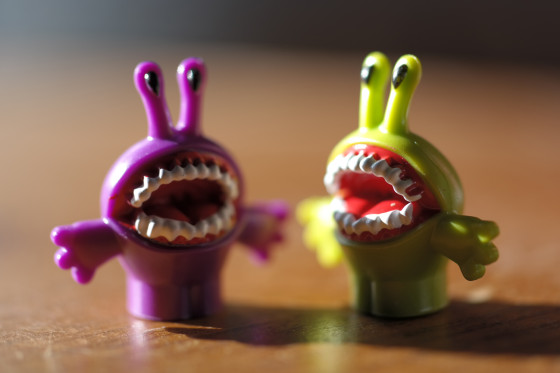 This is the only set that I know of that has a Purple Chompy. The Purple Chompy is from a very frustrating heroic challenge. You have to kill a certain amount of green chompies but you can’t kill more than one purple chompy. And even though they are supposedly “good” compies hey still try and bite your character. I think I’ll have Granite Crusher stomp on this guy. 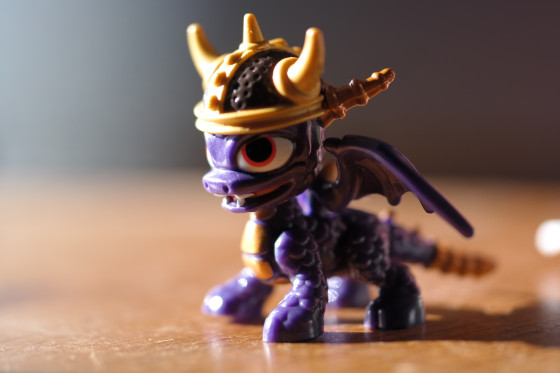 There was a Dark Spyro figure released that had a viking hat. That figure was exclusive to Target. This time around we have the same mold but it is regular Spyro with the viking hat. He looks good and I am glad to see that most Spyro characters have a slight variation to them. The first MEGA Bloks Skylanders figure that I got was Spyro as part of the Arkeyan Copter set. 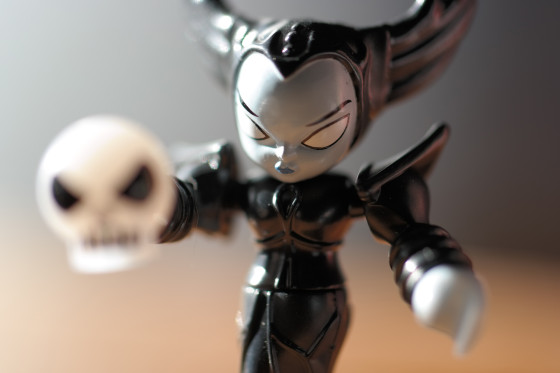 Hex is a figure that has not been released in any other previous set from MEGA Bloks. She is a favorite with Eva and is a nice figure for our collection. She comes with a skull that she can hold in her hand. 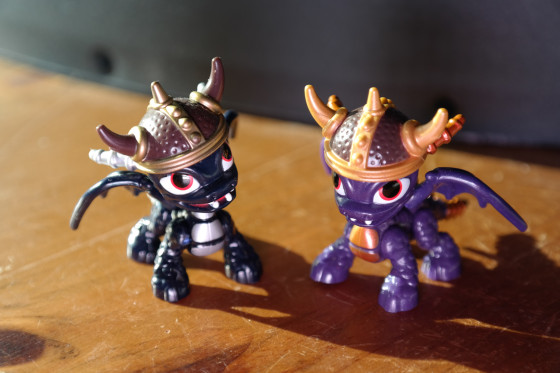 I wanted to show you a comparison of Spyro and Dark Spyro in their Viking hats. Evan the paint on the hats is different. And now that I look at them together I think that Dark Spyro’s hat looks a little strange with brown horns. 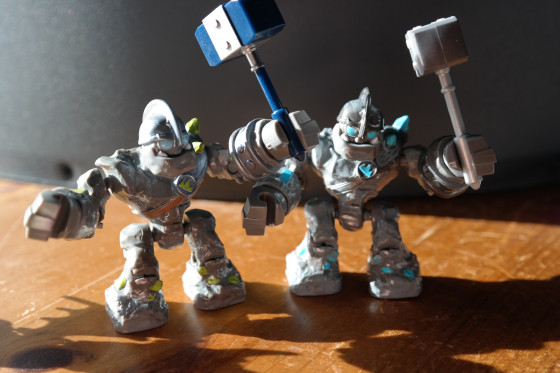 In all it is a decent set with some nice figures. One I wouldn’t have included, One I would have given different colors and two that are fine as they are. There were also some additional bloks included to make a Sheep and Chompy launcher and other bloks to make some sort of breakable rock with a hidden Earth symbol inside. not sure the point of that and why the Earth symbol was chosen. If you see this at Target grab it to complete your MEGA Bloks Skylanders collection.