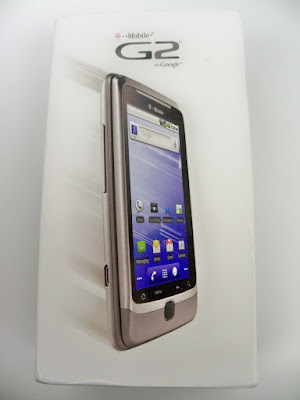 I had the opportunity to test out the HTC G2 from T-Mobile for two weeks. When I was at Modern Media Man back last September I met up with the representative from T-Mobile and he connected me with the PR agency to be able to test out the phone. I was sent the phone and was able to do everything with it possibile except for hear anything on a phone call. Since I wasn’t making a lot of calls with it anyway I didn’t really mind. There must have been some setting that I didn’t figure out on that phone. The more important thing for me was being able to use the smart phone features.

The smartphone features are great. The phone is very fast. I was able to set up all of my accounts easily and download and update a ton of apps super fast. 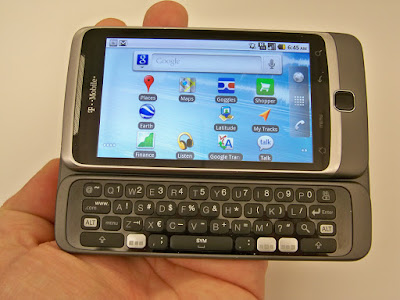 The camera on the phone is also very fast for startup and then focusing. I was able to shoot a ton of photos at that the same time as I was shooting photos with my current phone, the Motorola DROID 1st generation. I did some side by side comparisons on teh quality of the photos as well. Here are my examples.

The best feature of the phone that really helped me and my whole family out was the mobile hotspot feature. Our Comcast Internet was down for two and a half days. We did not lose our access to the Internet at all! Win! We were able to keep everyone in the family up on their respective devices just by using that one hotspot on the phone. I was incredibly impressed with the speed of hotspot and for that alone I was jealous of this phone. 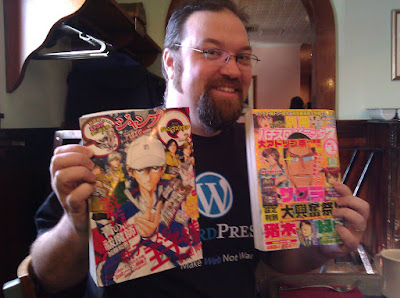 The keyboard was also impressive. It was not a slide out traditionally. It sort of flipped out instead of slide. This photo illustrates how that looked. 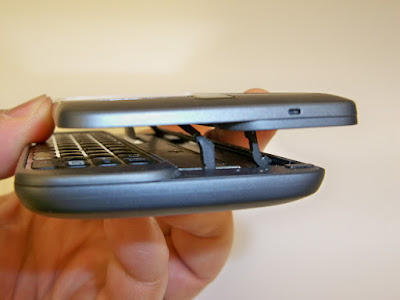 I also like how the keys were separated so that you could feel them with your fingers. That is something I have hated about the DROID. The keyboard on that is bigger but it is harder to tell when you are touching different keys. With the G2 is is ready. The keyboard is a little shifted over and that took some getting used to but I eventually handled it fine. 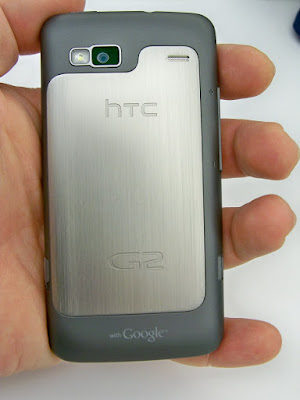 Battery life on the G2 was not good though. I would charge it overnight and even on days that I didn’t use it at all it was still dead at the end of the day. Maybe there were things running in the background but overall there was nothing taxing the system. I wasn’t impressed with that but I was impressed by the speed and other features of the HTC G2.

I was sent this phon to review for two weeks, when the two weeks were up I sent the phone back. The opinions expressed about the phone are 100% mine.