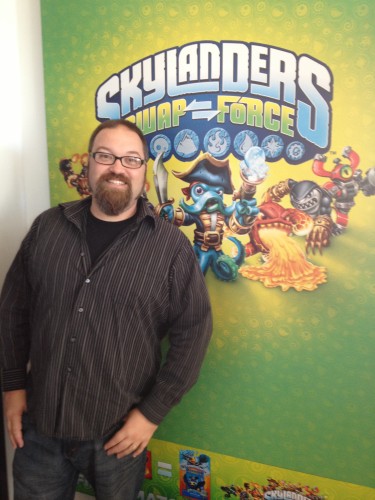 Yesterday I took the train down to New York City to attend a Skylanders Swap Force Event where I got to see a bunch of figures up close and actually got to touch them and what’s even better, I got to PLAY the game. Yeah there were four playable levels plus I got my hands on the 3DS version of the game. I learned a ton of information and I hope that I can relay all that I learned to you to help you get even more excited about buying this game and the figures when they come out in less than a month. 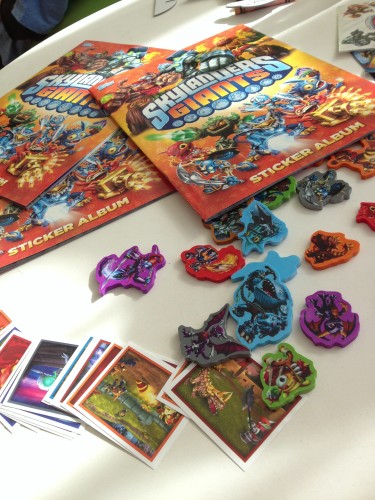 The event was at The James Hotel in Soho. I took the train in from Providence and then hopped the E train downtown to Soho. The event was in a suite in the hotel where there were four setups of the game, two on the Wii U and two on the XBox 360. There were a few characters to play with (Check out my full gallery of images of the Swap Force Figures) like Magna Charge (Swap-able Tech), Blast Zone (Swap-able Fire), Wash Buckler (Swap-able Water), Rattle Shake (Swap-able Undead), Lava Barf Eruptor (Re-posed Series 3 Fire), Mega Ram Spyro (Re-posed Series 3 Magic), Zoo Lou (New Core Life) and Roller Brawl (New Core Undead). These were the ones that we could play with. There were also some additional characters in a separate room with the Playstation 4 including Boom Jet (Swap-able Air), Grilla Drilla (Swap-able Life) and Slobber Tooth (New Core Earth). We got a great demo of the characters from Lou Studdert, from the Activision development team. 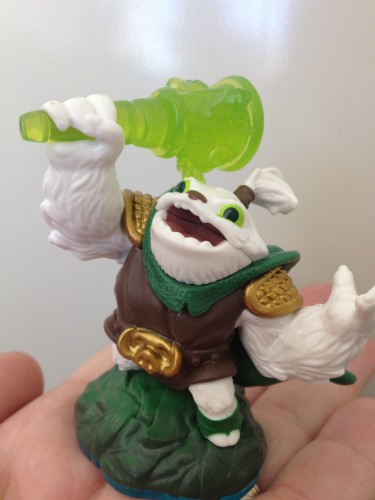 Lou was very nice and personable. He clearly loves the game and loves to play the game. I had to chuckle a bit because every single character he put on the portal was his favorite for one reason or another. I feel the same way about all the characters. They are all my favorites. Lou showed is the game on the PS4. It looked amazing but to tell you the truth the game looks almost as amazing on the Xbox 360 and Wii U. I learned so much about the game from Lou. I also picked his brain a bit after the demo once the kids were done asking their questions. There were kids there, too, and they had fantastic questions and knew so much about the game. 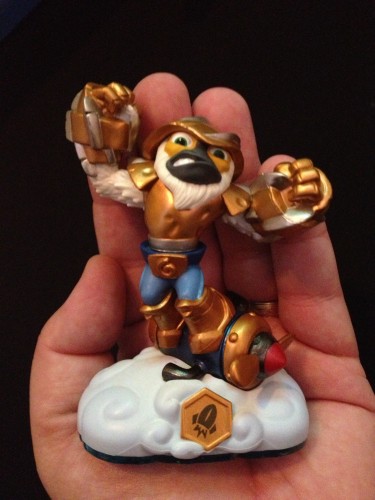 Since I have been upgrading every one of my Skylanders figures through their individual quests and the Heroic Challenges I wanted to see what things would still be in the third evolution of the game. The quests are still there but there are a bunch of other challenges that characters can do. Not necessarily heroic challenges but other cool challenges. There is so much happening in this game. It is more colorful, brighter and the graphics are even better than Skylanders Giants. Each Swap-able character is part of one of the elemental teams but they also have a special ability like digging or climbing. There are special challenges for characters to complete with those abilities and since you can do each of the individual challenges 32 times (2 characters with each ability times 16 swap-able characters). 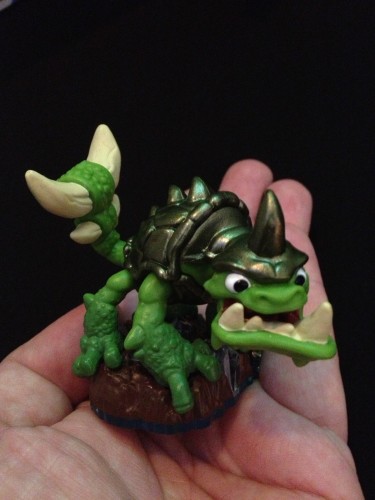 In addition to the characters leveling up, you the portal master can level up as well. Portal Masters can get to level 80. I did not see how a player can upgrade as a portal master but it sounded interesting and I cannot wait to explore that. 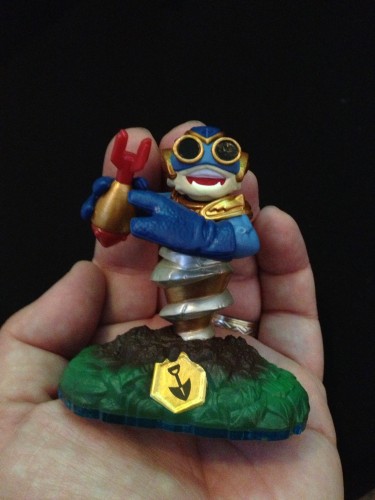 The game takes advantage of the swap-able nature of the figures and there are mixed elemental zones where you have to combine the two halves of figures to match that zone. Series 3 characters will get a knew Wow Pow power. Characters can go to level 20. 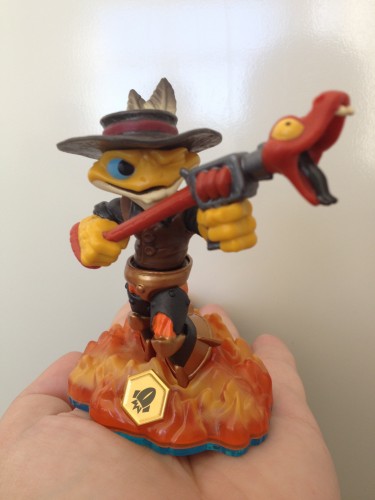 I also spent a good long time talking to Guha Bala from Vicarious Visions. He was amazing to talk to. We chatted about the figures themselves and how they compare to other action figures. I don’t consider them action figures, I consider them statues because we do not play with them outside of the game. The only action the figures get is on the portal of power. We also talked about other games, MEGA Bloks Skylanders sets and more. 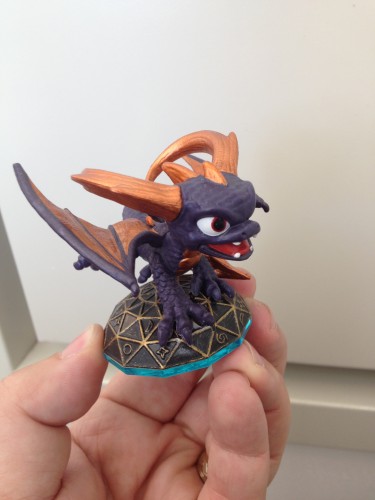 I was so excited to get to play with the game and play the different levels. The four levels we could try out were Iron Jaw Gulch, Cascade Glade, Rampant Ruins, and Winter Keep. Winter Keep was the level that I got to see the most. This was where the frost elves are in an epic snowball fight with the trolls. There were some new NPC characters like Duff (a frost elf with a Scottish Accent made me think of Craig Ferguson) and Sharpfin a pilot of an air ship with three engines. It was loud so I didn’t hear who everyone was either. But Flynn is back and looks better than ever. 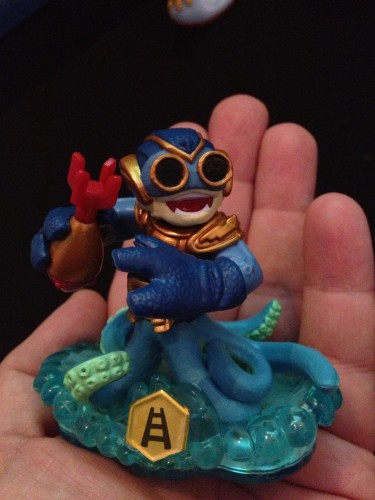 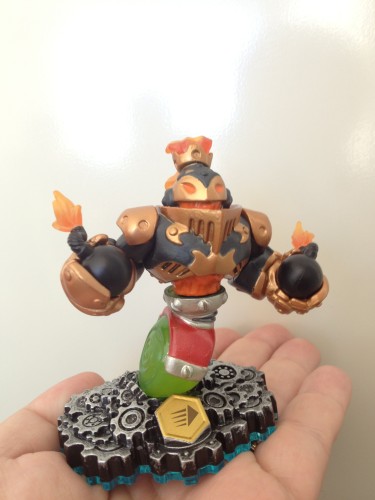 So, there is a lot to know about Skylanders Swap Force. I don’t even think I retained all of it but remembered most of it. One last thing that fans of the 3DS game will enjoy, now you are able to play with all of your figures at any time. You just load them on the portal and they are in the game. Swapping the Swap Force Figures is super easy as well. Such an improvement over the first two games which are good in their own right but a pain to swap figures. I think this change will make the 3DS game even more fun to play for all fans. 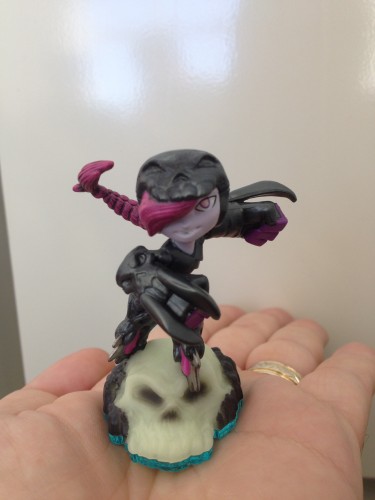 Stay tuned for more Skylanders Swap Force and my upcoming gameplay videos of all my figures.