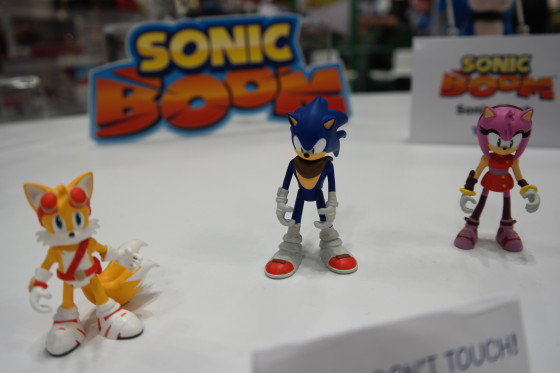 When I went to Toy Fair I was able to get a look at the new Sonic Boom toys. They look fantastic and there were even more of them that I wasn’t allowed to shoot. I would love to have them for my desk and I’m pretty excited that there is a new adventure game and television series called Sonic Boom. This video shows off the video game and the cartoon. The thing that I am excited about is that the same voice talent will be in both projects. I have a sort list of that voice talent with more to be released later. But first, watch the video. There is even footage of a recording session.

Additionally, SEGA is pleased to be able to confirm the English language voice talent and voice director for the Sonic Boom videogame and TV series: