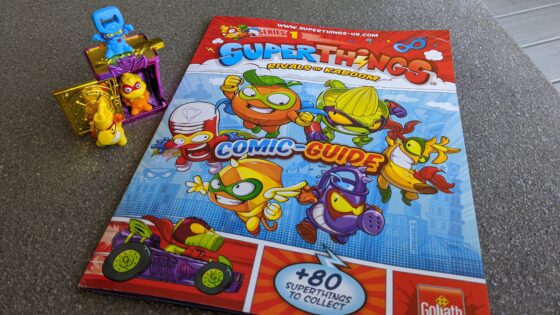 We were sent a SuperThings Series 1 Starter Pack from Goliath Games for free to play with and review. Opinions are our own.

SuperThings are not new. They have been around for a while in other countries and they are making their US debut. They’re going to cause a big stir here as well. These collectible figures are well designed, have a great feel in your hands and are fun to collect. Based on everyday objects the SuperThings make their home in Kaboom City. There they battle their fated rivals. Each SuperThings character has a rival and each one has their own special power. 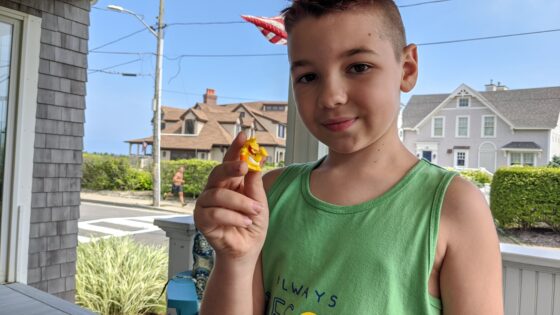 One of the characters that Andy got was Crazy Jet. Crazy Jet is a watering can that is one of the bad guys in Kaboom City. He’s part of the MadClan and he has a rival that is an umbrella. So when Crazy Jet uses his power of Aquattack and creates tsunamis of pressurized water only Power Shield can stop him. Power Shield just so happens to be an umbrella and is part of the Central Patrol team in Kaboom City. Power Shield’s power is Blocker and with it he uses his big head as a protective shield to block enemy attacks.

You can learn much more about each of the SuperThings through the SuperThings website and also on the SuperThings Amazon.com page (Affiliate Link). On the Amazon.com page you can not only buy the SuperThings figures in the Starter Pack or in Blister Packs of 4 with a Super blaster but they also have a blister pack of 10 SuperThings! There are also blind bags, SuperCars and Kaboom Traps. Each one gets you closer to collecting all 8 of these figures. But then there is also the rarest figure of them all, Enigma. No one knows who Enigma is but if you can find him…. 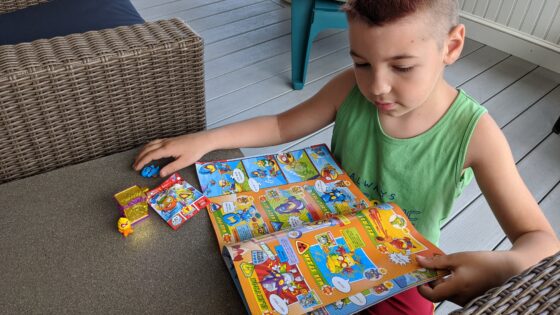 We enjoyed the Starter pack because it was a great introduction to the SuperThings. Andy was able to learn all about them through some little comic strips and there was also a map of Kaboom city. He was all ready to dive into this word. He can learn more about the series on the SuperThings Youtube Channel. That channel has the SuperThings episodes and more.