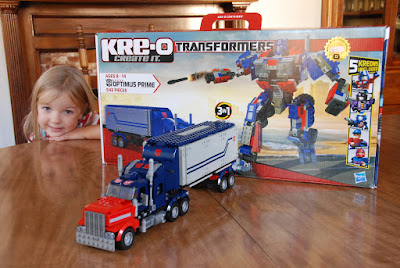 Transformers is my all time favorite line of toys, comic books and cartoons. I also liked the movies but let’s not push it. The one thing that we can thank the movie for is the resurgence in interest in the Transformers franchise and that means more Cartoons, comics and toys, so in that vein I certainly appreciate those movies. That and they were fun to watch. Out of the movies comes a new line of Transformers toys called Transformers KRE-O. KRE-O is a link of brick based building toys that are used to create Transformers like Optimus Prime, Megatron, SideSwipe and BumbleBee. Some of the sets have characters with G1 (Generation 1 from the 80’s) like styles and others are from the movie. I received an Optimus Prime set and it was awesome to build. 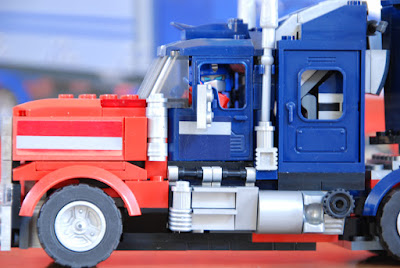 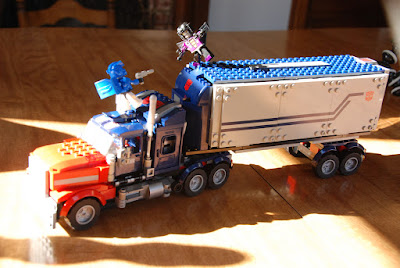 Putting together the set was a good experience. I poured out all the bricks and tried to organize them but didn’t and Eva was with me when I built this. She pretended that the Kreons were building Prime and so I’d add a few bricks and then put the piece down so the Kreons would work on Prime too. Prime also came with a set of Kreon sized tools like a drill, wrench, hammer and more. The one thing that I wish was included in the set would be some sort of tool organizing spot inside the trailer. There is no place to put the tools so I had to improvise. I also liked that almost every piece was used when I built the Truck and trailer. 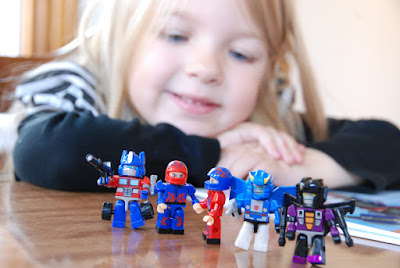 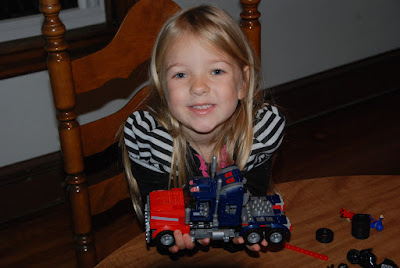 I also took the whole truck and trailer apart and created the Robot. I was impressed with how I was able to use most of the pieces to complete the robot and a N.E.S.T. base of operations. There were a lot of pieces left over but I used them to enhance the base. 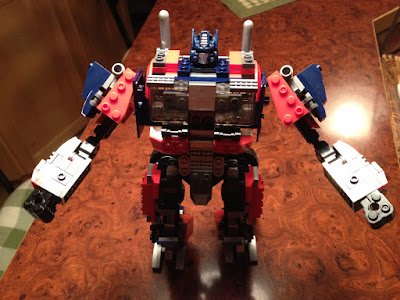 The Robot was decent. It stayed together well and was poseable. I’m pretty impressed with the whole KRE-O experience and would love to build more sets.

If you’d like your own Optimus Prime KRE-O Set then enter to win below.

Please use the rafflecopter widget and follow all of the directions. The first direction is to leave a comment on this post (scroll to bottom to the comment section) after you’ve visted the Transformers KRE-O website and tell me what KRE-O set you’d love to make. Then click the “I did this” button on the rafflecopter widget. You can gain more entries by doing other tasks after that. But you must do the first steps to enter.