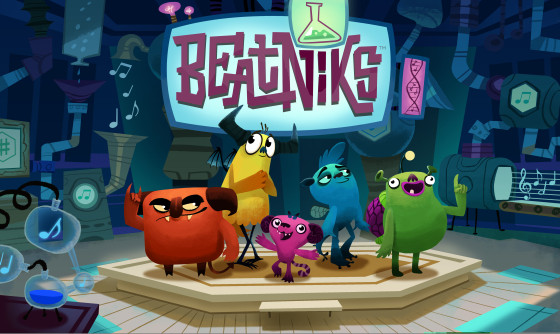 The new app BeatNiks is a fun little musical adventure where you create a little monster and then care for it. You keep it cleaned, entertained and fed. As the monster gets more experience it will begin to evolve. In addition to playing with the BeatNik you can also listen to music with it and then dress it up. As far as music that you can listen to the game can pull in the various music sources that you have on hand and also use sources like Spotify and Pandora.

Over the Thanksgiving holiday Eva discovered the game on my phone and she began playing with a monster and she had a great time playing. Take a look at the trailer below and the press release below that to learn more about this cute musical game.

END_OF_DOCUMENT_TOKEN_TO_BE_REPLACED

I’ve been playing this new Bubble Shooter game, Mars Pop from OUTFIT7. It is super addicting and so much fun. The coolest thing about this is being able to play in real-time with people all over the world. It doesn’t matter what platform you are on, iOS, Android and even Windows. I play against Allison when I’m on Android and she is on iOS. Gameplay is super fast and easy. It is a Bubble Shooter without a lot of extras, just straight shooting. You can also interact with your competitors using some predefined emojis and messages like, “One More”, “Really??” and many more messages. This makes it a game that kids can play as well because there is no exchange of personal information. Here is the gameplay video from the launch.

There are also tournaments that you can compete in and the more you win the higher you go and get a chance to win gems. You can buy gems so that you can play more and more. But, you don’t have to buy anything. You could buy some to remove the ads that come up randomly. They can be easily closed, though. You can also get more plays if you invite your friends on Facebook. Then you can play against them, too. END_OF_DOCUMENT_TOKEN_TO_BE_REPLACED