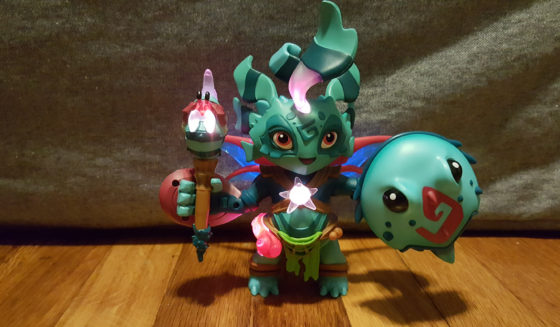 Less than a week ago I was posting about LightSeekers. I had received a couple of the new smart action figures; Boulder and Zyrus. Then I saw a sale on Amazon.com and there were some accessories and some trading card packs that I was interested in. So I picked up a few of them including the Stormshell shield for the Water characters. Any LightSeeker can use this shield but if it is aligned to the correct character and element then it works better.

I am intrigued by the LightSeeker Card game and have a number of the start packs. I have the water, tech. mountain and dread is coming. I would like to try and play the game with Eva sometime when we have time. I think she would like it and would be good at it. These card games are really helpful in learning how to make quick decisions based on math and also how to plan things out.

I also have a couple of packs of Magic the gathering cards that I got at HASCON that I’ve been meaning to crack open and play with the kids, too. Don’t even get me started about the Dungeons and Dragons Starter pack that I received and have yet to use. Where is the time for all these games?

Speaking of toys and games, we made our annual donation to Christmas is for kids on Monday night. One of the late additions to the donation was from MEGA CONSTRUX & MEGA BLOKS. They sent over some great sets for American Girl, Wellie Wishers and Barbie Dreamtopia. I thought that Eva would have wanted the American Girl sets but she decided that she’d rather they be donated so we did a video talking about each set and then added them to the donation. Here is that video.

END_OF_DOCUMENT_TOKEN_TO_BE_REPLACED 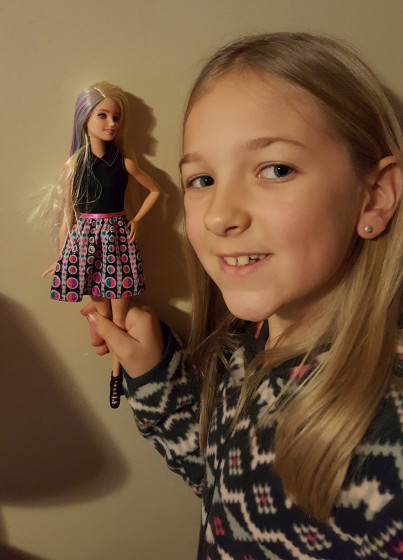 Some of Eva’s favorite toys from Christmas were some new Barbie dolls. She likes fashion and creating new looks for her dolls. The two new Barbies that she received were a hair color Barbie and a glitter hair Barbie. She actually received two glitter hair Barbies. We will be returning one and she’ll probably pick up another new Barbie once we have some time. Eva wanted to show off her new design for Barbie’s hair and she was very proud of what she made. She does use her imagination as often as possible with her dolls.

I’m looking forward to what Eva creates with her new fashion toys. She also received a big bag of scrap material from Auntie Tara. She’ll have plenty of material to make some new clothes for her dolls.