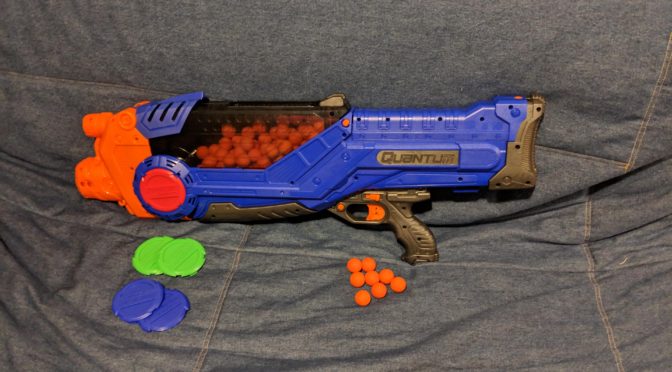 Dart Zone Blasters sent me one of their new Adventure Force Tactical Strike Motorized Ball Blaster called the Quantum for free to play with and review. Opinions are my own.

When I was at the HoliDAY of Play I got my hands on the Quantum Motorized Ball Blaster. It was insane! This thing fired little foam balls at a wicked rapid speed. The blaster is powered by 6 D batteries and it is a large size blaster. The hopper can hold 100 tactical strike rounds. You can empty that whole hopper in under 2 minutes, too. This is a fully automatic blaster built for team competition. It includes color discs for 3 different teams, red, blue or green. 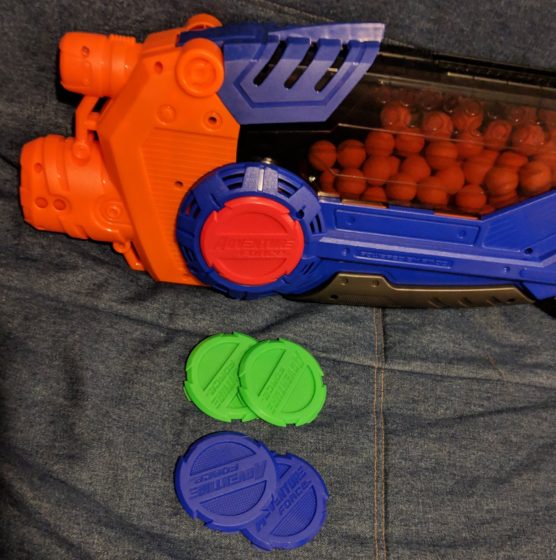 This blaster is priced to sell. At only $49.88 exclusively at Walmart you are not going to break the bank for a high performance blaster. With the motorized flywheel and huge hopper for tactical strike rounds you will blast the competition. You can also pick up additional Tactical Strike Rounds at Walmart in a set of 150 for $19.88. These rounds are compatible with all Adventure Force Tactical Strike Ball Blasters and most standard Nerf Rival Blasters. 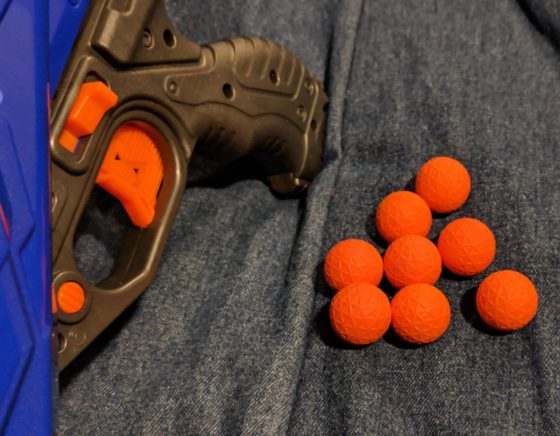 Another weekend day, another day to sleep. Eva’s not been feeling well. Andrew’s been real clingy to Allison and I haven’t been sleeping that well. We’ve got a vacation coming up and I’m not sure if it is nerves, the impending downtime after going full tilt for so long or what. Anyway, I’m starting to feel the effects of impending downtime and hope that we can just rest up, feel better and have a good vacation. END_OF_DOCUMENT_TOKEN_TO_BE_REPLACED