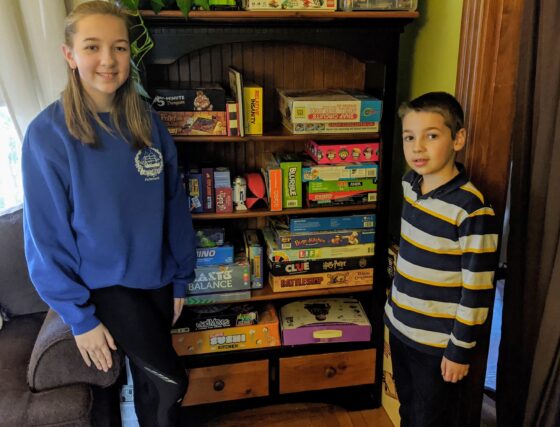 Before I went ot bed this morning I asked Allison if she and the kids could take a look through all of our board games and thin them out. Because I receive so many toys and games we have had an overflow of board games. The kids have outgrown quite a few of them and so it was time to go through them and determine which ones we really wanted to keep and which ones to give away. The image above is the result of their hard work. What is not pictured is a large box of board games that they either have outgrown or no longer play. 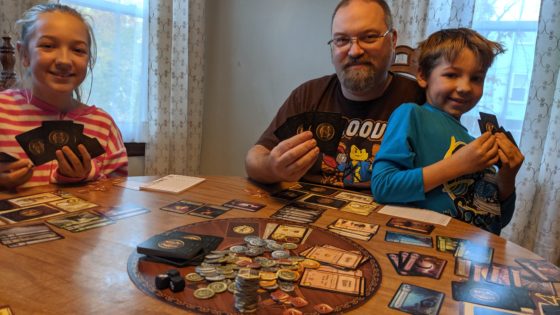 Amigo Games sent us two of their games for free to include in our Holiday Gift Guide. Opinions of the games are my own. The two games are Carnival of Monsters which was created by Richard Garfield, the creator of Magic the Gathering. This is a longer form game for ages 12+ that concentrates on card drafting and deck building. It takes skill and strategy to win the game. The other game, X-Code, is a more cooperative game where you play as a team, and you level up through 10 missions giving it a sort of video game-esque element.

A few weeks back we had a day off of school. We had nothing special going on so we went and decided to make it a game day. We played both X-Code and Carnival of Monsters. Both were fun. X-Code was fairly easy (We only did the first levels) and fairly quick (About 1/2 total). It was fast paced and fun to play. Everyone had to help everyone else out as we played and there was a lot of interaction. We enjoy games of that nature.

We played Carnival of Monsters for about three hours total and that included going through the rulebook. The rulebook was quite long and complex but we made our way through and played all four rounds of the game. By the second round we were all old pros at it, too. The game is for ages 12+ but both of the kids had no problem playing and they are 7 & 12. You can hear more about the game in the video below.

If you are interested in picking up either game for the holidays for your family then please consider using our Amazon.com affiliate link, it costs you nothing extra but helps out out big time.