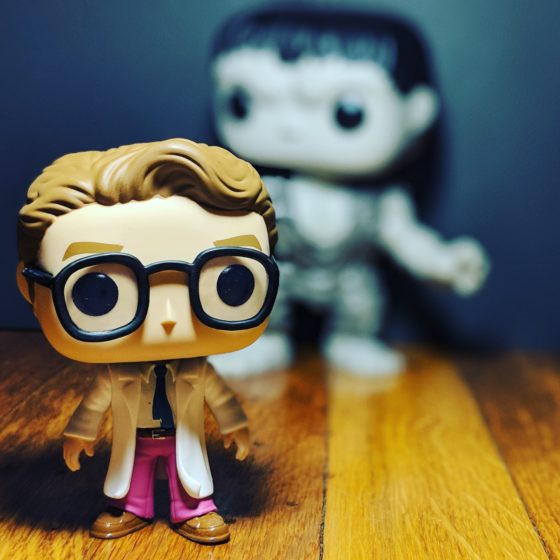 Yesterday was National Bobble Head Day. I missed it by one day. I’ve actually been really behind on making videos and doing unboxing videos for things. When I received the most recent Marvel Collector Corps box, The Hulk, I did not open it right away. When I finally did I did not make a video of it. I think I need to get back out there to make more video but might just take January off and resume video making in February.

We do have something special planned for this weekend and I will certainly be recording something then. I can’t way exactly what we are doing because Eva says that she reads the blog from time to time and it is a surprise.

As far as the Hulk box is concerned the major part of it was this two pack of Funko figures. Bruce Banner and and over-sized Incredible Hulk. It also came with a decent t-shirt, a mini keychain hulk and a hulk stress toy. They actually included a badge again but no pin. 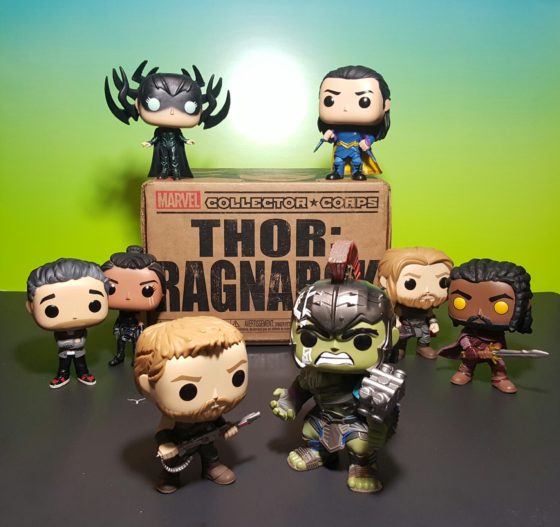 I had every intention of opening the Thor: Ragnarok Marvel Collector Corps box. I slept poorly and then woke up and couldn’t go back to sleep, then fell asleep, woke for my alarm and fell back asleep. I will end up doing an unboxing tomorrow to show you what is inside the box. I’ll do a livestream for it and it should be a lot of fun. I’m loving the new pops for Thor: Ragnarok. I was not going to start collecting them but then I went on the Thor: Ragnarok Red Carpet trip. There I received a couple of the figures, Loki and Hela. Before the trip I picked up two Thor figures and a Hulk figure. That started it all off. I have a few more of the exclusives to collect. I’ve been looking for a Surtur figure, a Hela figure with no helmet and a Hulk figure with no helmet.