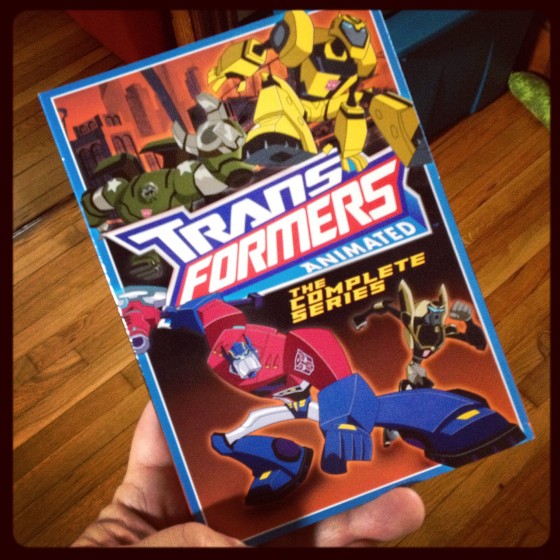 When Transformers Animated debuted I was immediately a fan. When it was cancelled I was none too happy. So, when I learned that the full series was coming to DVD including the never before released Season 3 I had to ask for a copy to watch and review. Opinions are as always 100% my own. I searched my past posts and even found a write up that I did about one of the episodes called Along Came a Spider. That episode and many more of them were why I loved Transformers Animated. So many calls back to the original Generation 1 cartoon and other series like Beast Wars where David Kaye voiced Megatron. David Kaye voices Optimus in this series. What? No Peter Cullen as Prime! Say it ain’t so. Actually it works really well with David Kaye as Prime.

Transformers Animated is about a group of Autobots who have the job of clearing debris from Space Bridges. The great war is over and the Autobots have won. The Decepticons have scattered to the winds, or so they thought. It looks like the Decepticons are still alive and kicking but have been watching and waiting for the reappearance of an artifact of great importance, the Allspark. When this team of Autobots inadvertently find the Allspark an new chapter in Transformers history begins.

I was excited to start watching this show again because I wanted to share it with my daughter. So far she is only a fan of Rescue Bots and some episodes of Transformers Prime. I figured that this series could bridge the gap between the two series and she could learn a few more bits of Transformers history. We are a few episodes into the series and she already loves it. she especially loves Sari. She gets a big kick out of it when I tell her that the actors and actresses from one show play other characters in other shows that she likes. For instance, Sari is voiced by Tara Strong who is the voice of Twilight sparkle in My Little Pony. Maybe when we finish the series I’ll actually open some of my Transformers Animated toys and let her play with them. Or maybe I’ll wait till my son is around 6 1/2 and he can play with them without breaking them. END_OF_DOCUMENT_TOKEN_TO_BE_REPLACED 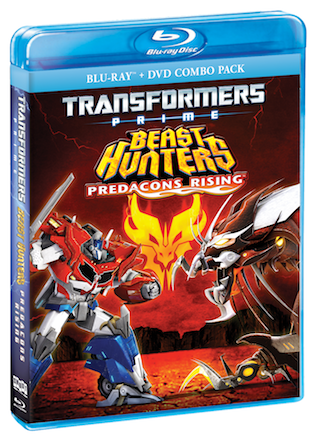 To tide me over until the release of the new Transformers cartoon on the HUB in 2015 I can re-watch Transformers Prime including the movie Predacons Rising. Predacons Rising looks like it will be the jumping off point for the new cartoon. Although I have the movie on Blu-ray it can be purchased digitally as well. Then I can watch it everywhere. END_OF_DOCUMENT_TOKEN_TO_BE_REPLACED