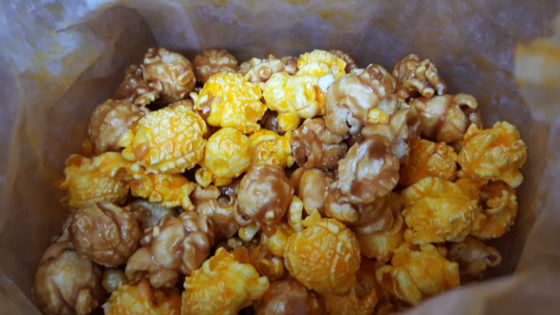 I came home from California today. A car was picking me up to bring me to the airport at 6am. I set two alarms on my phone. My phone died and I plugged it in to charge. I forgot to turn it back on so no alarms. I was woken up by the front desk calling me to let me know that the car was there at 6:12 am. I flew out of bed packed the last minute things and was down to the car in 4 minutes. The ride to the airport was super quick and the line for security was so short, too. My first flight was great, I had a seat with no one next to me and that worked out great. Then I got to Chicago.

In Chicago the planes were all a mess. We had delays and more. I think a bunch of the guys got stuck on their trips home. For me I ended up stuck in Chicago until around 5pm or so. I got back to Providence around 8:30pm. It was much later than I expected but that was okay.

While I was in Chicago I was able to stop at my favorite Popcorn place, Garrett Popcorn Shops. They make the Garrett Mix which is cheese popcorn with caramel popcorn. It sounds gross but tastes amazing. But you have to get their’s, they have the best! I think I even convinced a few of the guys to get some as well! We had a Facebook chat open for all the guys and shared our travel woes.

Once I got home I was hungry. The only real substantial thing that I ate was breakfast in California. I ended up at Taco Bell. Moment of weakness but it tasted so good.

Then it was time to get home and clean up after the cats, sort the mail and take all the boxes up to the office. I have a ton of unboxing videos to do soon. Let me finish typing this up and posting the video then it is time for bed. Enjoy today’s video. I hope you like the musical portions and the stories that they tell. 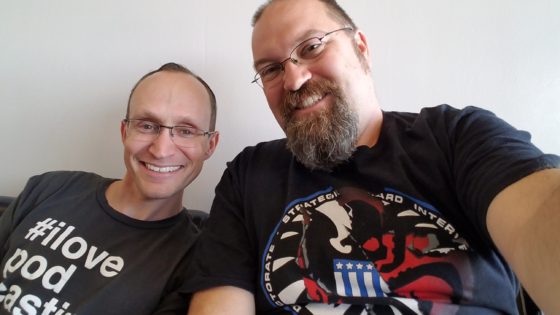 This morning I headed to California. I flew from Providence to Newark and then met up with my friend Chris from Dad of Divas. We were on the same plane for the second half of the trip. While we tried to sit next to each other or near each other it didn’t end up working out. It was a long flight but we each got some work done.

When we arrived we walked over the the Spectrum Irvine which was a big outdoor mall. We had a fun lunch over at Red Robin. I tried their burger in a lettuce wrap for the first time and it was very good.

Then we got back to the hotel to relax before having a great dinner with a bunch of the other #KBBDads. We went to Del Frisco’s Grille for dinner. It was a great night when we got to meet the Kelley Blue Book team and enjoy some delicious food.