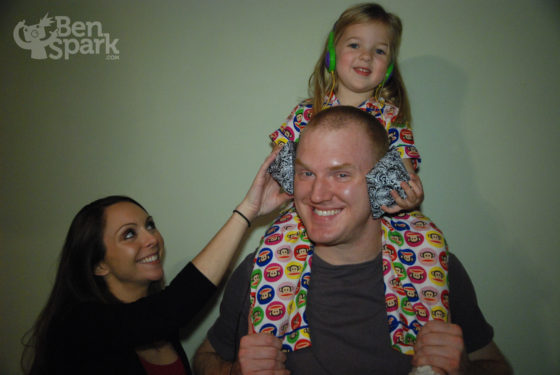 Tonight Allison made a great dinner for us and our guests Uncle Mike and Julie. Uncle Mike lives over the garage. He’s also very much a part of our family. He’s also in law enforcement. The other day in church Eva asked Allison. “If Uncle Mike goes to work and protects us, who protects Uncle Mike?” Allison told her that God protects him. she also texted him what Eva said. He responded that “her prayers do.”

END_OF_DOCUMENT_TOKEN_TO_BE_REPLACED Okay, compare these two photos. Do you know what the major difference between the two photos? Raw. My first shot ever with my Nikon D80 was in Raw and I switched to jpeg format. For some reason today I decided to have the camera shoot JPEG and RAW while I monkeyed around at the house.

I had never even done any post processing with Raw before and had no program set to open a RAW file. But I had the computer pic Adobe PhotoShop Elements 6.0 and it opened right up and there was this whole new set of options I could use to determine how my photo would look. Needless to say I was incredibly impressed. I think that I should be shooting Raw from now on. Why I didn’t before I have no clue.

Now that I am shooting raw I am going to have to get another External Drive. Luckily I know that Robert Scoble is giving away a free SeaGate FreeAgent|Theater HD device at CES tomorrow morning. Here is how you win.

Be one of the first 10 people to meet me at the Seagate meeting room on Thursday, January 8, 2009 at 1 p.m. PT. Bring a business card or contact info so we know where to ship your prize. You must be a member of Twitter or friendfeed.

And Here is How I win.

Be the one to tell the winner about the contest. â€œHuh?â€ Well, if you retweet my Twitter message and the person who shows up tomorrow says that they learned about the contest from you, you win the device too.

So if you are going to CES tomorrow tell Scoble you learned about the contest form me, send me a direct tweet and I’ll get you the vital info Scoble needs to send me my prize. And I am on Twitter and FriendFeed.

Another Contest that I know of that is quite cool is through JoeTech.com. Joe of JoeTech.com is a whiz at fixing Apple products. I had a broken Ipod Shuffle. I sent it to Joe and said that if he could fix it he could offer it up as a prize in a contest. He fixed it in nothing flat and the contest opened today. 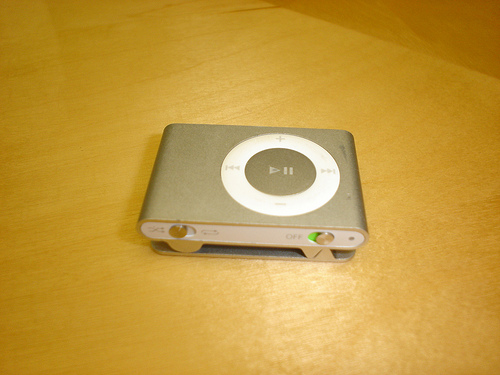 And one more thought on contests. I am so thrilled with your responses to the contest I started today with TenBills.com. Keep the entries coming there are many T-Shirts to give away!