Some of my friends got to see Lightning McQueen up close and personal at the Detroit Auto Show. They even got to learn more about the upcoming movie, Cars 3. I’m a bit jealous because I am really looking forward to this film. I loved the first Cars movie, was a bit turned off to the second one but think that there will be a return to greatness in the third installment. It already has captured my attention with that very first teaser video of McQueen’s horrible crash. What will happen after that? Maybe this extended look will answer some questions. 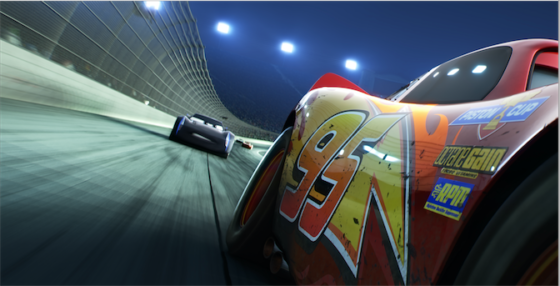 I got major goosebumps watching the teaser Trailer for Cars 3. It looks like the series is getting back to its roots and this time Lightening McQueen is going to face his toughest challenge ever. Everything Will Change.

My prediction for the movie is that after this accident McQueen will become a mentor to another racer. He’ll take on the role that Doc Hudson had in the first movie and at the same time will be fighting his own demons to recover.