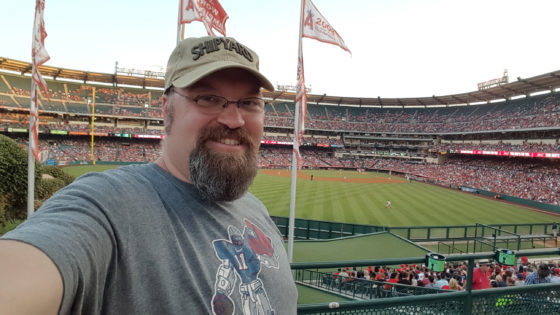 Today we got up and headed over to Kelley Blue Book so that we could test drive 5 of their top 16 cars for families. The five that we were driving were selected as the top five cars for dads and there was a diverse bunch of cars, almost as diverse as the #KBBDads were. We partnered up after breakfast and headed out on our routes. I was partnered up with Chris Lewis from Dad of Divas. He’s a great friend and a fun ride companion. We started in the Kia Optima. That is the car closest to what I am currently driving. I enjoyed driving that car very much. We drove from the Kelley Blue Book Offices over to Dana Point Harbor. We did some time along the PCH and ended ad a nice beach area.

After the first leg we switched up cars to the Honda Civic. I drove a Honda Civic for 13 years and it was nice to ride in an updated one. Lots over very nice features in it. We drove that to a Gelson’s parking lot where we took a biological break and then switched over to the Toyota Sienna Minivan. That was nice to drive. It really ran smoothly and I enjoyed the infotainment aspect of it. I paired my phone with the car’s bluetooth and played Chris some Rock Sugar.

This third leg ended at our lunch at Javier’s Cantina and Grille in the Irvine Spectrum. Very tasty Mexican food.

With some full bellies we took on an additional passenger, Mark with Cox Auto and he rode with us during the last two legs of the trip. For the fourth leg I really wanted to drive the Tahoe but we got the Subaru Outback instead. Not my favorite car of the bunch but I did get to drive through the canyon and that was cool. We stopped at a biker bar called Cook’s and waited for everyone else to arrive. Our last car, the Tahoe had actually sped past the stop point and we had to wait for them to come back. We ended up being the last car to make it to the end point.

After a super quick trip tot he hotel we were off to Angel Stadium to see the Los Angeles Angels play the Boston Red Sox. I was fairly excited for it because it is the hometown team. Unfortunately they lost, but touring the stadium was a lot of fun. Here is my vlog as a recap of the day. Let me know it you like this new format with music and quick clips of stills and videos together.

Ever since I went to Modern MEdia Man back a few years I’ve had this relationship with GM. The folks from Chevy sponsored the conference and I spent a lot of time test driving the different vehicles and making videos of my drives.

Then I got asked to go to the International Auto Show in Detroit. It was a great time and I was there as a blogger for Chevy. I test drove vehicles like the Tahoe, Camaro, GMC Sierra Denali and most recently a Cadillac XTS. So, when it came time for us to get a new car we went to a Chevy dealer to get that car. It didn’t hurt that I got an influencer discount, and it was during a Labor Day sale plus we had GM cash from my Dad to use. So were thinking of buying a used car but found that the deal would be better for us to lease a new car instead. So we entered a lease with a 2013 Equinox.