Tonight was the yearly Christmas Party for work. This year we went all out because the woman who coordinates the parties did such a phenomenal job. She decorated, set up games and an ugly sweater contest. We also had a Yankee Swap and more. I wore a mudflap sort of hat with reindeer antlers on it and a Transformers inspired “ugly Sweater” T-Shirt. I brought a cherry pie, cool whip, butter crunch ice cream and a pound cake to use to make parfaits. They were pretty tasty.

We had a lot of fun with the games. The biggest laugh was playing a game where we had to throw marshmallows through a wreath and into a trash can. Whoever got do the most in a minute won. I was doing pretty well with 24 until I got smoked by a guy who did 33. We even had Santa and people sat on his lap. It was a fun time for everyone. 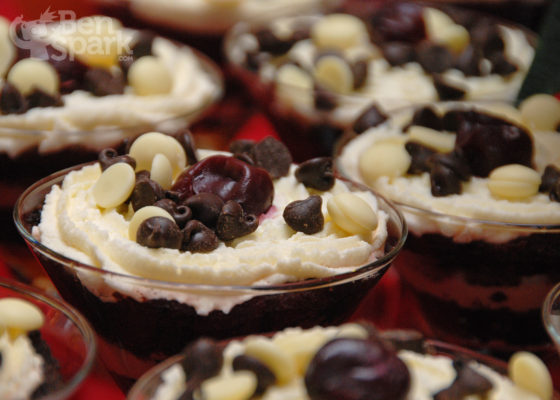 Today was the annual Company Christmas Party. I am very lucky to be working at a place where the company still does events like this. The party is so large that it ends up being split between two buildings. At each place there is a fantastic spread of food. Shrimp, Kobe sliders, a raw bar and so many fantastic desserts. END_OF_DOCUMENT_TOKEN_TO_BE_REPLACED