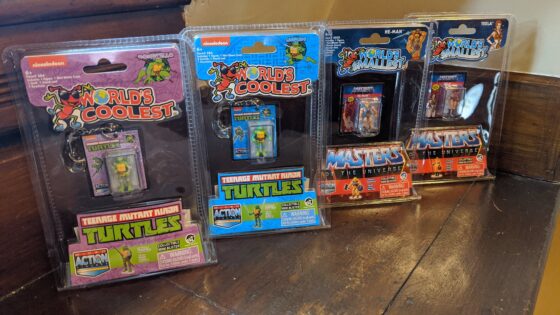 Super Impulse sent me some of the newest editions to their World’s Smallest line of micro action figures for free to play with and review. Opinions are my own.

Back at Toy Fair in February I toured the Super Impulse booth and got to see that their World’s Smallest Line was getting bigger with the addition of more micro action figures from the Masters of the Universe and Teenage Mutant Ninja Turtles. These new World’s Smallest and World’s Coolest toys join the ranks of micro action figures from Transformers,Power Rangers and G.I.Joe! They are the coolest little toys and I was excited to see which ones were sent to me.

In the Teenage Mutant Ninja Turtles line I received Leonardo and Donatello. 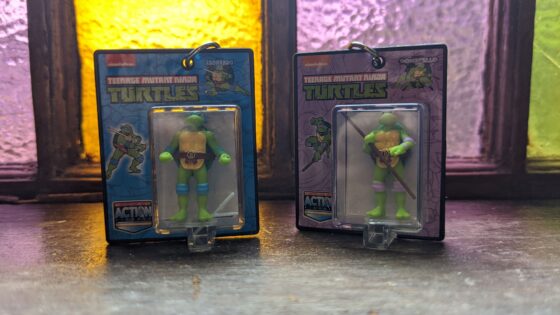 In the Masters of the Universe line I received He-Man and Teela. 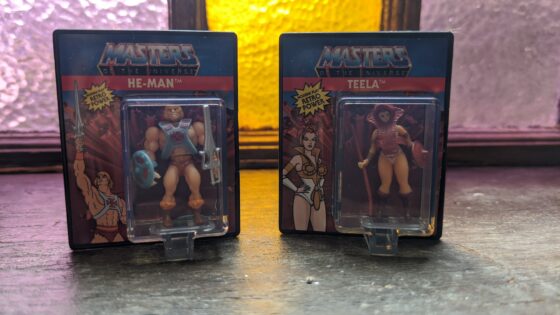 Let’s start with Masters of the Universe. This franchise is looking to explode in the near future with a couple of reboots coming to Netflix. There is still a large following of fans from way back when I was a kid and these new micro figures are a fun nostalgic toy that fans will enjoy. I definitely want to pick up Battle Cat because the He-Man figure can ride on Battle Cat. The He-Man figure himself comes with his signature sword, a shield, a battle ax and a knife. I don’t think I ever saw him use those last two weapons but his sword was about it. He does look like abarbarian and so should also have a shield but I’m not sure how much he used one. 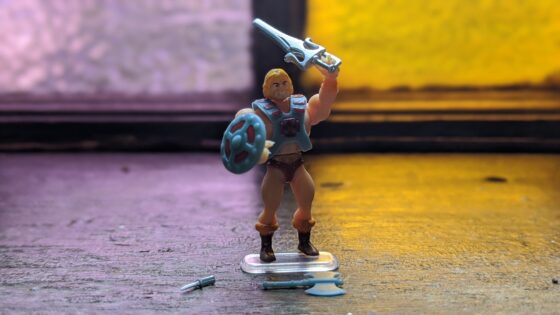 The World’s Smallest Teela figure has her in her bodysuit and snake armor/headdress. While she was not really wearing that in the show her original figure came wearing that armor. Teela also comes with a staff and a shield. 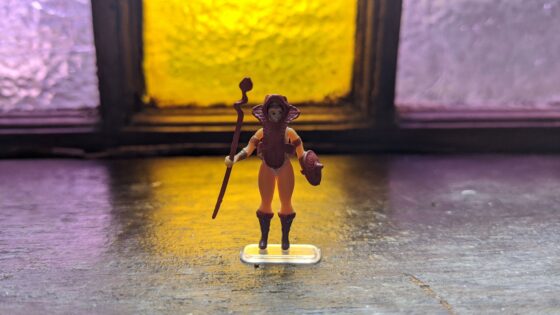 On the Teenage Mutant Ninja Turtles side all four of the turtles will be available and I’ll make sure to get them. The interesting thing about the TMNT figure cases is that they are key chains where the others in this series are not. I received two of the turtles: Donatello and Leonardo. 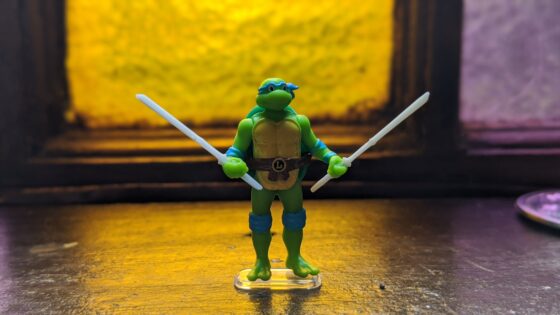 While Leonardo is one of my least favorite turtles he does come with cool katanas. 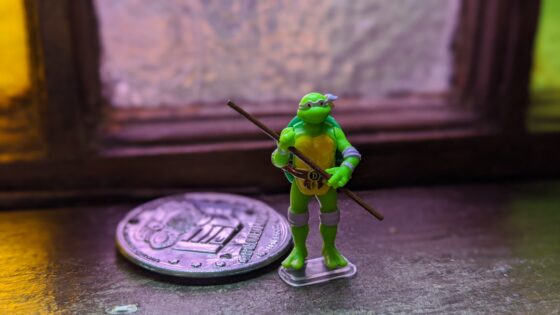 Donatello is my all time favorite turtle. He comes with his signature Bo staff and looks awesome. I love the tiny package that he comes in. The artwork on the packaging for all of the World’s Smallest line is fantastic. I’m going to ind the other two turtles and finish out my collection of these fun toys. 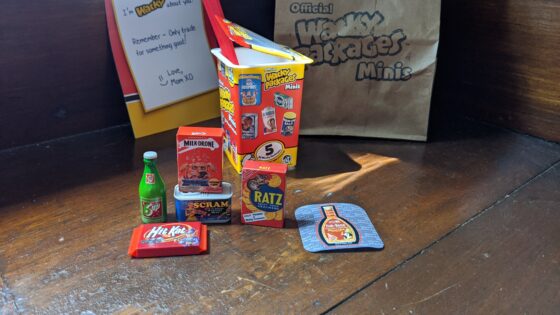 Super Impulse sent us a free sample of their new Wacky Packages. Opinions are our own.

Wacky Packages are back! what began as stickers from Topps are now 3D miniature products based on those iconic stickers. Super Impulse has taken their World’s Smallest line and worked with Topps to turn those Wacky Packages stickers into tiny toys that are fun to display. They come in a little cup-like container with 5 mini products and 1 mini Original Wacky Packages sticker. I showed these to Andy when they arrived and he got a huge kick out of them. They are super silly. The whole Wacky Packages series has been around since the 1960s. This series will have 66 different mini products to collect including 6 ultra-rare styles in pearlescent white. You can pick them up at Target and Walmart.