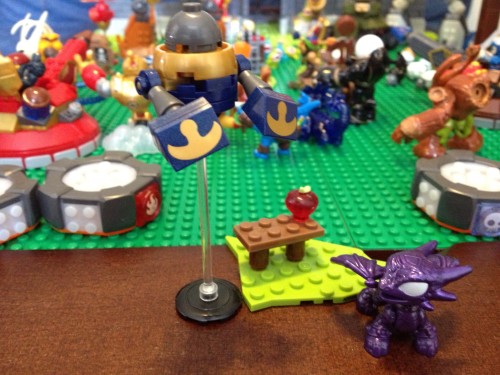 I received a whole new crop of MEGA Bloks Skylanders Giants toys to try out and review. as always, opinions are 100% my own.

Back in 2012 I wasn’t able to attend Toy Fair but a friend did and she picked me up a Metallic Purple Cynder Skylanders toy. This was a repaint of the existing Cynder figure and it was so very cool looking.

When I was at Toy Fair 2013 I was touring the MEGA Bloks booth and saw that their Skylanders giants display had this Metallic Purple Cynder Hero Pack. I got so excited and told my contact there who was giving me a tour that this was the Toy Fair Exclusive from last year. I love that MEGA Bloks has done a couple of these type of figures. in their hero packs. So far there has been the Metallic Silver Spyro from E3 2012 and this Cynder figure.

END_OF_DOCUMENT_TOKEN_TO_BE_REPLACED 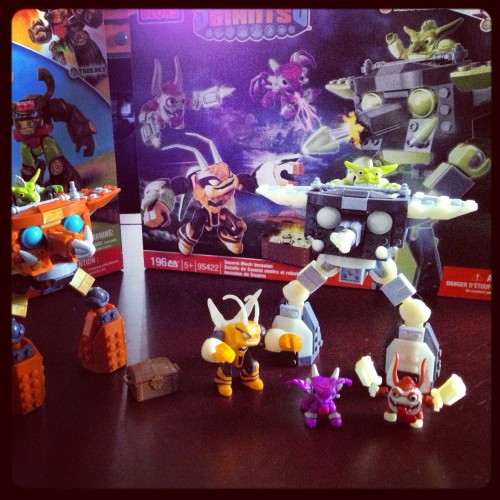 I’ve been reviewing a bunch of MEGA Bloks Skylanders Giants sets and many of them were sent to me for review. This set however, was one that I bought myself and the other one was one that my daughter bought herself. The giveaway set, though, was provided by MEGA bloks. Opinions about all the sets are 100% our own.

One of the cooler villains in the Skylanders series are the Troll Mechs. They are big and bad ass. They fire a ton of missiles at the Skylanders and are hard to destroy. Then, when you do destroy the Mech itself a troll jumps out and continues to attack the player. I think that MEGA Bloks has done some incredible work on this particular set because the Mech looks so perfect.