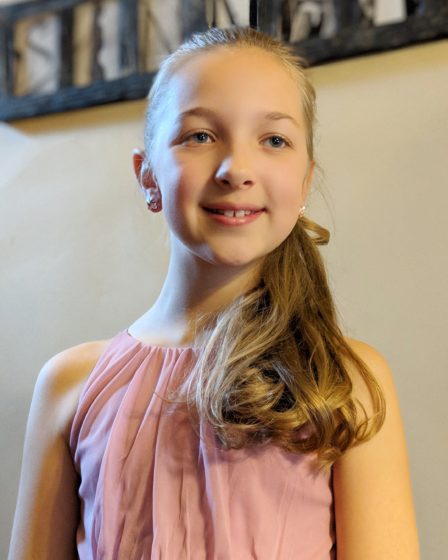 Tonight Eva and I went to our fifth Father/Daughter Dance. It is an event that the two of us look forward to every year. I honestly have a lot of fun watching Eva having fun with her friends. I also like dancing with her to the slow songs and I even bust out some moves for certain fast songs. The thing that I have the most trouble with is talking with the other dads. I never feel comfortable and I am terrible at small talk. It has gotten better over the years in that I have a few guys that I see and chat with. I’m lucky that Eva’s good friend’s dad is fun to talk with. 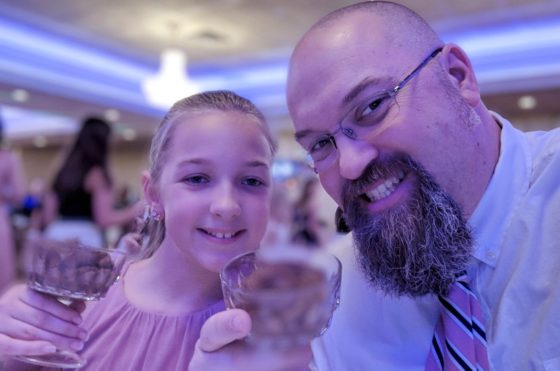 Each year Eva hides her dress from me. She wants everything to be a big surprise for me. Of course I then need to match her dress color with my tie and with her wristlet. But, somehow I am able to at least get the color. This year we even remembered to bring the wristlet with us. I was so focused on remembering the wristlet that I forgot our photo paperwork and check. So glad I remembered some cash. Maybe by her 8th grade Father Daughter Dance I’ll remember everything. What I did not forget was to take the double dessert selfie! Something we always try and do each dance. 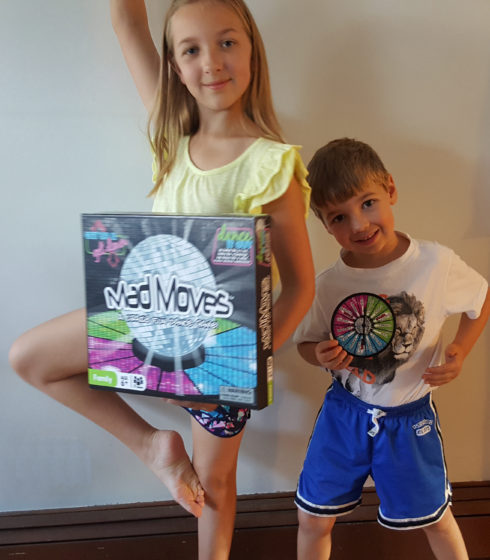 In a week from now we’ll be hosting some kids for Eva’s birthday party. 10 ten year old, or close to that, girls. while the party is themed around Harry Potter I think that we can spend a little time getting the kids moving and grooving with a new game called Mad Moves. It is an utterly simple game that will challenge your kids and their friends to think outside the box and dance their hearts out. Think of it as a cross between mad libs, dancing with the stars and charades. We were sent a copy of this game to check out and promote the Mad Moves Kickstarter campaign. Opinions expressed are our own.

Mad moves is simple. Each person spins the wheel of dance styles. The wheel will land on a color for a category of person, action or animal. From there the player will act out their dance move and the people playing have to guess what is on the card. the first person to guess wins the card. There are even more cards like tomato cards, which you do not want. There are dance battles where you have to go move for move with another player and there is also a Freeze Dance where you strike a pose and everyone has to mimic you and the last person to do so gets a tomato card. Here is a quick breakdown of how this game works.

We played this as a family and the results were hilarious. Here is some of that introduction to the game for everyone.

This Sunday on episode two of Season Two of ABC’s The Toy Box MAD MOVES will be featured. So tune in to see how it does. In the meantime you can secure your own copy of the game by backing their Kickstarter campaign and seeing that this game gets made. More information about Mad Moves can be found below.