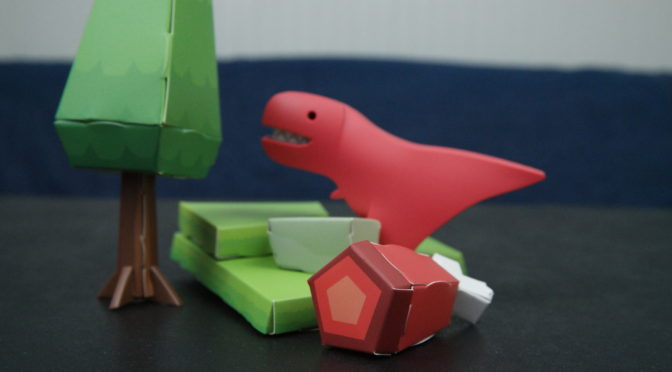 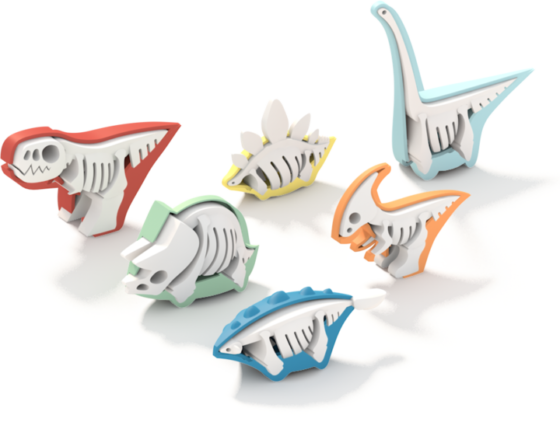 We received a cute little toy from Learnplay Inc. They are called Halftoys and we received the T-Rex from the Dinosaur series. Opinions are our own.

When I was approached about this review I was excited because the concept was so cool. A little plastic dinosaur that you could pull apart and see all the bones. then you could take those bones apart and reassemble them like a puzzle. The toy also includes a papercraft diorama that you assemble in order to use as a display or a play area for your dino. The two halves of the dino’s outer shell are magnetic and you can take the skeleton out of the toy and reassemble the two empty halves. I made a video all about the assembly and more about what I thought of these fun toys. Take a look below. We received a couple of the new Half-Shell Heroes and Dinosaur 2-Packs to play with and review. I liked them so much I picked up two additional two-packs. Opinions are 100% our own.

Ever since the introduction of the Teenage Mutant Ninja Turtles Half-Shell Heroes line of toys I have been hoping for a show to go with them. Well, there isn’t a show but there was a special that had the Half-Shell Heroes travel back in time to the time of dinosaurs. It was a cute show, Andrew and I loved it. So I was excited when we were able to review some of the new Half-Shell Heroes and Dinosaur 2-Packs. We received the Leo and Triceratops and the Donnie and T-Rex packs. END_OF_DOCUMENT_TOKEN_TO_BE_REPLACED