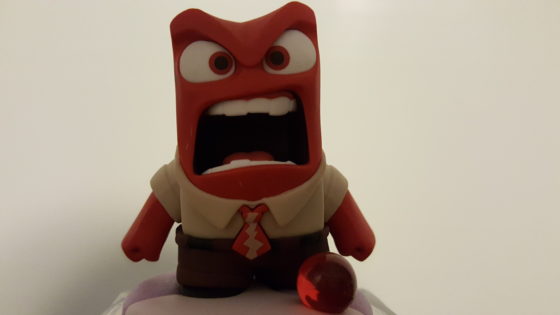 I learned today that Disney Infinity 3.0 has been cancelled. No more Marvel characters, no more Star Wars characters and nothing else. That is, except for Alice in Wonderland figures and also a Finding Nemo/Dory Play Set. Neither of which are very thrilling to me. I really wanted to see a Doctor Strange Play Set and more Marvel figures. In the last Disney (and only) Disney Infinty Next video program it was teased that there would be a Marvel, Star Wars, Pixar and Disney Play Set coming. I guess we get the Pixar one but out of them all I wanted more Marvel and Star Wars. I’m annoyed that this is happening but then again I’m only invested as a gamer. I wasn’t one of the 300 people who worked at Avalanche who lost their jobs. I feel bad for them. They made an excellent game with Disney Infinity 3.0. I made a little reaction video. 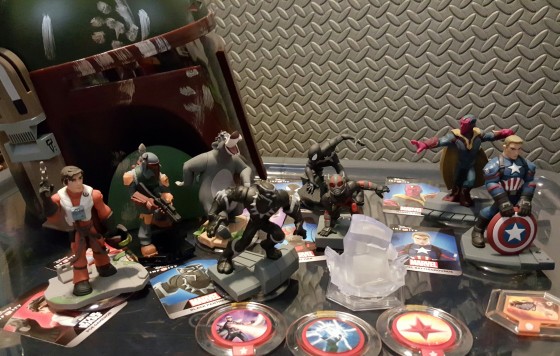 Since the very first announcement of the Marvel Battlegrounds Play Set for Disney Infinity 3.0 I have been excited to pick it up and play it. We were lucky to receive this Play Set and a whole mess of Disney Infinity 3.0 figures to go along with the new Play Set. Opinions of the game and figures are our own. Eva helped me out with today’s unboxing. She was nutty and I was exhausted. So there may have been a couple of moments where that frustration shone through. She really is a little silly one but she loves doing unboxings with me. I’m really looking forward to finally getting to play this game tomorrow with the whole family. You can see the whole unboxing below. It is a longer one.