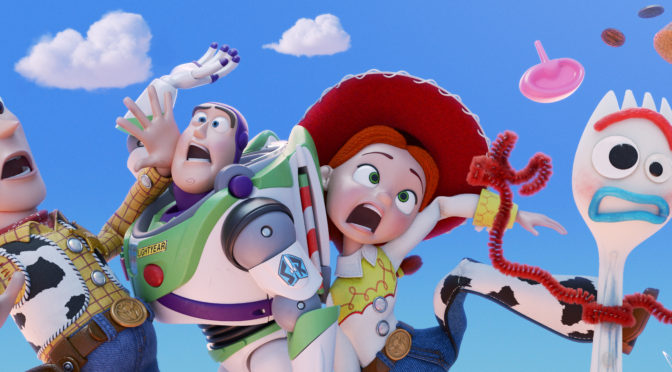 What an exciting year we have ahead with Walt Disney Studios. The slate of movies for 2019 looks incredible and I cannot wait to see most of them. I’m always up for a good Marvel flick and this year we have the introduction of Captain Marvel. She’s arriving just in time to help out the surviving Avengers in Avengers: Endgame. I cannot wait to see what happens in that movie. That is the one movie I am looking most forward to this coming year. You can check out the trailer below. It is awesome!

This year we are also getting the ninth Star Wars movie in the trilogy of trilogies. No big information out for that right now, not even photos, just a placeholder image and a release date of December 20th, just in time for Christmas. Speaking of holiday’s It looks like Frozen 2 will be coming out near Thanksgiving and directly on Andrew’s 8th birthday. We’ve started going to the Falmouth Cinema pub on Andrew’s birthday to see the latest Disney movie. This past year we saw Ralph Breaks the Internet.

Other films that are coming include not one, not two but three live-action movies based on Disney animated films. We have Dumbo, Aladdin and The Lion King. The Avengers aren’t the only ones with a fourth movie hitting the theaters because the toys are back in town with Toy Story 4. You thought that everything was wrapped up in Toy story 3 but no, there are more (toy) stories to tell. And rounding out the films are Artemis Fowl and Disney Nature’s Penguins. You can see more about each movie below including posters and trailers. END_OF_DOCUMENT_TOKEN_TO_BE_REPLACED

So, the family went and saw BEAUTY AND THE BEAST without me last weekend. I was planning to take everyone during our April vacation. However, they really liked it so they may want to see it again. To switch things up a bit we may even try to catch the Sing-Along version that is hitting theaters. Disney has been doing this with their popular movies, releasing Sing-Along versions. It might be fun. Everyone knows the songs from the animated movie so why not.

I am so excited to share with you that starting this Friday, April 7th, fans of the worldwide box office smash BEAUTY AND THE BEAST will be able to sing along with their favorite characters when the “Beauty and the Beast Sing-Along” hits approximately 1,200 theaters nationwide!