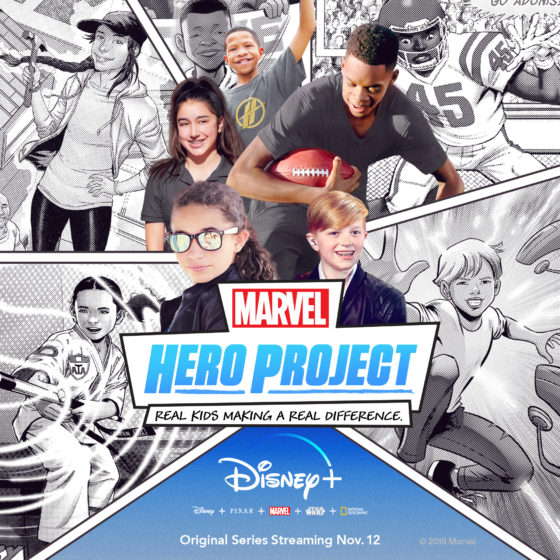 Prior to the launch of Disney + later this month we were provided early screener access to a number of shows. There was only one that I knew I had to start watching with the family and that was Marvel’s Hero Project. This 1/2 hour show will leave you inspired and should strike so many of the chords of “the feels”. The show spotlights a different kid each week who has been chosen as a hero because of something that they have done to inspire and help others. These are some incredible kids. So far we’ve watched the first two episodes and we are hooked. We’re going to have to buy more tissues for the rest of them because I do not think I’ll be able to make it through a single episode without crying. 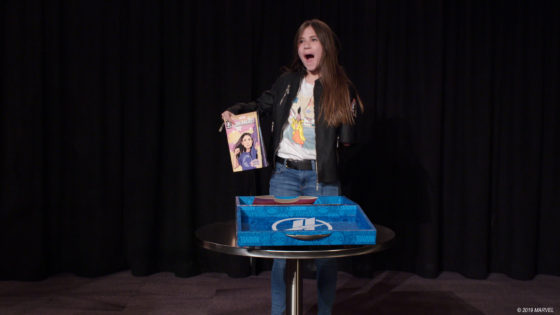 The first episode spotlights Jordan, a 12 year-old girl with limb differences. She was inspired to help others learn to design after having a positive experience learning 3D design. This young woman is an innovator and an advocate for other young children with limb differences. My kids were so impressed with what she designed as well. 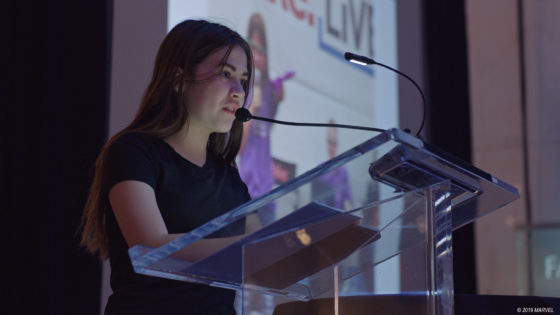 Through the course of the episode we learn more about Jordan and her life growing up. While we learn about her we also see the Marvel team learning about her and coming up with ideas for a comic book based on her. The team talks about all that she has done for herself and others while comparing her to different Marvel superheroes. I loved this episode. 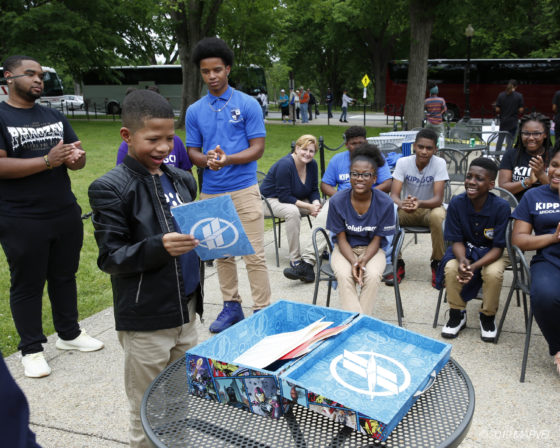 The second episode is about Elijah, a 10 year-old boy who is on a crusade to help children stay protected from child abuse. His strong, passionate words motivate people to work with him and make adults take notice of his cause. Elijah is an ordained minister, pen pals with his senators, and an advocate for preventing child abuse. His episode was also an inspiration. 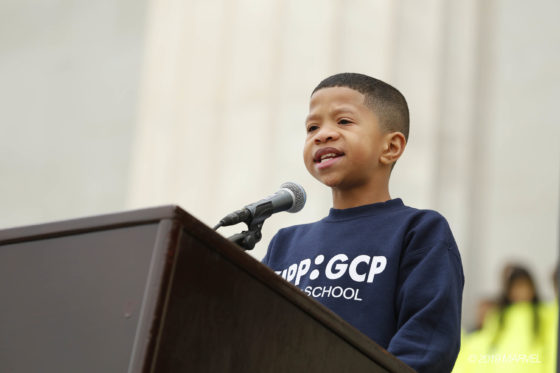 I loved how the Marvel team talked about who Elijah is and how they would represent him in the comic book. Their ability to take ordinary kids who are living extra ordinary lives and making them into comic book heroes is incredible. They really capture the essence of what makes each child stand out.

Here is the official description of the show and also a show trailer. You must not miss this when Disney + starts streaming later this month.

In life, it doesn’t take wearing a suit of iron, carrying a mythical hammer or swinging from spider webs to be a real hero.

Sometimes the person who can make a positive difference in the world is the person who simply sees a problem and has the passion to find a creative solution. And in Marvel’s Hero Project, the new Disney+ series, those people are kids. Like the girl who helps loved ones with Alzheimer’s make connections through puzzles or a boy who grows an urban garden to feed the hungry, despite his own family’s financial hardships. The first non-scripted reality series from Marvel Entertainment takes an up close and personal look at the lives of twenty amazing kids from across the country, each of whom is doing remarkable things to help his or her community. Each week, Marvel surprises these young heroes, who have dedicated themselves to performing selfless acts of bravery, kindness and betterment, by welcoming them into Marvel’s Hero Project, inspiring viewers of all ages. 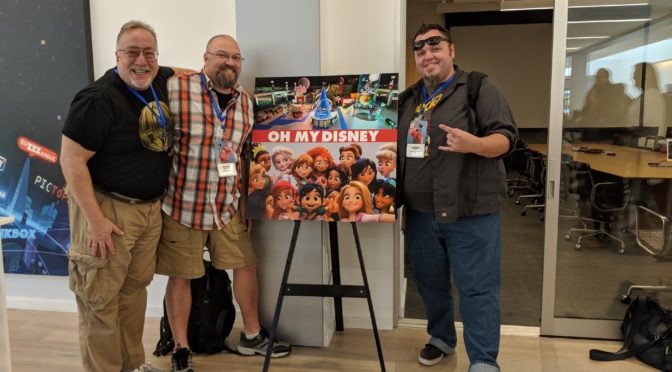 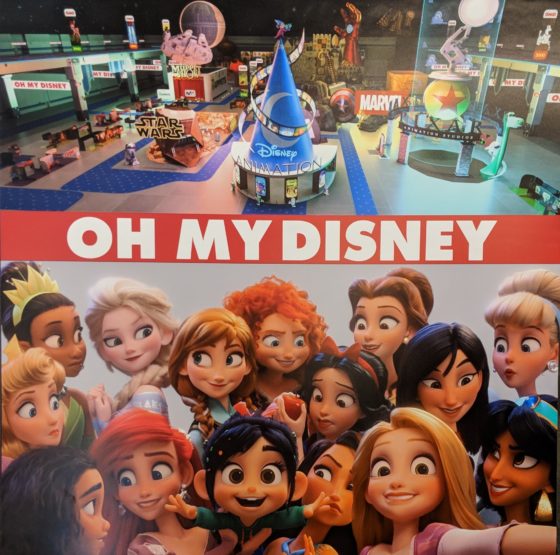 Going way, way back to July of this year I was so lucky to attend and all expense paid trip to LA for a Disney Press Trip. While I was there I did a number of things and one of those was to attend an Early Press Day for Ralph Breaks The Internet. I’ve posted about some of that experience already including interviewing the directors and talking about the creation of the overall story, locations and more! One of the last things that we did was learn about a particular scene that I am sure everyone is aware of, the princess scene or the Oh My Disney scene. In Ralph Breaks the Internet Disney pokes some fun at itself within the safe space of Oh My Disney, Disney’s home on The Internet. It is here that Vanellope meets all of the Disney Princesses. END_OF_DOCUMENT_TOKEN_TO_BE_REPLACED