Allison and the kids went with her mom and mom’s friend to the zoo. They also had her mom’s friend’s daughter-in-law and kids with them. After we all had lunch at the house they went off to the zoo while I hung around the house making some videos. My father-in-law worked on his computer out on the back yard because that was the nicest and coolest place. I thought that the basement would be cool for me to make my videos but it was just extra hot. So I made two videos and got upstairs. When I went to throw something in the trash barrel I saw this dragonfly. I had to get back downstairs quick to get my camera. I love shooting dragonflies.

The dragonfly stayed in the same place for a very long time. It was there even after everyone had gotten home hours later. But it stuck around for me to take the photos using the new 50-150 S lens that I have on my Samsung NX1. The NX1 is a beefier camera than the NX500 and even on that camera the lens looks incredibly huge. I steadied myself on the recycling container and fired off a couple using the manual focus. I love using the focus peaking feature because the camera lit up the wings like a wireframe and that looked very cool. 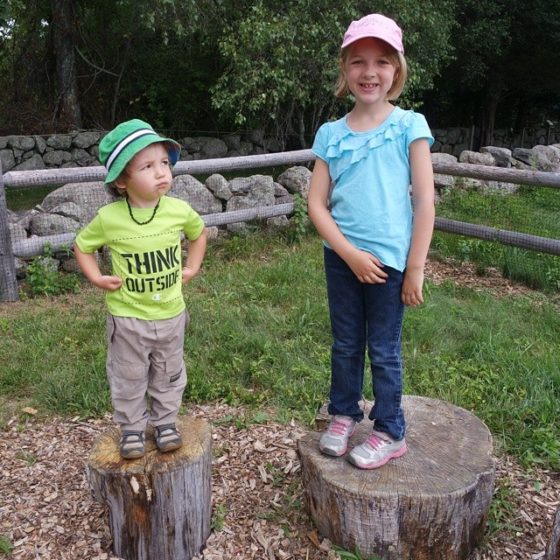 Today we took the kids to Stony Brook Audubon Sanctuary. We’ve been giving our membership a workout this Summer. This sanctuary I small but full of great views, many creatures and even a waterfall. We walked the couple mile loop and took a bunch of photos. Most of the photos I took were of the dragonflies I could find. We saw a couple of frogs, tons of chipmunks and a gaggle of geese. END_OF_DOCUMENT_TOKEN_TO_BE_REPLACED