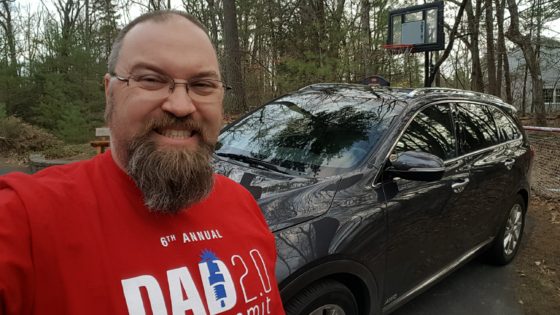 During April Vacation we had the distinct pleasure of testing out a Kia Sorento SXL AWD from Kia and DriveShop. This is what we thought of that ride.

Part of the April vacation was a family road trip up to the White Mountains of New Hampshire to chill out at the Pollard Brook Resort. Our ride up was a nice one. Everyone was comfortable riding in the car. It had some excellent features like Leather interior which I never truly appreciate until I have to go back to my cloth interior vehicle. There was also the UVO in dash infotainment unit which connects to both Android Auto and Apple CarPlay. We did not make use of those particular features on our drive to New Hampshire but later in the week I did get to see Android Auto in action. 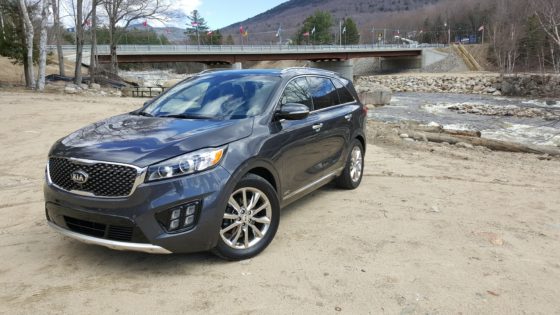 The Kia Sorento is a good looking vehicle and was the perfect size for our family of four. There was plenty of room between the kids so that they were not bumping into each other the whole ride. I had ample elbow room and the power adjust front seats allowed both Allison and I to get real comfortable as we rode along. END_OF_DOCUMENT_TOKEN_TO_BE_REPLACED 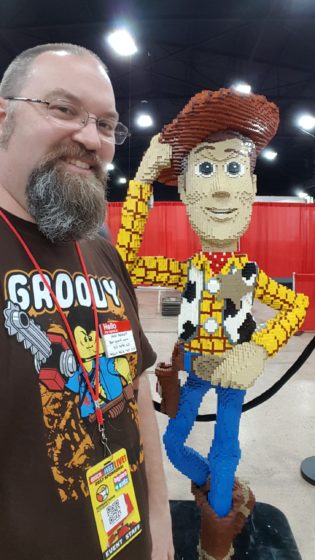 Brian (From Built From Bricks) and I drove down to Oaks, PA for Philly BrickFest LIVE. We took the Kia Sorento down for the trip. DriveShop and Kia provided us with the car for a week. It was a great ride down. so nice to be talking with Brian all through the ride. It made the trip go by so quickly.

When we arrived we went right to the Oaks EXPO Center. We unloaded Brian’s MOCs and claimed our space. then we walked around and met a bunch of people. I went to a special class for animating LEGO bricks. I learned some fun stuff from David from Brick 101. I made a great Stop Motion video using Stop Motion Studio. It was so much fun and I learned some great techniques. Then I made this movie called Dagnabit!

We hopped out and got some Chinese food which we brought back to eat while participating in the charity auction.

We attended an auction and I bid on some Avengers sets and got them for $25, which was a good deal. I donated a LEGO Dinosaur set that went for $81! I can’t believe how much that set went for, I only got it for free because of a mistake and tried to send it back. I had it for over 2 years now. Glad I could help raise some money for the Charity auction.

Later that night we went to a bowling activity and it was so much fun. We bowled with teams of 5 and as each person bowled their frame they had to go back to a table and build part of a LEGO set as a race. My team did not win but I did win the set in a raffle. Brian did, too!