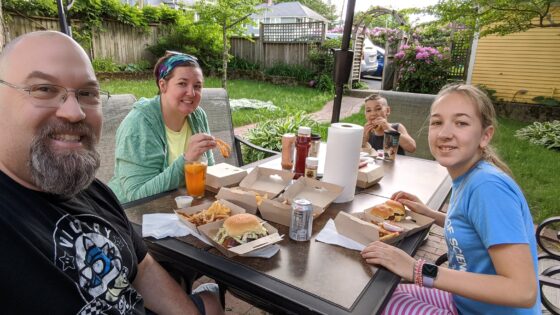 We cannot pick up our weekly grocery order until tomorrow so instead we decided to try curbside pick up at Mac and Walt’s. We love their burgers and were interested to see their curbside setup.

Mac and Walt’s knows how to do curbside really well. They have all of their parking spots numbered and at each spot there is a sign that tells you the number to call upon arrival. I called, let them know that I would pop the trunk and the food was out and ready within two minutes. I was off and back home in less than 10 minutes, that means hot fries. I got the bacon cheeseburger and Allison the Walt burger. The kids got sliders and we split some fries and onion rings. We also split some of the desserts. 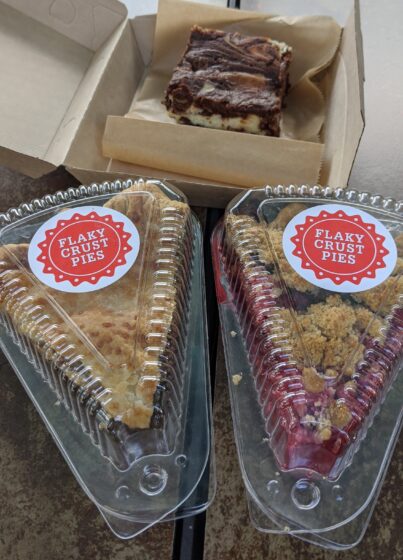 Mac and Walt’s partners with a local bakery called Flaky Crust Pies and they put up on Instagram that tonight they were carrying a mixed berry crumble. We got that and an apple pie slice and a cream cheese brownie. It was all delicious. It was also nice to eat in the back yard and enjoy being out there. We can do that now because our terrible neighbors are gone and are not coming back! I am so happy about that. We’ll be doing much more time outside this Summer and Fall.