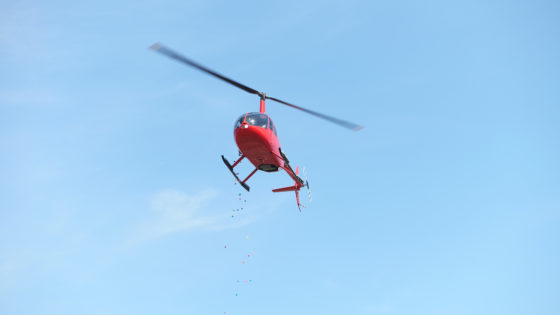 We went to a very special Egg Drop/Egg Hunt today! The eggs were dropped from a helicopter. Apparently there were 14,000 eggs and that was way too many for the helicopter alone so the field was strewn with eggs and then the copter came in and dropped a bunch more eggs. There were 1200 people registered to attend and it was really busy. But, overall it was fun, well organized and people were pretty respectful. There are always a few who don’t follow the rules or the rules don’t apply to them. Everyone was asked to only collect 12 eggs. We told Eva and Andrew simply, to be kind.

I stood and watched Andrew. He was right on the tape ready to roll. We were really early so we stood for a long time. Close to the start a couple other boys came up and got in Andrew’s space. One pushed him and he told them that he was standing there. He pushed the boy back. Then he came to me. I told him that we don’t put hands on other people but I was proud that he had stood his ground. In his karate class he learns the motto, “common sense before self defense”. I’m not sure if he quite realizes that there should be a longer pause between the two, but he’s learning.

After the egg drop we went for lunch at KC’s Burger Bar and it was a fantastic. Then off to Stop & Shop and Target before stopping over to Eva’s friend Olivia’s house to attend her Bake Sale. She is raising money for Pediatric Cancer Research and also for her own trip for Florida. Half to one and half to the other. The kids had a great time “helping” and we had a nice time talking with Olivia’s parents. Olivia made some amazing cakes and cupcakes in the theme of Trolls. Eva bought one of the Trolls cakes which had little fondant characters on top. Andrew bought a S’mores Cupcake because he stuck his finger in the marshmallow. 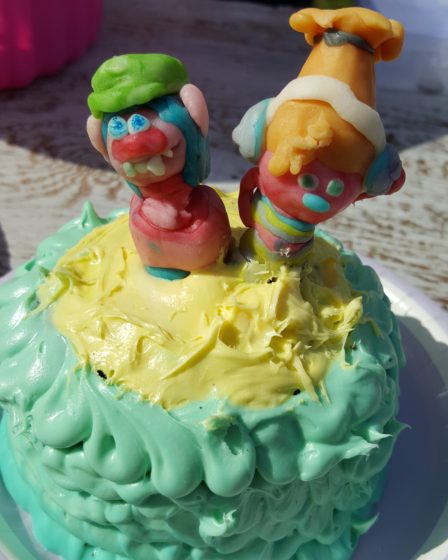 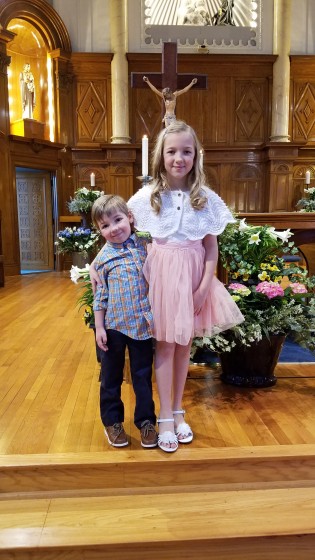 We had a very nice Easter today. I took last night off so that I could be awake for Mass instead of being comatose like I usually am on Sundays. I still managed to fall asleep a little and Andrew flat out napped. He got us up early asking to go downstairs. When we did get downstairs the kids opened their Easter baskets. I went a little overboard on them with things that I picked up over the past few weeks. That and things that were sent to me to review and more. So, even before Church they made out really well. Coloring books and sidewalk chalk some candy and more.

After Church we went over to my parent’s house where we had the Easter Egg Hunt. We did it inside this year. Four kids searching the living room and dining room for a whole mess of eggs. There were also 8 special eggs that were larger and shiny. They contained some candy and a Hot Wheels car. I picked up two for each of the kids. They all seemed to like getting those. END_OF_DOCUMENT_TOKEN_TO_BE_REPLACED