Not only did I just learn that the latest My Little Pony: Equestria Girls movie is coming out next month, but I learned that there is a soundtrack for it that is out on iTunes for $5.99. The new movie is being released on Netflix on October 1 and it is called The Legend of Everfree. This is the fourth movie in the Equestria Girls series. At this point the Canterlot High girls now have a new friend in that universe’s Twilight Sparkle.

I’ll have to pick up the soundtrack for Eva and I hope that she still enjoys My Little Pony Equestria Girls enough to watch it with me. 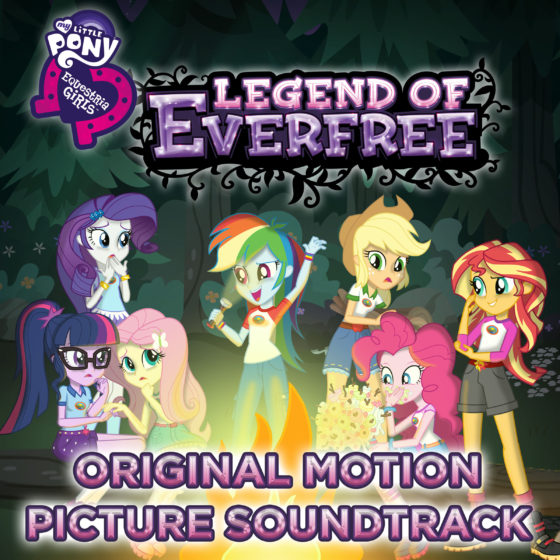 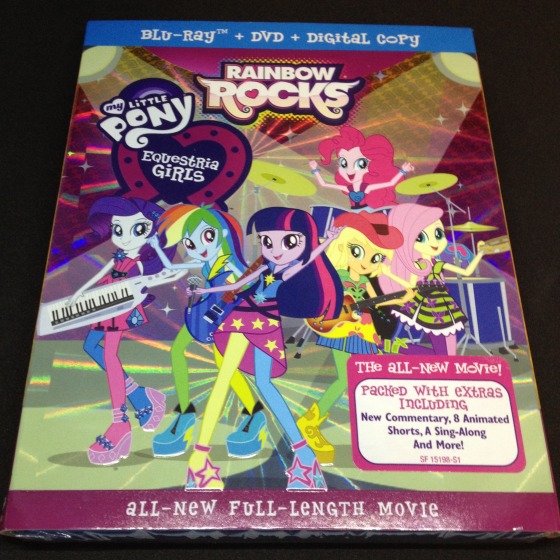 The whole family went to see My Little Pony Equestria Girls: Rainbow Rocks a few months ago and we loved it. The kids loved the songs. Allison and I enjoyed the jokes. When the movie was over Eva asked immediately if we would get a copy of the movie to review. Well, we received our copy the other day and got to watch it again along with commentary, 8 animated shorts as well as a sing along and even more. The movie was so much fun and even more fun seeing it a second time.

In Rainbow Rocks there are three other banished beings (not necessarily ponies) who are trying to gain Equestria Magic to get back into power. They feed on negative energy and target Canterlot High to get that negative energy. The only people who are immune to their “siren song” are the five new friends and a now reformed Sunset Shimmer. Sunset Shimmer is truly trying to be a good person and she’s become friends the five girls who have formed a band called the Rain Booms. Rainbow Dash started the band so she named it the Rain Booms.

Here are some additional clips. END_OF_DOCUMENT_TOKEN_TO_BE_REPLACED