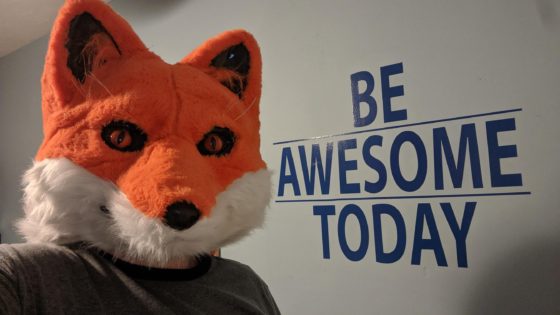 It started doing more of something new today. I started recording myself playing video games and will be making some tips and tricks segments for different games that I can share with people on the YouTube Channel. Right now I am playing a lot of Fortnite but am also playing a game called Dauntless where you collaborate with other players to take down giant monsters. It is a rather fun game.

I’ve got to figure out the best place to put that camera, though. 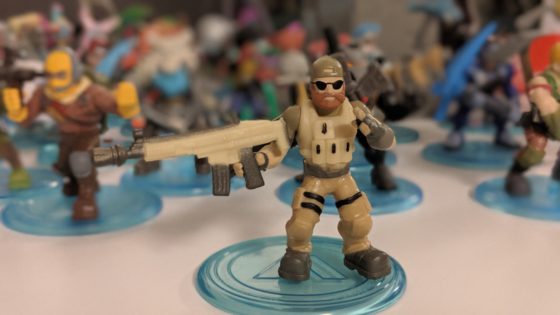 In the midst of being overwhelmed by the things I collect I found this guy at Walmart the other day to add to my Fortnite Mini Action figure collection from Moose Toys. I’ve been getting Loot Box drops from them the past couple of month with a sampling of the characters that are dropping through the year. They send me a bunch but not every one from the wave release so I, being the collector and completist that I am, go looking for the rest of them.

I have them displayed at work so they aren’t taking up room at home. I brought in the actual cardboard boxes that they sent me to give to a friend for his kids. I had two boxes and while I was walking in I ran into one of my other co-workers and they son. He saw them and his eyes lit up! “Fortnite!” he said. So, I gave him one of the boxes. My review is actually doing pretty well this round. I am looking forward to the next one I have an idea on how to better display them in the video.

I gave the other box to my friend along with the Battle Royal book for his kids to read. I reviewed that book in this video.

I’m thinking of starting a sort of video series that is a resource for parents on how to help their kids with some of the challenges that Fortnite sets up each week. And also finding certain items within the world, too. We’ll see how that video series goes next week.