Coco is in theaters now. We went to see it the day after Thanksgiving. The whole family loved the movie. It was full of so much heart and love for family. The perfect movie for the holiday season. The movie also began with a short called Olaf’s Frozen Adventure. The short was all about Olaf searching for traditions for the Anna and Elsa. It was longer than I expected but pretty funny. 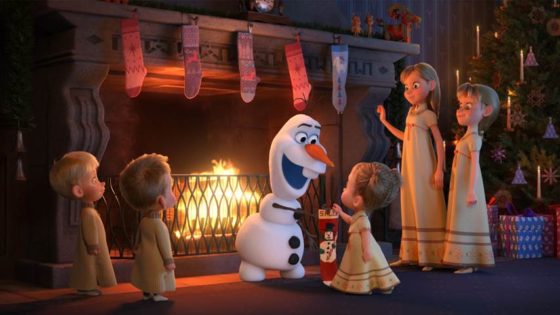 The music of the movie was excellent and Andrew even got up and danced for part of the movie. We were in a cinema pub so we got to have a little dancing room.

The Character of Miguel was a good one. He was a boy who knew in his heart that he wanted to play music and he followed his dreams.

Miguel also knew about the importance of family. He would learn even more as the movie continued but family was of huge importance in this movie.

END_OF_DOCUMENT_TOKEN_TO_BE_REPLACED 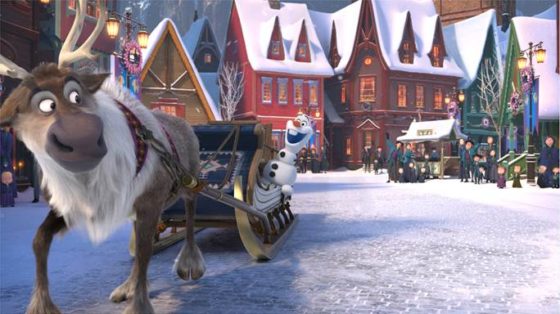 It has been a while since we’ve seen the gang from Frozen on the big screen. When Disney•Pixar’s COCO is released on November 22, 2017 there were be a 21 minute featurette called Olaf’s Frozen Adventure and it will feature 4 all-new original songs. Here is the new trailer for OLAF’S FROZEN ADVENTURE and more information below :

Featuring four new original songs, the 21-minute featurette welcomes the original cast and characters back to the big screen, including Olaf (voice of Josh Gad), who is on a mission to harness the best holiday traditions for Anna (voice of Kristen Bell), Elsa (voice of Idina Menzel) and Kristoff (voice of Jonathan Groff). Directed by Emmy®-winning filmmakers Kevin Deters and Stevie Wermers-Skelton (“Prep & Landing”), produced by Oscar® winner Roy Conli (“Big Hero 6”), with original songs by Elyssa Samsel and Kate Anderson (“Between the Lines”), OLAF’S FROZEN ADVENTURE will be in theaters for a limited time beginning Nov. 22. END_OF_DOCUMENT_TOKEN_TO_BE_REPLACED